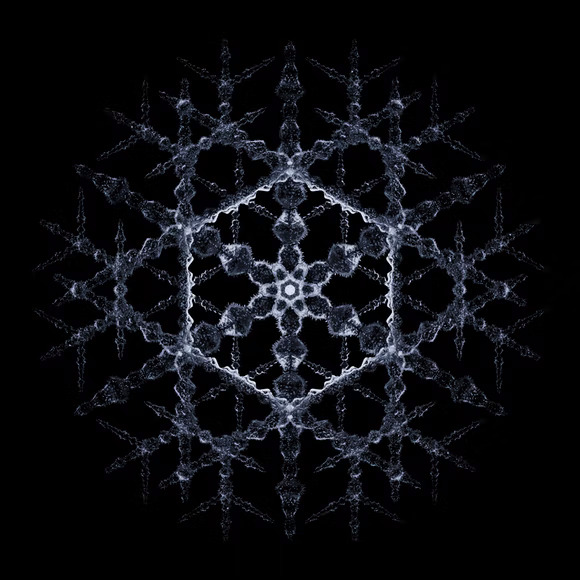 3D templates of protein models are three-dimensional characteristics that reflect protein functional regions such as ligand binding cavities, metal coordination motifs, or catalytic sites. This article looks at methods for creating template libraries and algorithms for searching structures for conserved 3D patterns. Functional annotation from the structure is a crucial subject lately revived due to newer, more precise protein structure prediction technologies. As a result, template-based useful site identification will be valuable in characterising many novel protein models.

Enzymatic catalysis demands a thorough grasp of the geometry of chemically relevant groups, whose relative spatial arrangement is well-defined at each step of the catalytic process. All known catalytic processes are performed by enzymes using a limited ensemble of amino acids, with the 3D shape of the active site required for catalysis to occur. We recently demonstrated that the geometry of active sites is substantially conserved across a broad collection of varied enzyme families, with conformational variation and flexibility reported to varying degrees across different enzymes.

What is a Protein? Learn about the 3D shape and function of macromolecules

Templates are classified into two categories. Coordinate templates comprise a collection of atom coordinates that provide a specific geometry, with each atom type subject to limitations such as matching fuzziness. These coordinates are used to establish distance restrictions applied when a target structure is compared. The Root Mean Square Deviation (RMSD) of comparable atomic locations is used to assess the quality of the match. In contrast, fuzzy templates do not always include hard-coded atom coordinates but rather a collection of geometrical and/or physicochemical properties by finding catalytic centres in high and low-resolution structures. Fuzziness produced by structural variation can only be caught using flexible matching criteria in the matching algorithms, leading to a high proportion of false-positive findings and a reduction in inaccuracy. The structures are then grouped by building a hierarchical dendrogram with pairwise RMSD as a measure, and the tree is pruned to provide structural groups (adjusting pruning height will lead to a coarse or fine clustering).

GTPases are classified into three primary clusters, each corresponding to the binding of a distinct analogue to the native ligand as it is converted during catalysis (Cluster 1: Transition state analogue, GDP.AlF3; Cluster 2: Substrate analogue, GSP; Cluster 3: Product, GDP). We construct a sample template for each cluster based on the site with the highest 3D similarity to the average cluster coordinates. Consequently, three templates are produced, each of which corresponds to a significant conformational state of the active site throughout catalysis advancement. The fundamental variations in geometry are shown in the Arg residue, which directly interacts with the ligands and phosphate groups by establishing an H-bond with an oxygen atom between them. Other residues, such as Gln/Asn and bottom-right Asp/Glu, show some variation, which the templates capture. The templates additionally allow for fuzzy residue matching (AspGlu, Asn-Gln, Ser-Tyr-Thr may be matched alternately) and fuzzy atom matching (e.g. terminal Asn/Gln N and O atoms can be matched interchangeably). This method will result in a far more extensive and robust catalytic template library, which will aid in studying catalysis and the creation of new enzymes.

In template matching, distinguishing real from false-positive matches is an important issue. This primarily relies on template specificity, determined by the set restrictions and the number of residues/atoms (fewer residues result in more broad templates, resulting in more potential hits). For example, in the case of enolases, five-residue templates appear robust enough to assign these enzymes to their superfamily accurately. However, the ideal residue number for other superfamilies may be different. The fundamental question is: What is the excellent specificity for accepting biologically significant matches, such as those originating from convergent evolution? Furthermore, when templates are overly exact, it is challenging to capture structural diversity within the active site; a tradeoff is to loosen matching requirements (e.g. a relatively high pairwise matching distance threshold or a high RMSD threshold). This comes at a cost in processing speed since more considerable distance, and RMSD thresholds result in slower algorithm runs and a higher false/proper positive ratio. Individual atoms can be weighted according to arbitrary criteria in the recently proposed parametric templates, which may provide a practical solution to these challenges.

The back-end method, on the other hand, was optimised by imposing a sequence-order constraint that required matching residues to be in the same sequential order as in the template. Although this provides resilience in discovering matches in proteins connected by evolution, it is severely constrained in recognising convergent active site geometries or functional motifs where residues may have been replaced by others at various positions in the sequence.

Because experimental functional characterizations are time-consuming and seldom impartial, functional annotation has long piqued the attention of protein scientists. As a result, numerous computational techniques have been devised. These were widely used during the emergence of structural genomics two decades ago, when more than 15,000 experimentally identified structures were added, many of which were functionally uncharacterized.

Templates may also be used to examine the evolution of proteins. In instances where sequence and structure have diverged to the point where it is impossible to differentiate random (non-functional) resemblances from convergent evolution events and similarities due to a common ancestor, inference of evolutionary relationships becomes a difficult task.

Through 3D templates, phenomena like convergent and divergent evolution, functional promiscuity, moonlighting, and active site flexibility may be found and defined. Such methods, however, are seldom easy. Protein structure analysis may aid in elucidating the evolutionary process when sequences have diverged to such a degree that links are challenging to establish. Template libraries may help infer evolutionary paths to a novel function, an essential part of protein/enzyme design.

Templates fundamentally represent the functional groups of catalytic residues, and available group combinations are accountable for each mechanical step by combining them with mechanistic information. These modules may be used as jigsaw pieces to help modify or construct catalytic centers in artificial enzyme design. Furthermore, template-based investigations of evolutionary events in enzymes are being investigated; these template approaches are expected to provide a comprehensive set of tools for designing, repurposing, and modifying enzymes by emulating how nature alters enzyme active sites to preserve function.