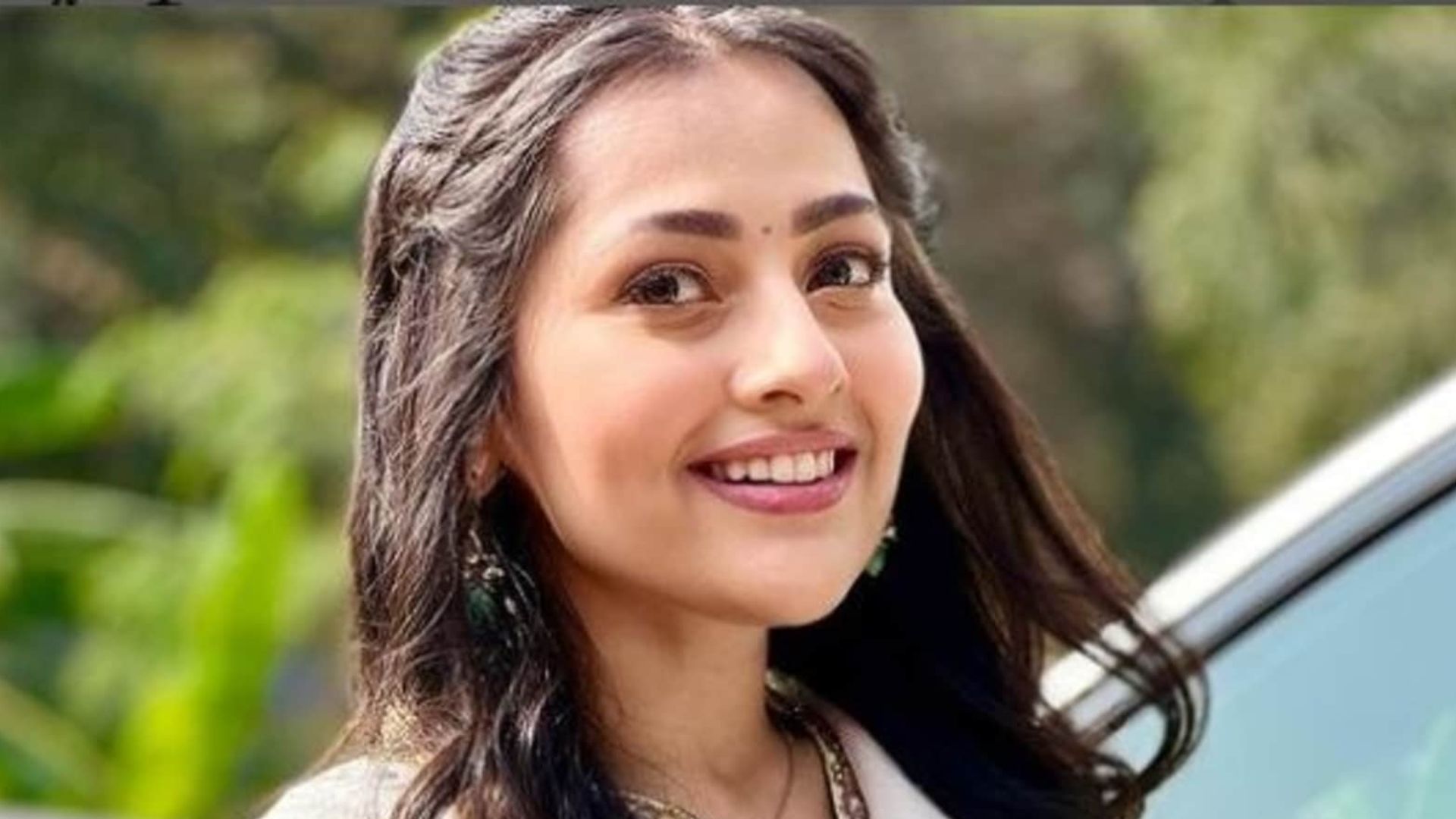 Anagha Bhosale is a well-known name in Indian television, particularly in the Hindi television serials and Bollywood films in which she appears. Because of her performance as Shraddha Pradhan Jhavar in the television series "Dadi Amma Dadi Amma Maan Jaao".

She gained a significant amount of notoriety and recognition. Anagha Bhosale has been in the show, and everyone has been impressed by how good she is at acting.

Anagha Bhosale is an Indian actress who was born and raised in the city of Pune in the state of Maharashtra. Anagha's birthday is January 27, 2000, which means she is now 22 years old. She was raised in a family that practices Hinduism.

The role of Nandini, which the actress played in the program Anupamaa is shown on Star Plus, brought her the most fame. Her career was catapulted forward when she was cast in the pivotal role of the second female lead in the Indian television series Anupamaa. Her debut on the small screen was in the television series Dadi Amma Dadi Amma Maan Jaao, which aired on Star Plus in the year 2020.

Her lifelong interest in performing has been the driving force behind her entry into the Bollywood film business in Mumbai. Anagha's first job was modeling in Mumbai, where she lived at the time. In addition to that, she posed for a print session that was held by Neelkanth Jewellers. At the same time, she participated in casting calls for several television programs.

Anagha Bhosale had already established a presence in the world of modeling by the time she had finished her schooling up to the 12th grade. She decided to become an actress after getting her bachelor's degree, so she moved to Mumbai to do so.

After traveling all the way to Ramnagar for her initial audition, Anagha was told that she would not be considered for the role. Even when she was little, she has always shown an interest in the performing arts and modeling.

She used to perform in a lot of plays and stage shows when she was in high school and college, and she was always the center of attention and received a lot of compliments for her work. The actress kicked off her career in the entertainment industry by making her debut in a television series.

She was Shraddha Pradhan in the television show that she appeared in. Rajshri Productions is in charge of the show's production, while Vikram Ghai is the director. The program made its debut on January 27th, 2020, for the very first time.

Although the program was immediately pulled off the air because of the COVID-19 shutdown, it was subsequently revealed that the show would not be brought back when the coronavirus pandemic was over. She has also been the subject of a number of photo sessions and television ads.

In addition to all of this, she is a devout follower of Lord Krishna and often visits ISKON temples. In addition, she has graced the cover of a number of prestigious publications in India, such as Downtown Mirror, Grande Estyle, Cosmopolitan, and Femina, amongst others. Anagha is a major fan of fragrances, and she has an extensive collection of upscale brands in her house. 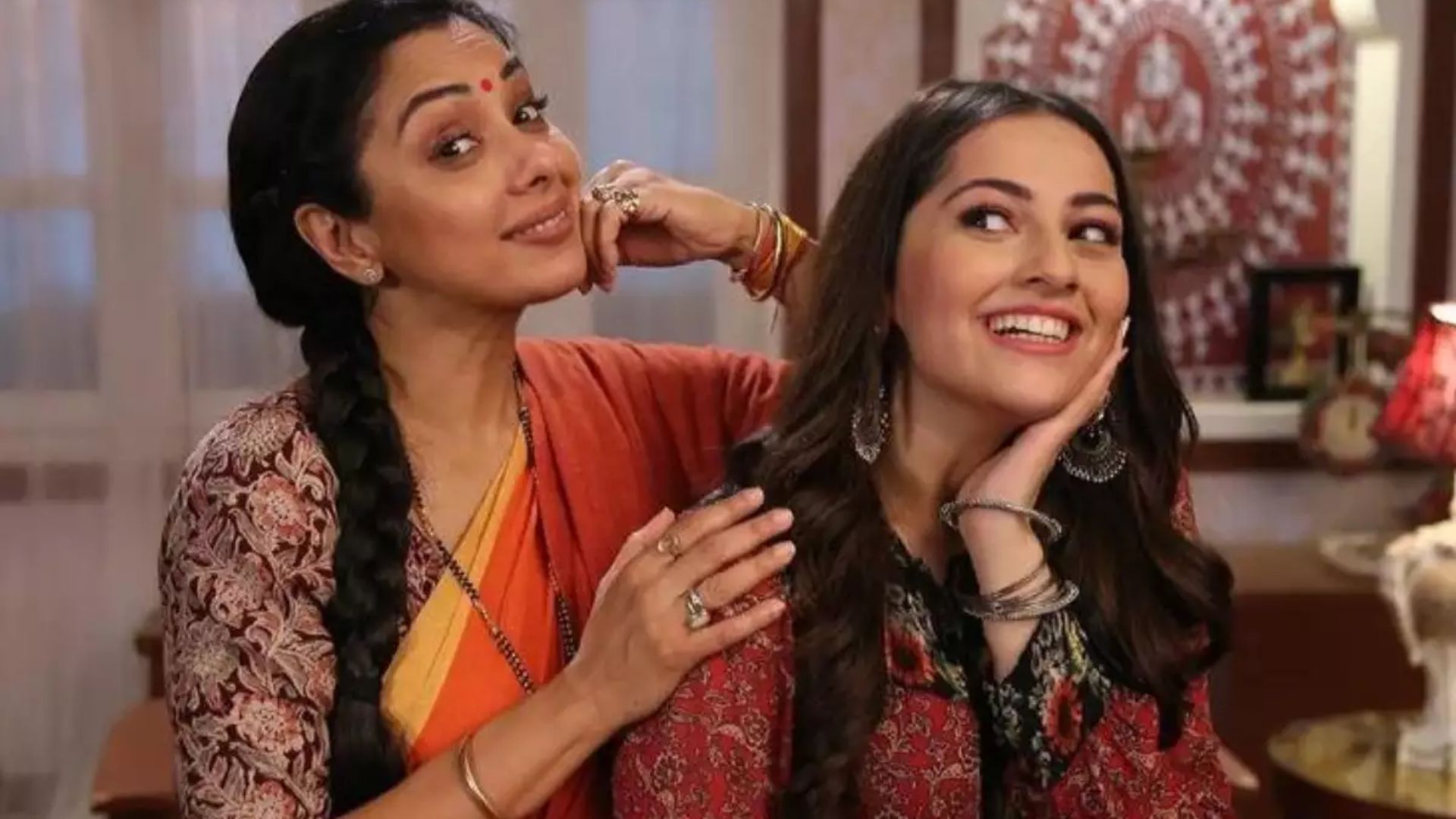 Anagha Bhosale Having Fun With Friend

Some Interesting Facts Regarding Anagha Bhosale

Anagha stands tall at a height of 5 feet 5 inches and weighs roughly 55 kg. She has a charming and endearing demeanor. Her facial expressions are always sweet and childlike. She has lovely, huge eyes, which contribute to her overall attractive appearance.

In addition, Bhosale maintains her fitness by engaging in regular workouts both at the gym and in the comfort of her own home. The stunning woman has the ideal physical dimensions of 34 inches by 26 inches by 34 inches.

Anagaha has built up a significant following across several social media platforms in addition to her work in modeling and television programs. She has a huge following on Instagram thanks to the fact that she often posts information related to her lifestyle as well as stunning photos of herself dressed in the latest fashions.

She has amassed a huge following on Instagram, numbering in the millions. On Instagram, she has one million people following her. The character of Anagha, who appears in the television series, is just as powerful in real life.

Anagha enjoys dressing up as if she were an average girl, but in addition to that, she is skilled in unusual activities such as boxing. That Anagha is a boxer may be deduced from the fact that she has published on her Instagram account several images of herself engaging in the sport of boxing. These pictures were published some time ago.

In addition to this, Anagha enjoys creating reels for Instagram, and she often exchanges reels with her co-stars in the serials that she appears in on her Instagram profile. The majority of Anagha's on-screen co-stars also appear in Madala and Paras Sharma's films.

Currently, Anagha has a net worth of over 80 lakh rupees. TV shows, modeling, commercial endorsements, and social media platforms are her main revenue streams. Her profession is busy, so it is probable that her net worth will rise in the years to come.

Anagha is not yet married.

What Year Was Anagha Bhosale Born?

Anagha Bhosale was born under the sign of Aquarius.

Indian model, actress, Instagram sensation, and social media personality Anagha Bhosale is well-known. She has a million followers on Instagram, which contributes to her enormous fan base. With our best wishes for her, she will be able to do more in the future.