Anxiety Disorders - The Use Of Neurosteroids As Neuromodulators 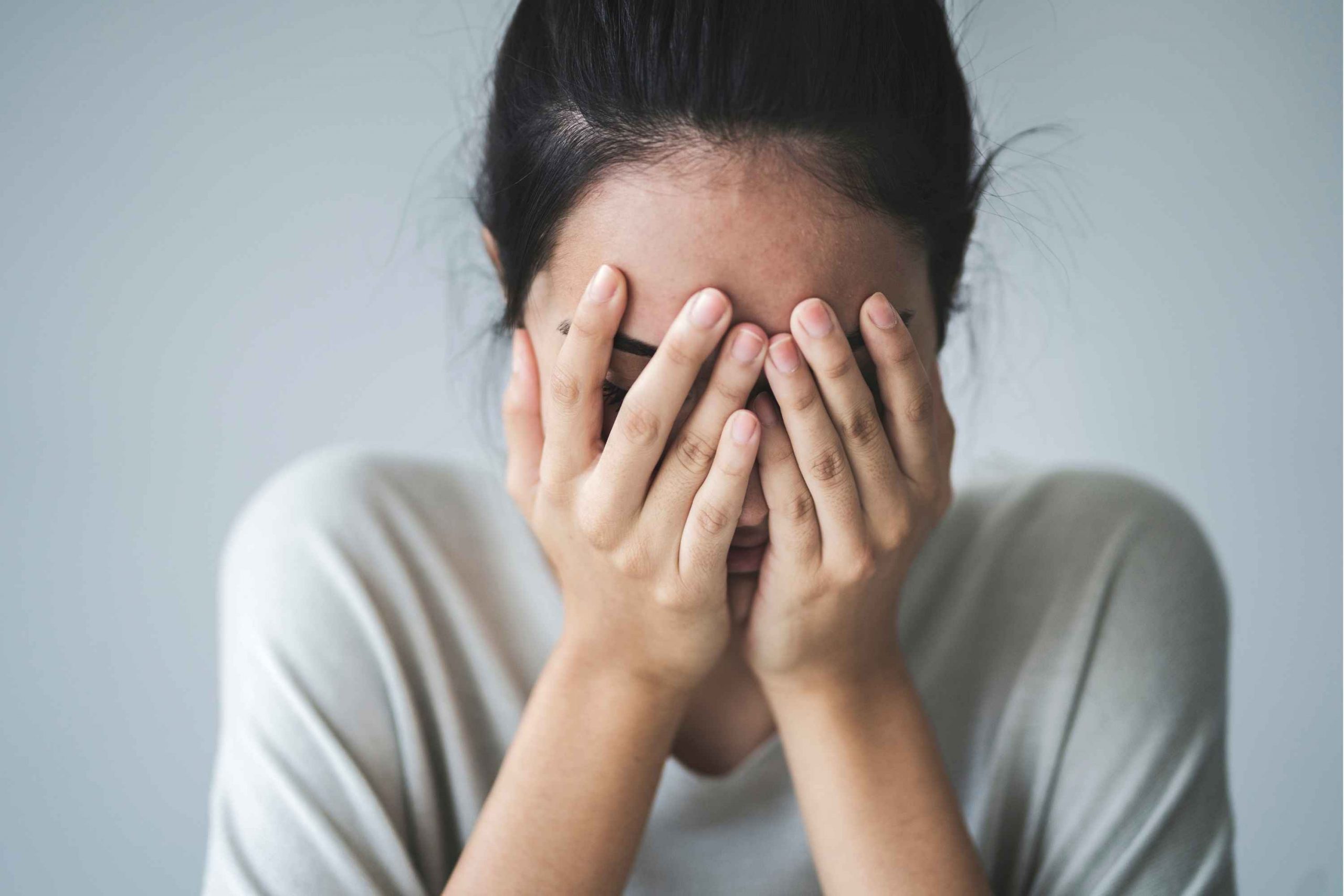 According to recent epidemiological research, they are the most common type of mental problem, with a high degree of comorbidity with other physical and psychiatric conditions.

Anxiety disorders can be effectively treated with both medication and psychotherapy. The selective serotonin reuptake inhibitors (SSRIs) are first-line medications that show anxiolytic benefits after many weeks of treatment.

Benzodiazepines (BDZs), on the other hand, are the most frequently utilized anxiolytic drugs and have a rapid onset of action. Anxiety disorders such as panic disorder have been linked to low levels of Γ-aminobutyric acid (GABA).

What Is Anxiety Disorder?

Anxiety is defined as a state of tension, disquiet, or worry that exists in the absence of an imminent threat. It is distinct from fear, which is the body's normal reaction to imminent danger.

Anxiety is a natural reaction to stress, and therefore it can be beneficial at times, making you more aware and ready to act.

Anxiety disorders and the typical emotions of anxiety are not the same thing. Many of us experience anxiety when confronted with stressful events, but if those feelings persist, the worry may become chronic. An anxiety disorder may be present when emotions of fear or uneasiness become severe, difficult to regulate, or interfere with daily life. We all experience anxiety from time to time, but with an anxiety disorder, the anxiety is rather constant and has a significant negative and invasive impact on quality of life.

What is an Anxiety Disorder?

What Are The Symptoms Of Anxiety?

Sweating, a racing heart, shortness of breath, shaking, worry, or tension are physical and psychological indications of fear and anxiety. These are cues that something could be a threat and that you need to deal with it.

Flight or fight awakens physical and psychological resources to deal with threats. Sometimes this mechanism goes into overdrive and does more harm than good, and this could suggest nervousness.

What Are Some Types Of Anxiety Disorders?

Anxiety disorders are classified into numerous kinds. Even though they all have anxiety symptoms, each has its own set of characteristics, signs, and diagnostic criteria.

Agoraphobia is the unreasonable and intense dread of being trapped in a situation from which there is no way out. People often worry about having panic attacks or other symptoms in public. This makes them avoid situations where they might feel scared, helpless, or trapped.

These avoidance habits are frequently life-threatening, prompting people to avoid driving, shopping in public, flying, and other situations. This fear can grow so intense in some circumstances that people are unable to leave their houses.

Selective mutism causes childhood worry and causes fear, embarrassment, or anxiety that keeps kids from speaking up at school or around strangers.

Selective mutism usually begins between ages 2 and 4 and is accompanied by fidgeting, lack of eye contact, and a lack of expressiveness.

Social anxiety disorder (SAD) was formerly called social phobia. This phobia may focus on specific events like public speaking or be more generic.

People with this syndrome feel constantly watched. They may be self-critical and fearful in social situations.

Certain phobias involve extreme, unreasonable fear of a specific object or scenario. When people with a specific phobia face their fears, they sweat, cry, shake, have a fast heartbeat, and breathe more quickly.

People with phobias may go to tremendous measures to avoid their fear, as with other anxiety illnesses. This might generate tension and hinder everyday activities.

What Are The Effect Of Neurosteroids In The Treatment Of Anxiety?

Serotonin transporter knockout mice and the resulting change in 5-HT homeostasis taught, for example, that 5-HT receptor density might vary. 5-HT1A and 5-HT2A receptors are decreasing, while 5-HT1C receptors are increasing. 1A, 2A, and 2C serotonin receptor subtypes are important in mood and anxiety regulation. Long-term fluoxetine alters cannabinoid type-1 receptor activation via 5HT1A receptors.

Sigma receptors are an opioid subclass. Two distinct receptors, sigma-1 and sigma-2, have been characterized.

Neurosteroids are likely endogenous sigma-1 ligands. Sigma ligands can counteract neurosteroids's antidepressant and anxiolytic activity. Steroids, especially progesterone, reduce sigma receptor binding in the brain and spleen. Progesterone is a very strong antagonist for the sigma-1 receptor, while pregnenolone, DHEA, and their sulfate esters are all agonists.

Anxiety is frequently treated with Γ-aminobutyric acid or serotonergic drugs. BDZs and SSRIs are common treatments because more and more evidence shows that glutamatergic neurotransmission is linked to the stress response and anxiety disorders.

Neurosteroids alter neuronal excitability by interacting with neurotransmitter receptors. While 3α, 5α-THP binds to GABAA receptors and increases Cl-channel opening time and frequency. Pregnenolone sulfate (PREGS) is a positive NMDA receptor modulator and a negative GABAA receptor modulator. Behavioral studies demonstrate that progesterone or progesterone metabolites (such as 3α, 5α-THP) boost the anxiolytic profile in anxiety tests such as the elevated plus maze or the open field test.

3α, 5α-THP administered systemically in mice demonstrated an anxiolytic character similar to benzodiazepines or barbiturates. Neurosteroids that modulate GABAA receptors are anxiolytic, sedative, and anticonvulsive. When PREGS were administered intravenously, the effects on anxiety reactions varied according to the dose and the behavior test. 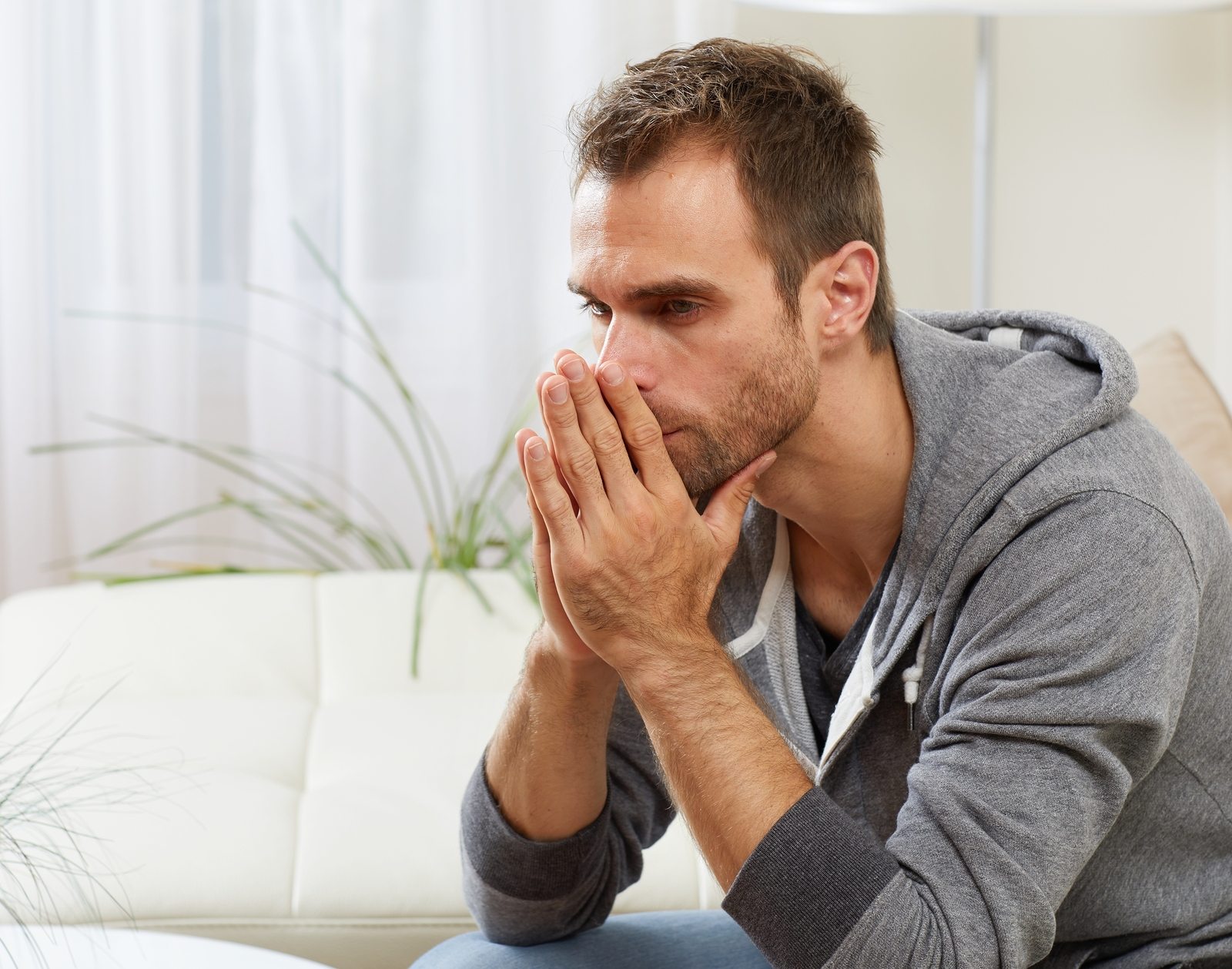 What Causes An Anxiety Disorder?

An anxiety disorder may develop as a result of prolonged exposure to high levels of stress over a period of time. Someone who has a predisposition to anxiety disorders may be more likely to develop the disorder after experiencing a traumatic event. Hereditary factors have a role, as anxiety disorders frequently run in families.

What Does Anxiety Do To A Person?

Anxiety disorders are known to cause symptoms such as a racing heartbeat, palpitations, and soreness in the chest. In addition to this, there is a possibility that you will develop excessive blood pressure as well as heart disease. Anxiety disorders have been shown to increase the risk of coronary events in patients who already have heart disease.

How Do You Know You Have Anxiety Disorders?

Your worry is out of your control, and it's causing you a lot of stress. Your anxiety makes its way into all aspects of your life, including the classroom, the workplace, and your personal relationships. You are unable to let go of your worries, and you worry about a wide variety of things, including major issues like your career or health, and minor problems like doing the chores around the house.

Is Anxiety Disorder A Mental Illness?

Anxiety disorders are the most prevalent kind of mental illness, affecting roughly one in every four adults at some point in their lives. However, anxiety disorders may be treated, and there are a variety of treatments that are proven to be helpful. Most people get better after treatment, which allows them to live normal, useful lives.

Neurosteroids are potent central nervous system modulators that alter a variety of neurophysiological processes. They begin to act at low doses and may affect various neurotransmitter pathways.

Their capacity to control several pathways that interact with one another makes them promising candidates for the pharmacotherapy of anxiety disorders, especially when combined with other mental illnesses such as mood disorders.

One goal could be to find a synthetic NS with strong anxiolytic-like effects that can be easily distinguished from sedative/ataxic effects.

The new medications should have a high oral bioavailability. NS appears to be less addictive than benzodiazepines.

Reduced abuse liability, combined with a lack of interaction with ethanol, may provide an advantage over currently available benzodiazepine anxiolytics.

Furthermore, translocator protein ligands can increase steroid synthesis, restore neurosteroid-mediated neurotransmission in the brain, and so compensate for anxiety conditions.