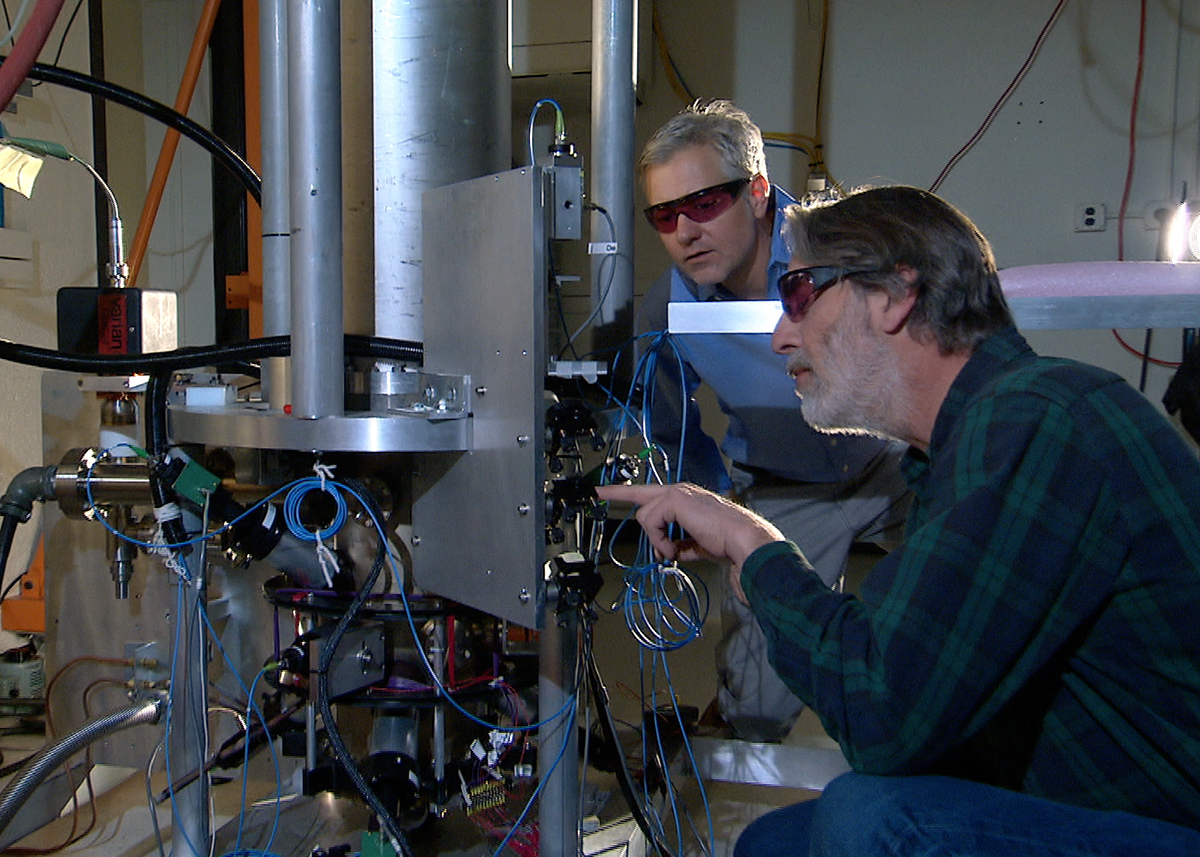 Thanks to optical atomic clocks, we have the best way to measure time and frequency.

By comparing the frequencies of clocks in different places with great accuracy, you can do geodesy, figure out systematic clock shifts, test the space-time variation of fundamental constants, and find out what dark matter is made of.

To keep track of time, atomic clocks monitor the resonance frequencies at which atoms vibrate when their electrons transition between energy states.

This was formerly accomplished with the help of microwaves and cesium atoms, but since the year 2000, new atoms have been used that operate on visible light instead.

These are examples of optical atomic clocks, and they use atomic nuclei like ytterbium, mercury, and strontium.

The atomic pulse is one of the most consistent timekeepers in the universe.

Yet, when pushed to their limits, even the most sophisticated atomic clocks based on variants of these quantum timekeepers lose count.

What Are Atomic Clocks?

Although atomic clocks may sound futuristic or like something that would only be possible in a top secret physics lab, they have actually been around since the 1950s. However, these clocks are not likely to make their way into your home anytime soon, as they may be the size of an armoire cabinet and are made up of a tangled web of stainless steel, lasers, wires, and cables that are joined to a vacuum chamber that houses the minuscule stars of the show.

Scientists first figured out how the atom worked during World War II. This led to quantum physics and the idea that the smallest building blocks of matter could be used in things like the atomic clock.

Even though it operates on a much smaller scale, an atomic clock uses the same basic principles as a traditional clock, providing a measurable periodic event. You may measure the passage of time by tracking the transitions between energy states of electrons in an atomic clock, much like you would a pendulum or a tuning fork in a mechanical or quartz clock.

The GPS system, international web communications, stock market trades that are measured in fractions of a second and Olympic events that are timed all rely on the incredibly accurate timing provided by atomic clocks. But scientists have made atomic clocks that are even more accurate, which may help us learn more about things like dark matter that we didn't know existed before.

When radio waves and then microwaves (a sort of high-frequency electromagnetic radiation) became available, scientists found a technique to transmit cesium atoms through them. The radiation jolt in this early atomic clock forced the atom's electrons to hop between energy levels, or orbits, around the nucleus.

Since each element's atoms only react to their own unique frequency (the number of waves that pass by a point in space in a given amount of time), scientists have been able to use this frequency as a reliable and consistent means of measuring time. Since cesium atoms have a significantly higher resonance frequency than the quartz used in wristwatches, this material was an early contender for developing a superior timekeeper.

Due to its single electron shell, cesium is chemically reactive to microwaves. The frequency at which the electrons in a cesium atom transition between the two energy levels has replaced the meter as the standard for measuring time. NIST's cesium atomic clock at Gaithersburg, Maryland, is so precise that it wouldn't lose a second in a hundred million years.

One second would take about 30 billion years to be lost by today's most precise atomic clock. As a reference, experts have found that mechanical clocks can lose several seconds per month. No one can possibly see the point in a watch that is that precise.

Keeping two atomic clocks at various altitudes and observing that they "tick" at different speeds because they encounter varying levels of gravity is one such experiment that leads to jaw-dropping demonstrations of relativity principles. The second is that it will give scientists a way to study things they couldn't before, like the nature of dark matter, by looking at tiny changes in gravitational waves.

The inherent vibrations of atoms serve as the clock's pendulum in an atomic clock. But because atomic oscillations are more stable and happen more quickly, atomic clocks are much more accurate than regular clocks.

Although there is a wide variety of atomic clocks, they all follow the same basic idea, which is explained below.

Before being packed into a beam, the atoms are first cooked in an oven. Each atom can exist in one of two distinct energy states.

Those two states are called hyperfine levels, but we'll refer to them as states A and B here. The atoms in state B are subsequently swept out of the beam by a magnetic field, leaving only atoms in state A.

Some of the atoms in state A are forced to transition to state B when they pass through a resonator and are exposed to microwave radiation. Atoms still in state A are swept away by a second magnetic field from behind the resonator. Each atom that transitions to state B is then counted by a detector.

The frequency of the microwave radiation determines how many atoms will undergo a phase transition as they travel through the resonator. When the frequency is in phase with the atoms' natural oscillation frequency, there are more changes in atomic states.

For this experiment, we need to precisely match the microwave frequency to the atomic oscillation. A second has passed after exactly 9,192,631,770 oscillations.

Atomic clocks: how they work and why they're useful

Atomic clock precision changes and evolves over time. The NIST-F1 in Boulder, Colorado, is one of the most exact clocks in the world, with an anticipated error of only 1 second in nearly 100 million years.

A caesium fountain clock uses lasers to concentrate the atoms into a cloud, cool them down, and then toss them aloft. Using this technique, the atoms' native frequencies can be approximated more accurately over a longer measurement period.

Researchers are working on a new technology to improve upon the precision of existing atomic clocks. An optical atomic clock is one that measures the frequency of atomic oscillations with the help of light in the visible spectrum.

Light rays can be used for more accurate measurements since their resonance frequency is roughly 50,000 times greater than that of microwave radiation. The new optical clock is predicted to be off by 1 second every 15 billion years.

Why Do We Need Atomic Clocks?

Coordinated Universal Time (UTC) and local times around the world are partly based on International Atomic Time (TAI), which is calculated using data from about 400 atomic clocks around the world.

By combining the atomic clocks of two separate devices, it is feasible to achieve the Heisenberg limit, the highest level of accuracy permitted by quantum theory. That's what scientists say they were able to do in a recent study using a setup consisting of two strontium-atom clocks separated by two meters.

Through their efforts, uncertainty was cut by a factor of 1.4. Because of their entanglement, particles that we usually think of as separate act as if they were part of the same system. Regardless of how far apart they are, a change in one triggers an instantaneous response in the other.

Many scientists feel worried about the possibility of this happening between two particles at opposite ends of the cosmos. A "spooky action at a distance," as Einstein put it. But this is not a cause-and-effect relationship; the particles are always entangled, and every action on a single particle, like observing it, changes the state as a whole.

Lab-created entangled states are extremely removed from this robust system. They are easily broken because of their frail nature. This new paper emphasizes the severity of the problem by saying that this is merely a proof of concept using a minimal network of optical clocks.

The study not only reveals the method's drawbacks but also suggests ways to overcome them. Before optical atomic clocks can reach their full potential, there are still a few problems that need to be fixed. 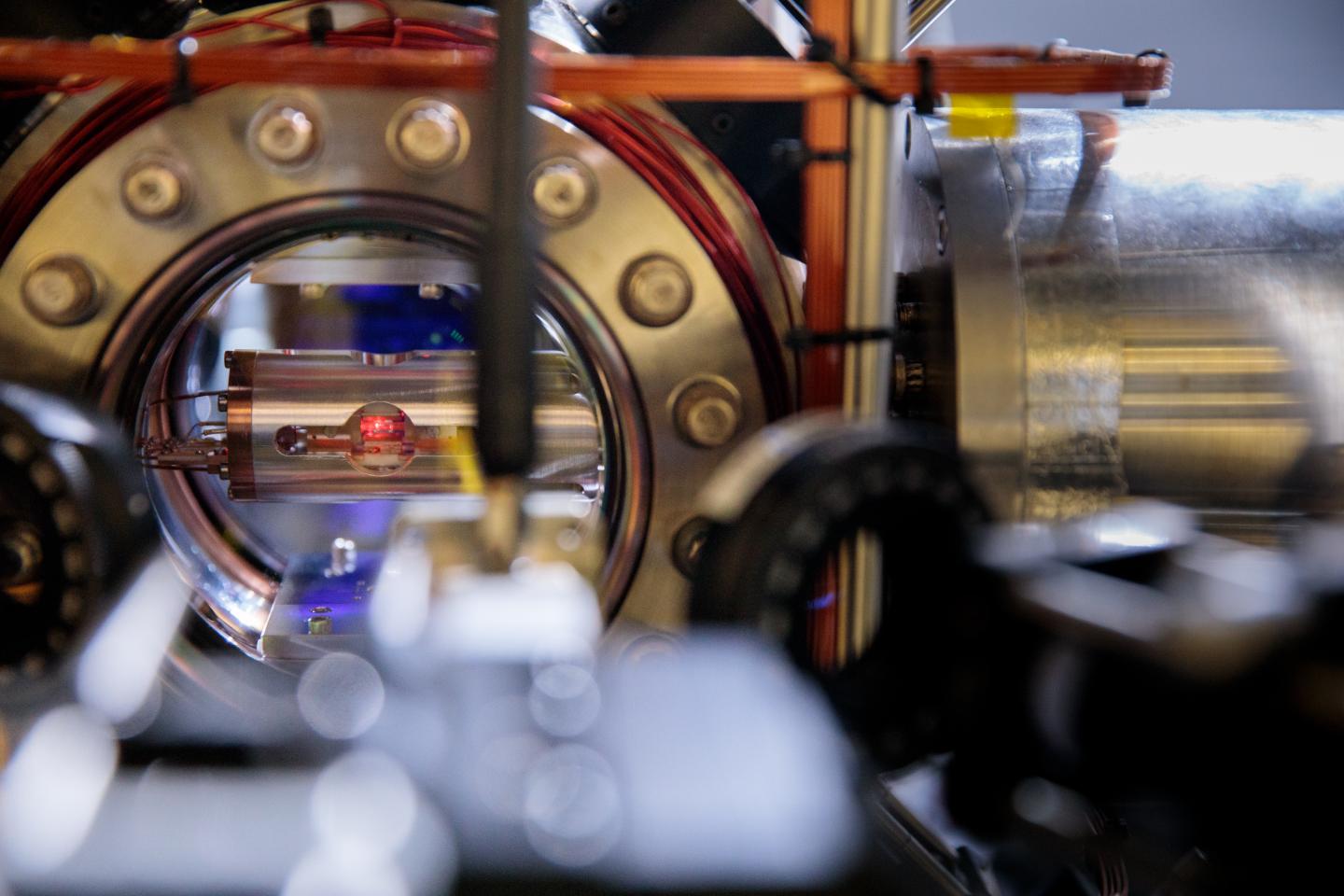 A type of atomic clock with atoms in it

According to physicist Raghavendra Srinivas:

While our result is very much a proof-of-principle, and the absolute precision we achieve is a few orders of magnitude below the state of the art, we hope that the techniques shown here might someday improve state-of the art systems. At some point, entanglement will be required as it provides a path to the ultimate precision allowed by quantum theory.

We may need to improve the accuracy of atomic clocks in order to measure the tiny changes in time caused by masses at the smallest distances. This could lead to quantum theories of gravity. Entanglement could be used outside of academia in fields like quantum computing, cryptography, and communications to make quantum measurements more accurate.

Are Atomic Clocks The Most Accurate?

When it comes to accuracy, nothing beats an atomic clock. Atoms vibrate at a consistent frequency, like a lot of tiny pendulums swinging at the same time. These high-tech sensors use lasers to measure this frequency.

When purchased in North America, radio-controlled clocks (atomic clocks) are always set to receive and synchronize with the National Institute of Standards and Technology's atomic clock radio station, WWVB, in Boulder, Colorado.

How Long Does An Atomic Clock Last?

Recently, physicists have revealed the creation of one of the most accurate atomic clocks ever. With this equipment, scientists will be able to take more precise readings of gravitational waves, dark matter, and other physical phenomena because it loses only one second every 300 billion years.

Atomic clocks do not emit any radioactive particles. They are not dependent on the disintegration of atomic particles. Instead, they are made like regular clocks, with a spring and a mass that moves back and forth.

During its development, the technology has been tested in a lot of different ways and with a lot of different materials. It has reached a point where a second's worth of error in its frequencies can be added up over the 13 billion or so years of the Universe, which suggests that our current way of measuring time may not be good enough.

No matter how precise this technology is, there comes a moment where the laws of time-keeping become a little ambiguous due to the uncertainties of the quantum landscape, which introduce a number of catch-22 situations.

To give an example, higher light frequencies can make things more accurate, but they also make the tiny differences between the photon's kick and the atom's response stand out more.