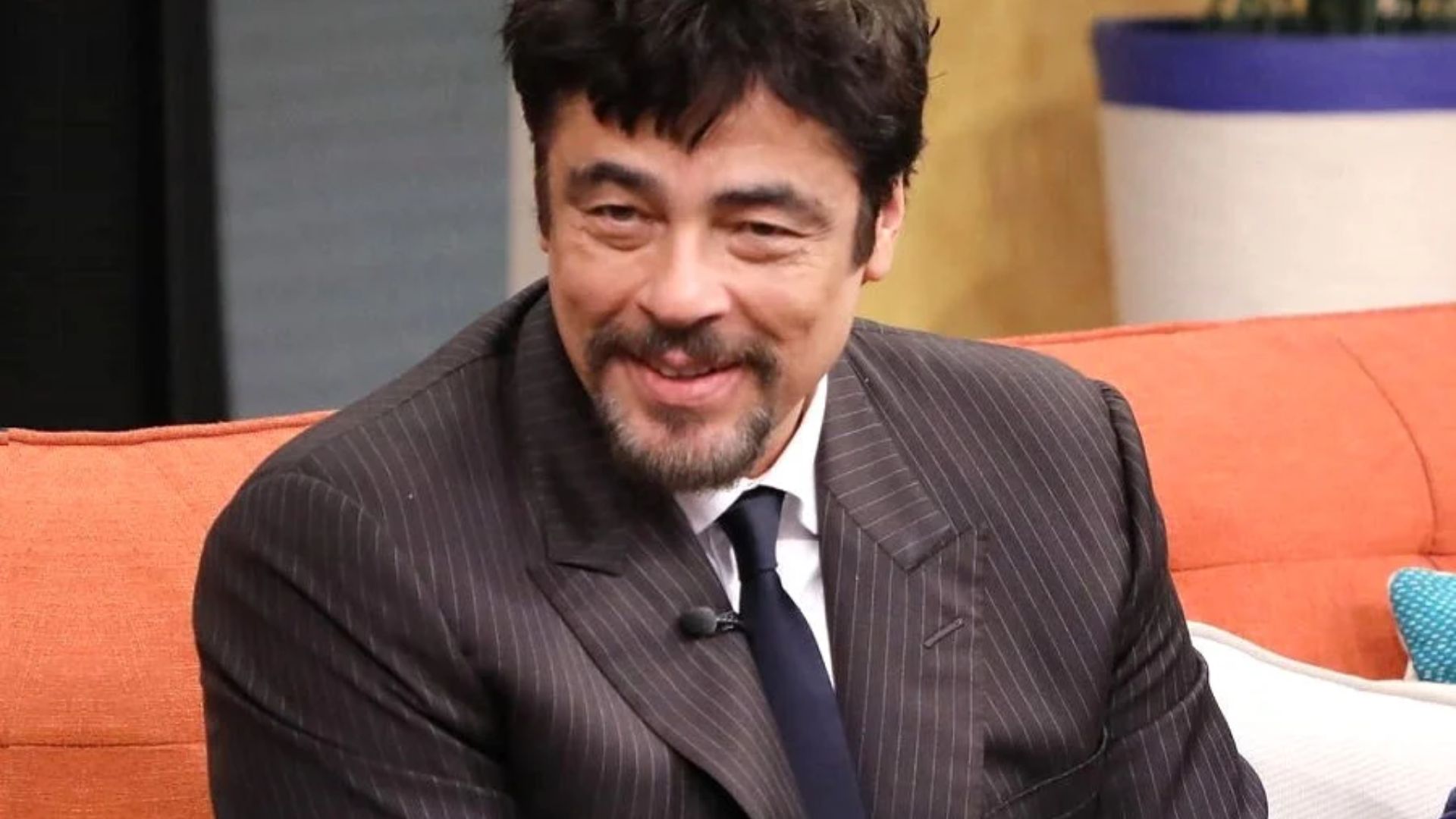 A well-known actor from Puerto Rico is Benicio del Toro. Over the years, he has acted in some fantastic movies, including The Usual Suspects, Traffic, and Snatch. In addition, he has received a BAFTA, a Golden Globe, and an Academy Award.

He garnered acclaim for his performances in movies like "Traffic" and "21 Grams." Benicio del Toro has a reputation for being adaptable. He has performed as Che Guevara, several criminals, Star Wars characters, Marvel characters, and many more.

In Puerto Rico, Benicio Del Toro was born to attorneys Gustavo Adolfo Del Toro and Fausta Genoveva. He was brought up as a Roman Catholic and has mixed origins. His father moved to Pennsylvania, where he finished high school when his mother passed away when he was nine years old.

He enrolled at the University of California to pursue a business degree on his father's recommendation, but after taking an acting class, he changed his mind and decided to make theater his full-time profession instead. Without alerting his family, he abandoned his business program and began taking lessons at the Circle in the Square Professional Theatre School. Then, on a scholarship, he proceeded to study at the renowned Stella Adler Conservatory.

The Career Of Benicio Del Toro

Del Toro was mostly typecast as a crook and drug trafficker in modest TV roles during the 1980s. On programs like "Miami Vice" and "Drug Wars: The Camarena Story," he first made an appearance. He began to become somewhat more well-known during the close of the 1980s, and "Big Top Pee-wee," his first movie, was released in 1988.

At age 21, he made history the next year when he played the youngest-ever Bond villain in "License to Kill." with appearances in films like "The Indian Runner," "China Moon," "Christopher Columbus: The Discovery," "Money for Nothing," "Fearless," and "Swimming with Sharks."

Benicio del Toro started to distinguish himself as a film actor in the 1990s. Benicio's career was advanced by these parts, but they were nothing compared to his upcoming booking. He made his name as the muttering, incomprehensible criminal Fred Fenster in "The Usual Suspects" in 1995.

Del Toro earned an Independent Spirit Award for Best Supporting Male after receiving a barrage of accolades from critics for his performance. After establishing himself in Hollywood, Benicio went on to get more prominent parts in movies like "The Funeral" and "Basquiat."

He co-starred with Robert De Niro as a Puerto Rican baseball player in the thriller "The Fan." Del Toro followed up with "Excessive Baggage" in 1997, joining Alicia Silverstone in the cast. For his role as Dr. Gonzo in the cult classic movie "Fear and Loathing in Las Vegas" in 1998, del Toro put on an incredible 40 pounds.

This surrealistic performance helped the performer gain a larger following. He played the lead in "The Way of the Gun" in 2000. But his performance in "Traffic," in which he portrayed a Mexican policeman battling to defend justice despite pervasive corruption, was the highlight of that year.

He received the Academy Award for Best Supporting Actor and delivered the majority of his lines in Spanish. For this performance, Benicio also received a Screen Actors Guild Award and a Golden Globe Award. Additionally, "Traffic" succeeded at the box office.

Shortly after accomplishing this feat, del Toro showed off his incredible adaptability by switching gears and taking on a more humorous part in the British film "Snatch," in which he portrayed "Franky Four Fingers." Benicio is featured in "The Pledge" after making appearances in "The Hunted" and "21 Grams."

This later movie would go on to receive a great deal of critical acclaim, and Benicio received yet another Oscar nomination. Del Toro appeared in movies like "Sin City" and "Things We Lost in the Fire" throughout the following time frame.

Benicio received the Best Actor Prize at the 2008 Cannes Film Festival for his depiction of Che Guevara in the two movies that make up the "Che" trilogy. Del Toro produced and performed in the movie "The Wolf Man" in 2010.

Benicio made his debut appearance in the Marvel Cinematic Universe in 2013 when he took on the character of The Collector in the movie "Thor: The Dark World." The box office takes for this movie were over $644 million.

In the 2014 movie "Guardians of the Galaxy," which brought in over $772 million, he played this character once again. Benicio performed The Collector for the third time in "Avengers: Infinity War," which was released in 2018 and earned $2.048 billion at the box office.

Del Toro returned to his roots in crime films with "Sicario" in 2015. The movie was a commercial and critical success, and reviewers praised Benicio's performance once again. In the 2018 sequel "Sicaro: Day of the Soldado," he played the same character once again. He had made an appearance in "Star Wars: The Last Jedi" the year before. 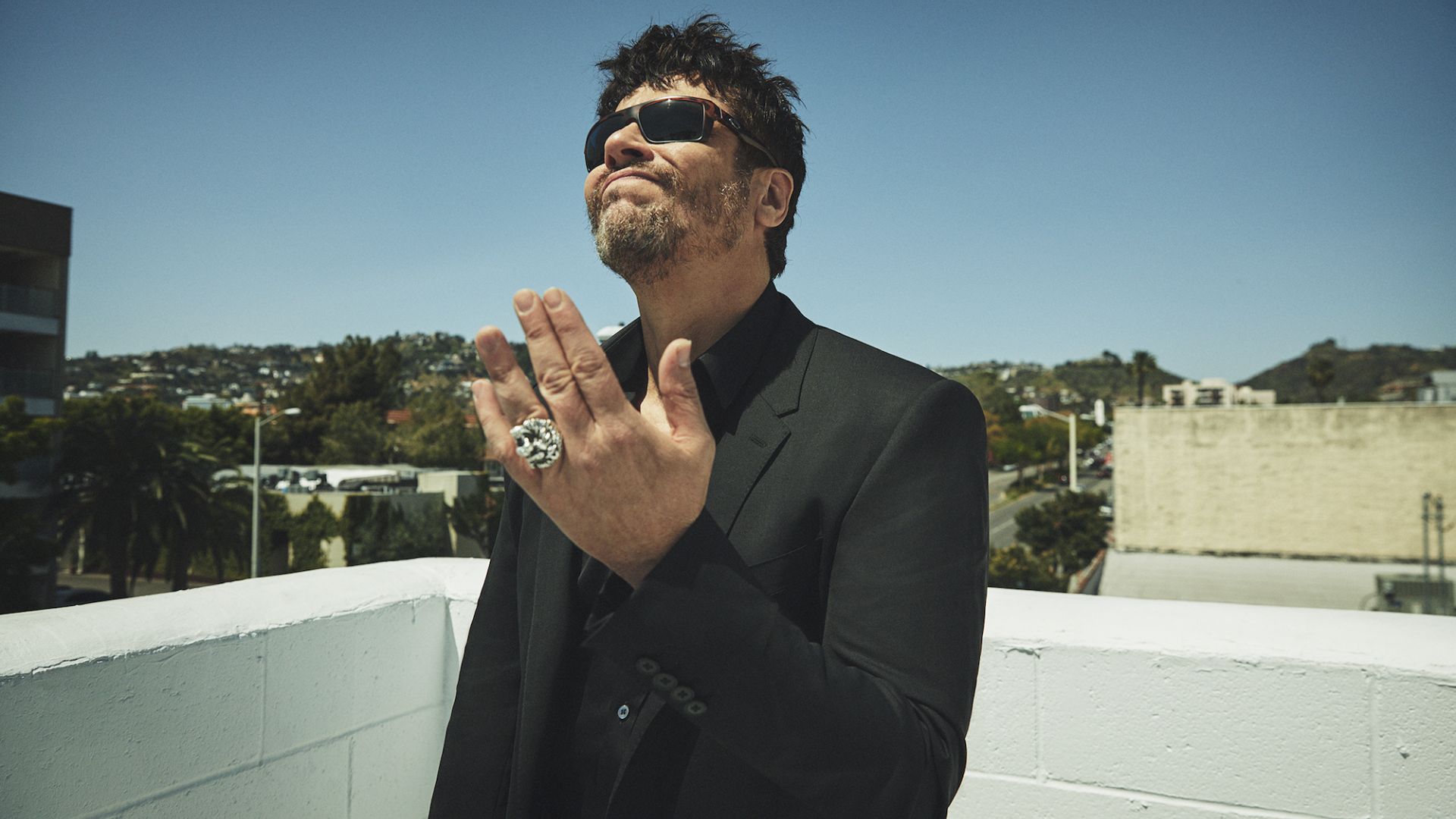 Benicio Del Toro Looking Towards Sky With Sunglasses On Eyes

He earned the Academy Award for Best Supporting Actor in the 2000's criminal thriller "Traffic" for his performance as Javier Rodriguez. He also won a BAFTA for Best Actor in a Supporting Role for the same role.

Numerous women, including actors like Alicia Silverstone, Heather Graham, Sara Foster, Valeria Golino, Chiara Mastroianni, and Claire Forlani, have been connected to him. Despite not being in a relationship, he and Kimberly Stewart said they were expecting their first child in April 2011. On August 21, 2011, Kimberly gave birth to a daughter named Delilah.

The Net Worth Of Benicio Del Toro

Benicio Del Toro Was Born On What Day?

What Does Benicio Del Toro Do For A Living?

He is a producer and actor.

Benicio del Toro's pleasure with his present circumstances is now tipping the scales between his personal and professional lives. He aspires to achieve a variety of objectives in the future, in addition to inspiring his peers and younger generations.