Cholesterol And Diabetes - The Hot Debate 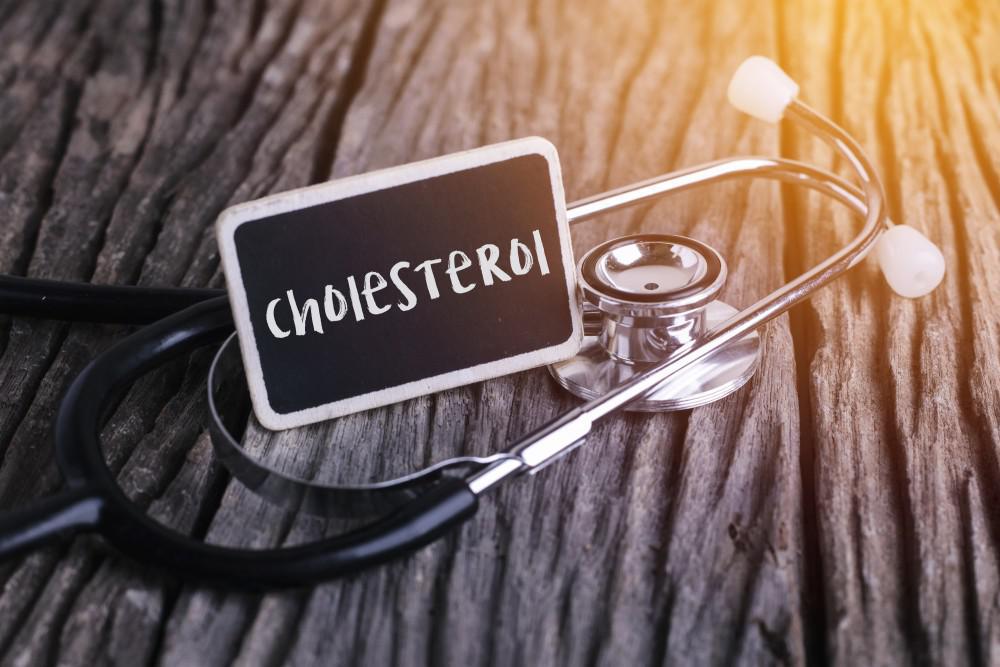 Cholesterol and diabetes - Diabetes and high cholesterol are frequently associated, even diabetics who have good blood glucose control are more likely than otherwise healthy people to have any or all of various cholesterol abnormalities, which raise the risk of atherosclerosis and other cardiovascular issues.

If you have diabetes, you've probably already undertaken dietary and lifestyle changes to maintain a stable blood glucose (blood sugar) level. However, given the increased risk of heart problems linked with diabetes, you may wish to take precautions to maintain a healthy cholesterol level.

What Are The Types Of Cholesterol?

Cholesterol isn't bad in and of itself: it's found in every cell of the body and aids in the formation of hormones, digestion, and the conversion of sunlight into vitamin D. The liver produces around 75% of the cholesterol in the blood, but the remainder comes from the diet, which is why making dietary modifications is an effective approach to maintain healthy cholesterol levels.

There are two types of cholesterol:

The levels of triglycerides (fats) in the body, in addition to cholesterol, are vital to heart health and are frequently included in a person's overall blood cholesterol "profile."

How Can Cholesterol And Diabetes Be Managed?

There are additional effective ways to control diabetes and maintain good cholesterol levels, in addition to following the dietary guidelines established for general health and monitoring your glucose to determine how different meals, particularly carbs, affect your blood levels.

Plant fiber is the indigestible component of the plant. Although it is incredibly full, it does not contribute calories to the body because it cannot be absorbed, making it an effective weight-chevalier. Furthermore, soluble fiber, which may be found in foods like beans, apples, and oatmeal, aids in the reduction of LDL cholesterol and the maintenance of stable blood glucose levels.

Fill half your plate with non-starchy veggies, such as artichokes and asparagus, turnips, and zucchini, to ensure that you get enough fiber at each meal. Fiber-dense (as well as phytonutrients that can further help protect your overall health). 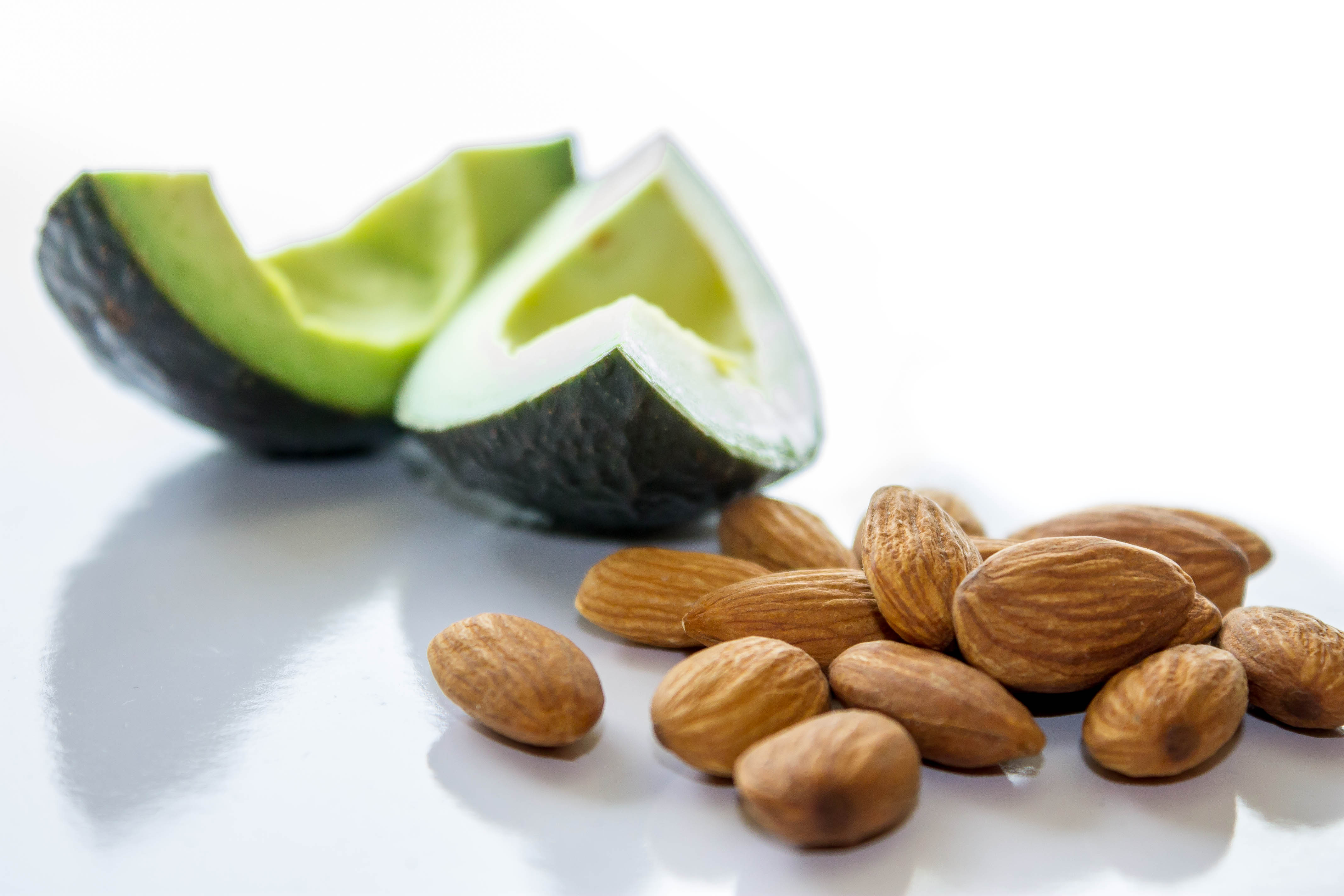 Fat is a critical ingredient for energy and hormone production, vitamin absorption, cell membrane integrity, and growth and development. Fat should account for 20% to 35% of total calories, according to the USDA's Dietary Reference Intakes. However, there are many forms of dietary fat.

Saturated fats, as well as trans fats found in fried foods and baked goods, contribute to elevated levels of LDL cholesterol. Monounsaturated fats, such as those found in olives, olive oil, and some nuts and seeds, on the other hand, can help lower blood cholesterol levels.

Polyunsaturated fat, found in fatty fish such as salmon and cod, as well as flaxseeds and walnuts, is high in omega-3 fatty acids, which help lower overall blood cholesterol and triglyceride levels.

If you're overweight or obese, decreasing just 5% to 10% of your body weight can improve your diabetes and cholesterol levels by lowering blood glucose, blood pressure, and blood fats. You might be able to reduce the number of prescriptions you take.

Keeping a record of what you eat, how much you consume, and around what time you eat for three days, ideally two weekdays and one weekend, is one of the best methods to start a safe and efficient weight loss plan suited to you. You can then have it analyzed by a qualified dietitian (or use an internet software) to understand other patterns, such as how many veggies you consume (or don't eat) and the primary types of fat in your diet.

With this knowledge, you'll be able to determine how many fewer calories you need to consume in order to lose weight slowly and steadily, as well as which meals you should limit or avoid in order to consume fewer added sugars and saturated fats.

Exercise is always recommended as part of a weight-loss programme, especially for people with diabetes.

Exercise has also been shown to assist in the reduction of total cholesterol levels. Which kind are you talking about? A mix of aerobic exercise and strength training has been found to be the most beneficial in studies.

The AHA recommends 150 minutes of moderate-intensity aerobic activity per week, 75 minutes of strenuous aerobic activity per week, or a combination of the two, spread out throughout the week. Active for at least 300 minutes (five hours) per week will provide even more benefits. At least two days each week, engage in moderate to high-intensity muscle-strengthening activity.

Don't get discouraged if that seems like a lot to begin with: any physical exercise is better than none, even if it's only walking around the block instead of taking the elevator. If you find it difficult to exercise for lengthy periods of time, break it up into smaller sessions throughout the day—say, 10 or 15 minutes.

Quitting smoking has a positive effect on both HDL and LDL cholesterol levels. Cigarette smoking is associated to increased cholesterol levels and the production of oxidized LDL, a harmful form of LDL that contributes to atherosclerosis.

In fact, evidence suggests that quitting smoking lowers cholesterol levels. LDL levels continue to drop month after month after quitting, with the effects of smoking on cholesterol half reversed after just 90 days. 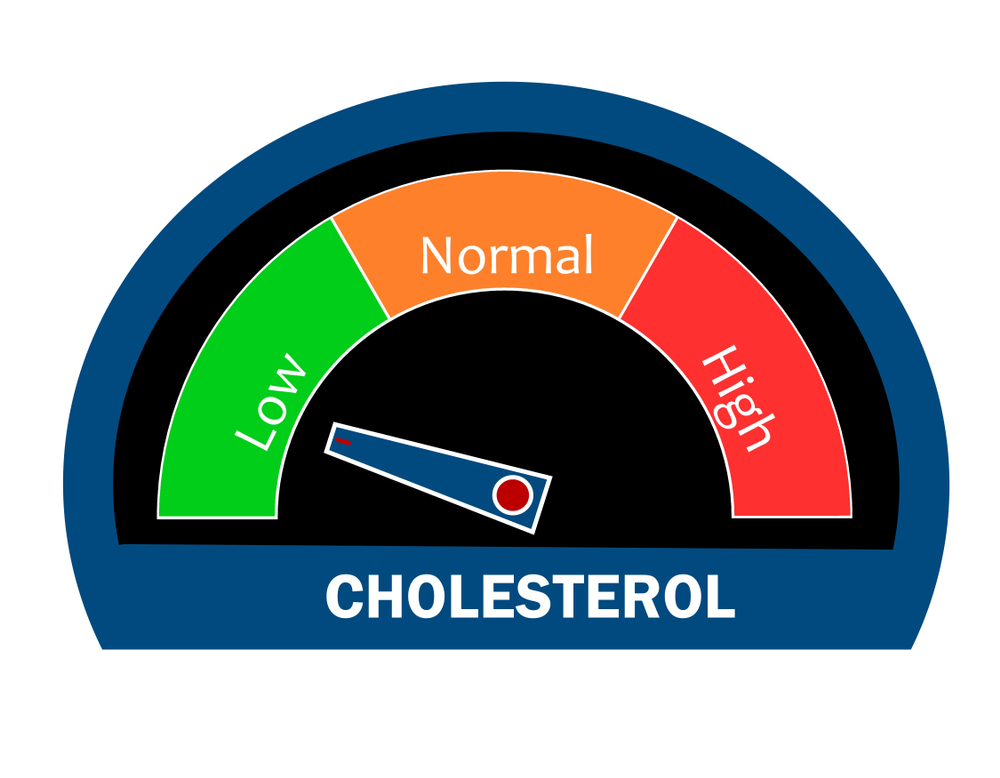 A blue meter of cholesterol with a low, normal, and high range and the meter hand pointing to the low range

On January 7, 2016, the USDA issued new dietary guidelines that removed the upper limits for dietary cholesterol in what appears to be a bold and unusual step. However, the United States is not the only country that recognizes that dietary cholesterol has no effect on blood cholesterol levels, since similar dietary recommendations have been endorsed by a number of countries in recent years. To back up these recommendations, Eckel et al. produced a paper on lifestyle and heart disease in 2014, stating unequivocally that there was insufficient data to support the idea that lowering dietary cholesterol will lower LDL cholesterol.

Clinical trials evaluating the effects of eggs (dietary cholesterol) on diabetes patients have found no negative effects on plasma lipids, glucose metabolism, or inflammation, in contrast to epidemiological studies. These trials, on the other hand, showed that eggs were advantageous to these patients. Authors reported no differences in plasma lipids between groups in a clinical trial in which 65 people with type 2 diabetes were given high and low cholesterol diets. However, the high cholesterol diet was more effective in improving glycemic control and plasma lipid profile by raising HDL cholesterol. Ballesteros et al. found that eating 1 cup of oatmeal versus 1 egg for breakfast had no effect on plasma lipids, lipoprotein size distribution, glucose, insulin, or insulin resistance in 29 diabetes patients, but did improve inflammatory markers and liver enzymes. In a separate trial, 140 diabetic individuals were randomly allocated to follow either a high egg diet (2/d) or a low egg diet (2/wk.) for six weeks. Individuals who ate a lot of eggs had no negative impacts on their lipid profile, and they also said they felt chevalier and satiated after breakfast.

It's apparent then that the limited clinical trials undertaken in diabetic patients have found identical results, namely that eggs have no negative impact on lipoprotein or glucose metabolism. More prospective studies need focus on the evaluation of these relationships, as well as an increased number of clinical interventions, before a solid conclusion can be reached.

What Is The Relationship Between Diabetes And Cholesterol?

Diabetes damages the lining of your arteries. This means it's more likely that cholesterol will stick to them, making them narrow or even blocked. If you have diabetes, you will usually have lower levels of HDL (good) cholesterol and higher levels of LDL/non-HDL (bad) cholesterol.

How Does Bad Cholesterol Affect Diabetes?

Diabetes can upset the balance between levels of HDL, or “good” cholesterol, and LDL or “bad” cholesterol. People with diabetes tend to have LDL particles that stick to arteries and damage blood vessel walls more easily.

Do Most Diabetics Have High Cholesterol?

The takeaway lesson here is that insulin resistance increases your chance of high glucose levels and abnormal cholesterol levels, which increases your risk of heart disease. So, whether you experience one or more metabolic syndrome symptoms, are simply concerned about your health, or have skipped your annual physical, make an appointment with your doctor. Measurements and blood tests that are simple and easy can help you figure out what's wrong with your health.