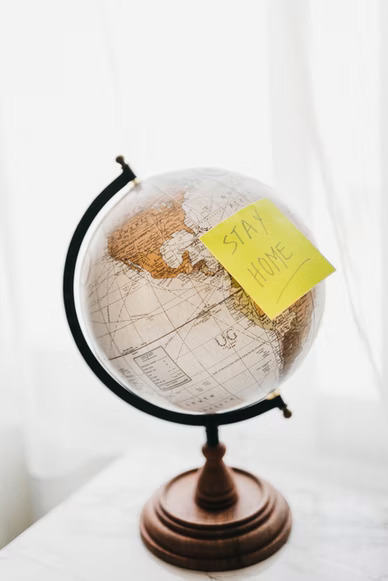 Successful epidemic predictive modeling requires a knowledge of the implicit feedback control methods used by communities to moderate contagion spread. While it is possible to capture endogenous behavior using sophisticated modeling assumptions, A team of researchers from the Massachusetts Institute of Technology (MIT) in the United States, led by Ali Jadbabaiea, Arnab Sarker, and Devavrat Shah, discovered that a second order affine dynamical system could describe a population's reaction to case counts with linear control, which fits the data well across different regions and times during the COVID19 pandemic. The model incorporates the information well both in and out of the sample across the 50 states of the United States, yielding results comparable to those of cutting-edge ensemble forecasts. In contrast to current epidemic models, the researchers hypothesized that individuals hold the rate at which they alter the number of encounters rather than people directly controlling the contact rate that determines disease transmission. They proposed an implicit feedback rule for this control input and showed that it corresponds with pandemic policy. The dynamical model's primary conclusion is that the "stable" point of case counts is non-zero, implying that the existing policies and tactics will not eliminate COVID-19. More procedures are required to eradicate it rapidly altogether. They finally concluded that the chances of COVID-19 being eliminated were better if other hidden tactics made it easier for people to get help based on how many people had the disease over time.

The researchers developed an epidemic model in which the reaction to the pandemic is encoded as an endogenous characteristic that is dependent on the number of instances thus far. They started by studying a broad model of an epidemic's development phase with a time-varying growth rate, which they demonstrated includes numerous conventional epidemic models as exceptional instances. They expanded on the previous model in this work. They believed that people regulate the growth rate by changing a time-varying parameter that represents the fraction of existing linkages that each infected person adds or removes at a given moment.

Compared to existing data, this model provides an excellent match to observed data, and the parameters of the implicit feedback coincide with the applicable policy. Furthermore, they discovered that a necessary consequence of this model is that weekly instances are never eliminated; instead, weekly cases will settle at some non-zero level for most observable learned parameters. This has profound policy implications: if COVID-19 is to be eradicated sooner rather than later, communities will need to implement another policy action. For example, instead of focusing on how many cases there have been in the last two weeks, think about how many cases there have been since the epidemic began.

Because just three parameters regulate it, the model is fundamental and can be effectively learned from data. The model matches the data remarkably well, indicating that it accurately captures current behavior throughout the pandemic. The model includes the critical conclusion that steady-state infections are non-zero. The researchers discovered significant correlations between the 1 and 2 parameters compared to mobility data and levels of natural immunity measured by the percentage of the population that has had a real positive COVID-19 test when regressing model parameters against policies taken by different people around the world. This association between model parameters and actual population policies strengthens the model's validity. Also, it proposes strategies to lessen the impact of the pandemic that is compatible with current public health recommendations in the United States.

Their findings showed that the results matched observed pandemic policies. They identified statistically significant relationships between the learning parameters of all 50 states and 110 nations. They also found substantial connections in the fraction of the population that became immune throughout training. This implies a link between learning parameters and the fraction of the population immune to illness. As the parameters are known from the early phases of the epidemic, a causal link cannot be drawn.

These findings do not indicate that the model assumptions are indicative of reality. According to the researchers ' dynamical model, less than three factors explain the COVID-19 instances. The conclusion is based on robust estimation, and all learned parameters are statistically non-zero. Despite the positive results, they said that the model's simplicity and implicit nature make it hard to show the disease's well-known characteristics.

The researchers concluded there was merit in modeling epidemic dynamics using this strategy since the model was adequate to explain variance in the data and offered a robust data-driven approach to estimate by making such simplifying assumptions. However, understanding why this low dimensional model may readily describe community reactions to the pandemic is necessary for the future to understand the drivers of this endogeneity better. These findings have significant implications for the future development of infectious disease control techniques. While the data-fitting approach does not abolish COVID-19 instances, supplementing the implicit control with a term proportionate to the total of prior case counts would ultimately eliminate new cases. This shows that when policymakers talk to the public, they should talk about the long-term effects of the pandemic, even if there are only a few cases right now.