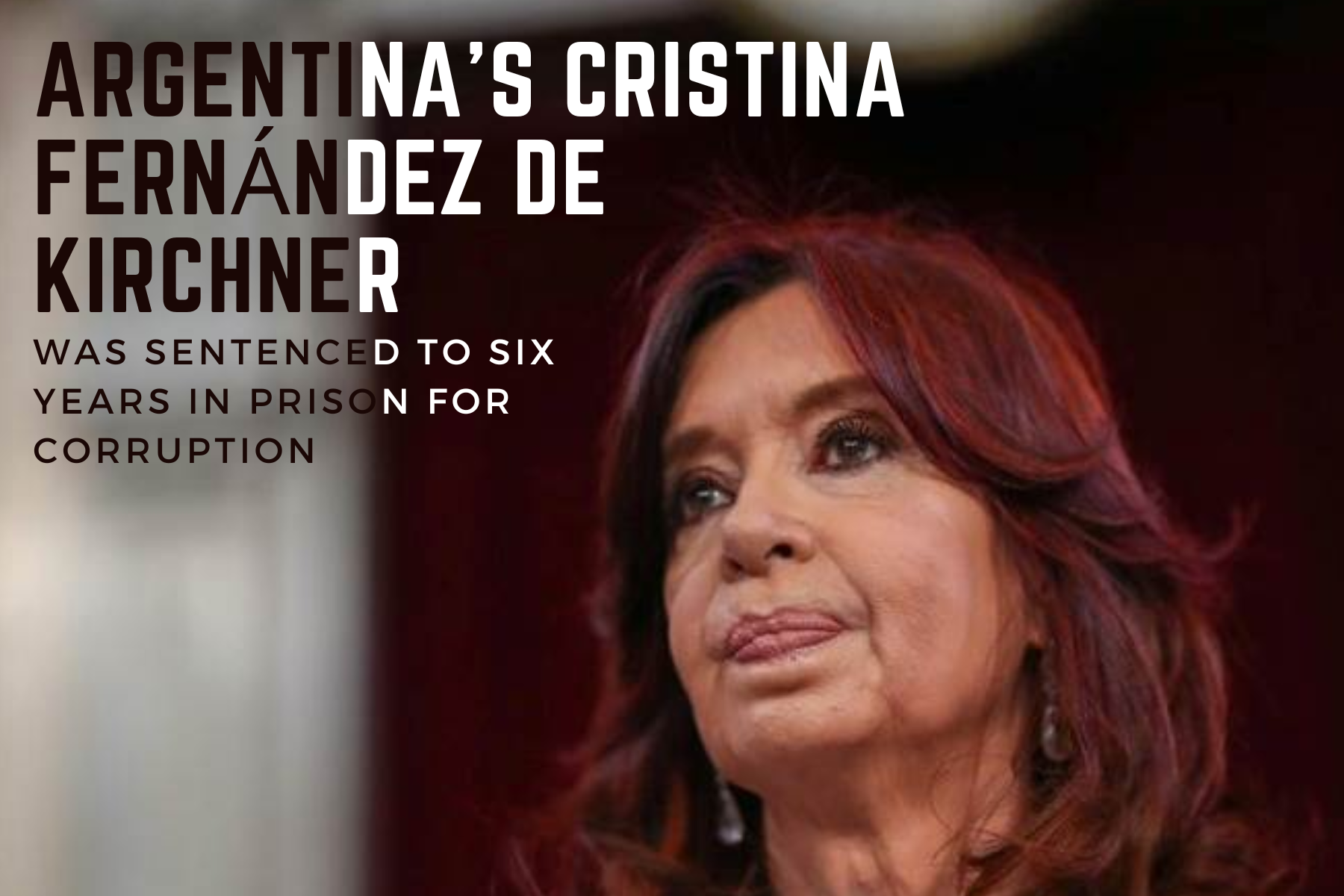 Cristina Fernández de Kirchner was sentenced to six years in prison and barred from ever holding public office again on Tuesday by a court in Argentina.

Argentine attorney and politician Cristina Elisabet Fernández de Kirchner, also known by her initials CFK, has held the position of Vice President of Argentina since the year 2019. She is commonly referred to by her initials.

In addition to her role as First Lady of Argentina during her husband Néstor Kirchner's presidency, she served as President of Argentina from 2007 until her term ended in 2015.

The Case Of Argentina's Vice President

Supporters of Ms. Fernandez de Kirchner vowed to shut down the whole country with a nationwide strike. They crowded into downtown Buenos Aires and marched to the federal court building, beating drums and shouting as they pushed against police barriers.

All of the accusations were strongly denied by Ms. Fernandez de Kirchner. She was the most powerful leader in Argentina this century, and she was accused of giving public works contracts to a construction magnate who was close to her family in an unfair way.

According to the AP, the verdict will only make things worse in the South American country, where politics can be a blood sport and the 69-year-old populist leader is either loved or hated.

President Alberto Fernandez, who is not related to his vice president, said on Twitter that she was innocent and that her conviction was "the result of a trial in which the minimum forms of due process were not taken care of."

Because of her current job, Fernández de Kirchner is afforded a measure of temporary immunity; hence, she will not be immediately sent to jail, and she has the option to appeal.

Following the announcement of the verdict, she issued a denial of the claims that had been made against her, but she also stated that she would not seek reelection in the following year.

I will not be a candidate for anything, neither for president nor for senator. My name will not be on any ballot.

According to a document that was made public by the federal court in Buenos Aires, Argentina, "In essence, they show the existence of links promiscuous and corrupt among public administration officials (national and provincial) and state contractor companies."

During her two terms as president, from 2007 to 2011 and 2011 to 2015, Fernández de Kirchner was found to be guilty of "fraudulent administration" for distributing public funds to a construction company for road works in the province of Santa Cruz. This occurred during both of her terms as president.

According to the court's findings, Fernández de Kirchner and Lázaro Antonio Báez both benefited from the business transactions that took place with Báez's construction company. Báez is a family friend.

According to Telam, Argentina's state-run news agency, the former President awarded "80% of the national public road works in Santa Cruz in favor of Báez companies between 2003 and 2015" This occurred during the time period in question.

Baez, the former secretary of public works José López, and Néstor Periotti, the former director of national highways, were all sentenced to six years in prison for their alleged involvement in the scam. Baez received his sentence on the same day as the other two men.

According to the information provided by Telam, Lopez and Periotti are no longer eligible to hold public office at any time.

Kirchner denied any wrongdoing and made a statement immediately after the verdict, in which she claimed that she is the target of the judges, whom she referred to as a mafia running a parallel party with the intention of removing her from office.

During the time that she is appealing the verdict, which could take years, Kirchner will not be sent to jail.

She is a divisive figure in Argentina, but the people who support her regard her as a fighter for the rights of the underprivileged. Others hold her responsible for the country's ongoing economic issues, notably inflation, which is anticipated to reach one hundred percent by the end of the year.