Effects Of Human-animal Interactions – The Best And Worst Ways 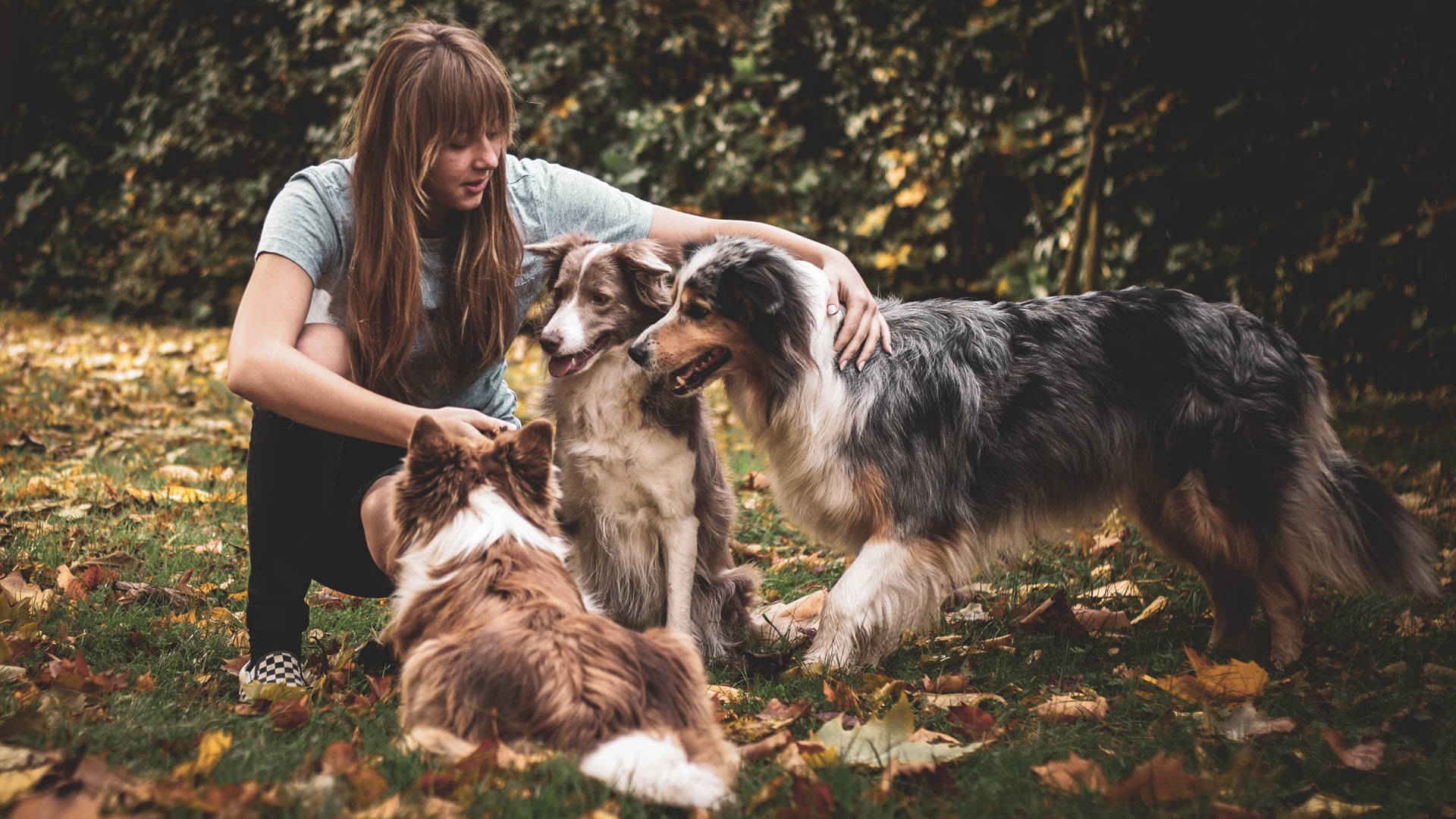 In the recent decade, pet ownership, animal-assisted therapy, and education have been more commonly recognized for the positive effects of human-animal interactions on humans.

Benefits for social attention, social behavior, interpersonal interactions, and mood; stress-related parameters such as cortisol, heart rate, and blood pressure; self-reported fear and anxiety; and mental and physical health, particularly cardiovascular disease, are among the well-documented effects of human-animal interactions in humans of various ages, with and without special medical or mental health conditions.

There is little evidence that human-animal interactions positively impact stress-related parameters such as adrenaline and norepinephrine; immune system functioning and pain management; greater trustworthiness and trust toward others; decreased aggressiveness; better empathy; and improved learning.

The bulk of the documented psychological and psychophysiological effects of human-animal interactions are caused by oxytocin system activation.

The effects of oxytocin and human-animal interactions substantially overlap, as shown by research on both people and animals.

The stimulation of the oxytocin system, as a shared underlying mechanism, not only explains but also allows for an integrative understanding of the many effects of human-animal interactions.

Interacting with animals improves human social interaction and associated elements that are significant in this regard, such as trust, empathy, aggressiveness, and a happy mood.

A large corpus of studies explored the influence of animals on human perception in their presence.

The facilitation of interpersonal relationships is also known as the "social catalyst effect."

For those in wheelchairs, service dogs generated positive social attention, smiles, and discussion.

Dog-assisted treatment was connected to improvements in social interaction, symptoms, and quality of life-related to social ties in adult patients with schizophrenia.

The advantages apply to children and adults with and without mental health issues.

According to research, the presence of a friendly animal may boost trust in other people.

College students participated in research to assess the credibility of psychotherapists.

Participants expressed higher overall satisfaction with the therapist when the dog was present.

The presence or absence of a dog affects social interaction, helpful conduct, and courting behavior.

After just one treatment session with a dog, children with mental illnesses demonstrated improved intra-emotional equilibrium. 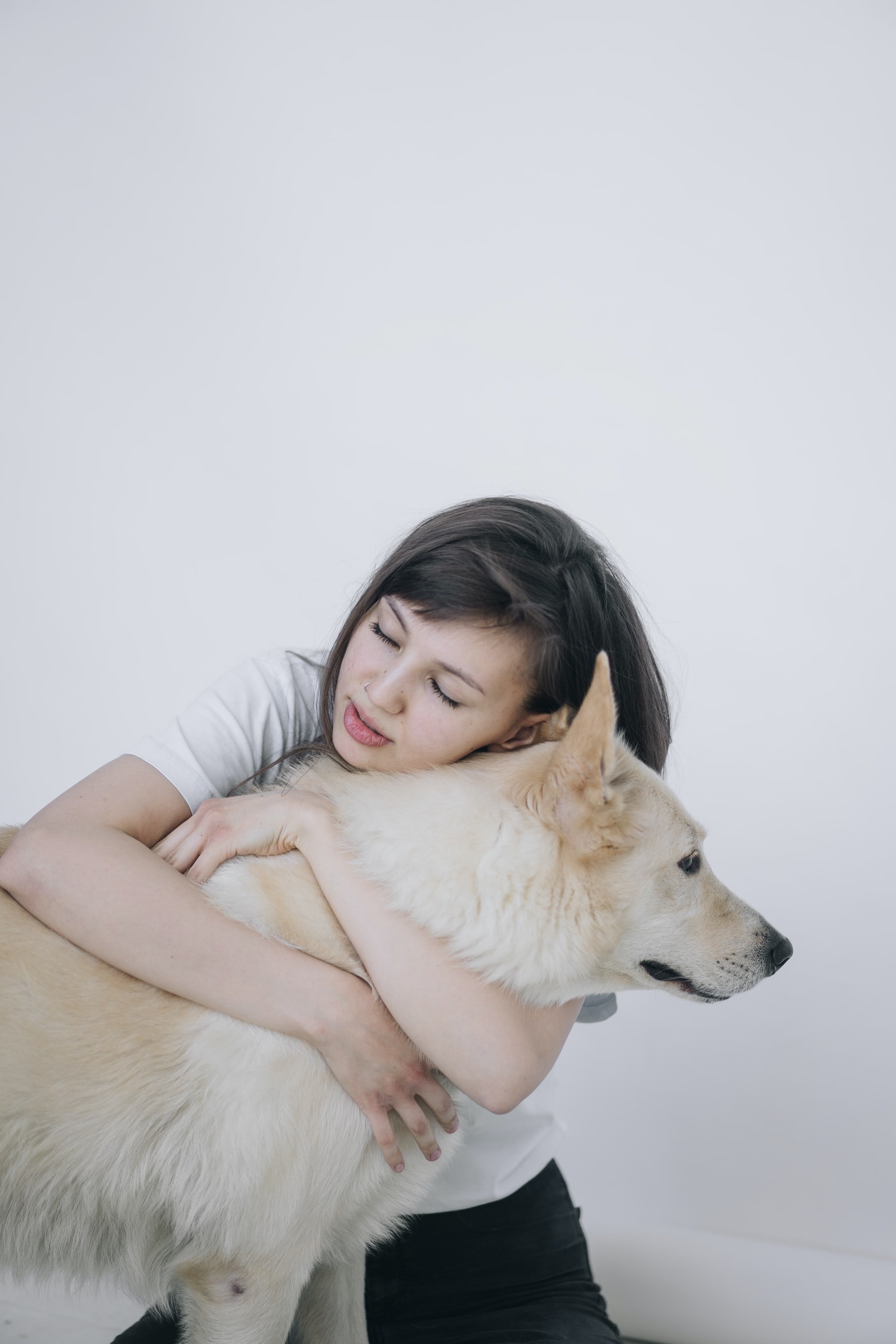 A girl hugging a dog

Only a few studies have shown that the presence of a friendly animal may lessen human hostility.

The effects of friendly dogs on aggressive conduct in a first-grade classroom were explored in two experiments using behavior observation and classroom instructor reports.

Aggressive behavior was reduced in the presence of the dog compared to its absence.

The presence of dogs in the classroom promotes the development of empathy in youngsters.

The class with the dogs outperformed the control group regarding field independence and empathy for animals.

Field independence predicts more empathy because it examines one's capacity to discern between self and non-self.

Endocrinological or cardiovascular indicators may operationalize the stress response, and being around animals may affect this response.

According to research, interacting with a pleasant companion animal, particularly a dog, favors endocrine responses.

Cortisol levels in children with autism spectrum disorder were measured before and after introducing a service dog into their family.

The research compared a visit with a dog to a holiday without a dog and standard hospital treatment for patients with heart failure.

Effects On Cortisol, Epinephrine, And Norepinephrine

A lot of well-designed research looked at how human-animal interaction affected blood pressure and heart rate.

Some studies included skin temperature or skin conductance in the absence of a particular stressor or during a stressful job.

Lower mean arterial and systolic blood pressure were connected with a good attitude toward companion animals.

When the dog was present, there was minor behavioral discomfort seen.

In the presence of a friendly dog, children's heart rates and systolic blood pressure are reduced more.

Their striking the animal did not affect blood pressure but considerably impacted heart rate.

In a stressful job at home or in the laboratory, the presence of a pet increases skin conductance and pulse rate.

Interaction with dogs has positive effects on anxiety and pain feeling in humans.

Several studies have been conducted to determine if animal interaction helps lessen fear and anxiety caused by a stressor.

Petting a real animal rather than a toy animal lowered self-reported anxiety.

A study of reading quietly, reading loudly, and engaging with a dog among college students revealed that animal interaction had no significant impact on anxiety compared to reading quietly.

Patients with acute schizophrenia reported decreased anxiety after a clinical interview in the company of a friendly dog.

After establishing an aquarium, people with Alzheimer's Disease had increased food intake and weight growth.

Unfortunately, none of the current research on the impact of animal interaction on pain management in humans matched our inclusion criteria.

However, findings indicate a probable beneficial impact, showing a reduction in pain medication consumption, particularly in nursing homes and homes for the elderly when dogs are present.

There has been little study on the beneficial impact of animals on learning in youngsters.

There is some indirect evidence that animals may influence the circumstances for learning.

The presence of a dog in an educational context seems to improve focus, attention, motivation, and relaxation, implying that high-stress levels are reduced. 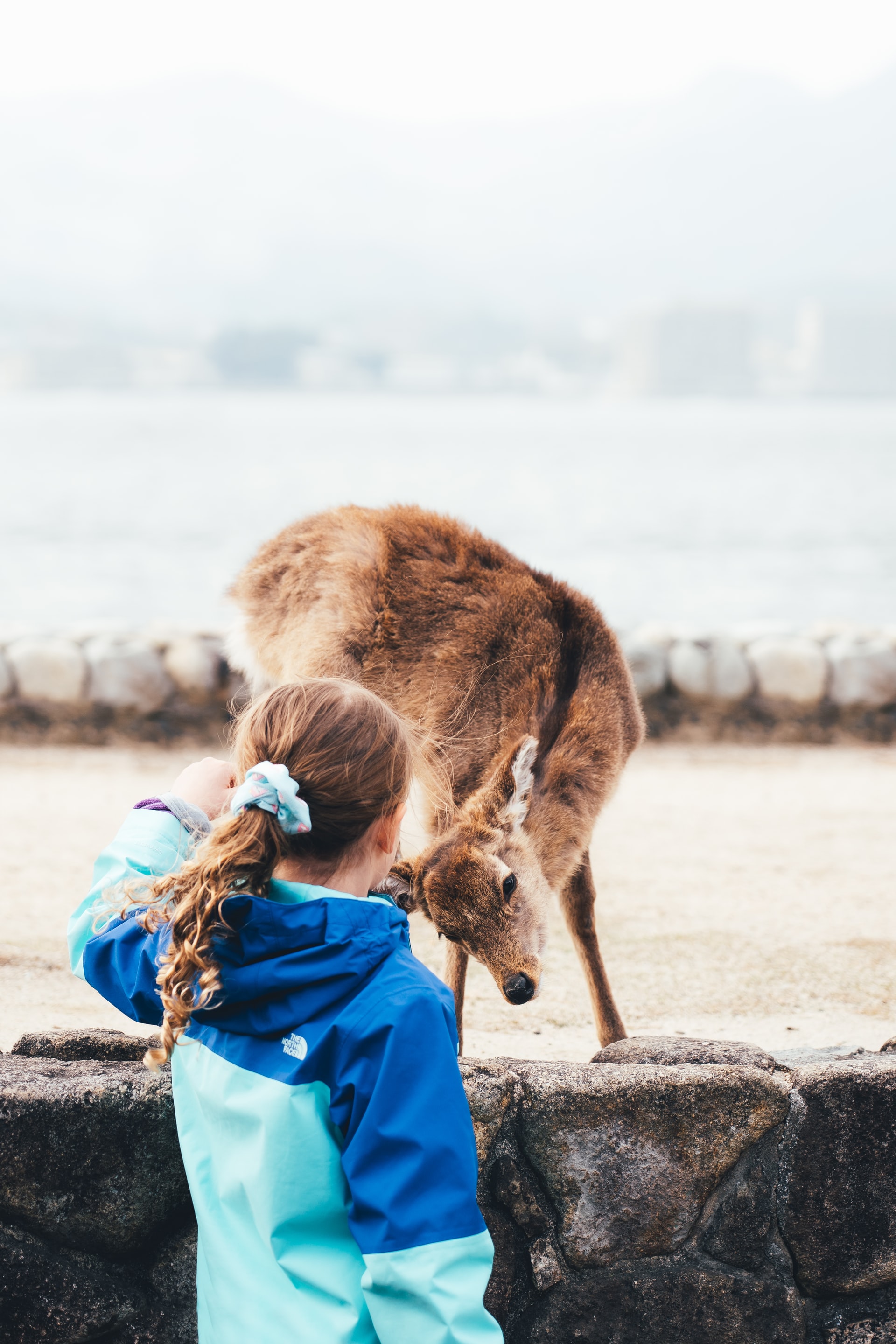 A girl touching a deer

People who possess companion animals tend to be in better health than people who do not own animals, as shown directly by medical indicators such as cholesterol levels and inferred indirectly by the number of times they go to the doctor.

Negative Effects Of Animals On Humans

Inadequate treatment of animals is associated with spousal abuse and violence, animal bodily illness (such as zoonotic illnesses), and a reduction in food safety.

For instance, stressed animals excrete more disease-causing germs in their feces, which might increase the risk of the carcasses being contaminated during slaughter.

Why Is Human-animal Bond Important?

The human-animal relationship is also thought to benefit our mental health.

Pets help alleviate symptoms of depression, anxiety, and PTSD, as well as emotions of loneliness. Pets may also help us with our physical well-being.

What Psychological Effects Do Animals Have On The Human Brain?

Science reveals that these biological reactions have clinically significant consequences.

How Do Animals Benefit From Human Interaction?

In most circumstances, companion animals benefit from their interactions with humans.

Pets in industrialized nations are often given comfortable homes, a decent diet, veterinary treatment, and love and play.

They may, however, face significant difficulties in their well-being.

How Does Human Interaction Affect Animals?

Because human interaction may create changes in brain function and morphology, immune response and disease resistance may be impacted.

The effects of human-animal interactions are more significant with a familiar dog than with a strange dog.

Animal interaction reduces subjective psychological stress (fear, anxiety), which is a critical mechanism in explaining many of the good effects of human-animal interactions.

Attachment, biophilia, and social support theories have all been connected to these systems.

The unconditional affection and acceptance that animals bring to clients of animal-assisted interventions and their owners, as well as the social catalyst effect, are often recognized variables in human-animal interactions research.