Food Security - How To Make The Most Of Essential Oil 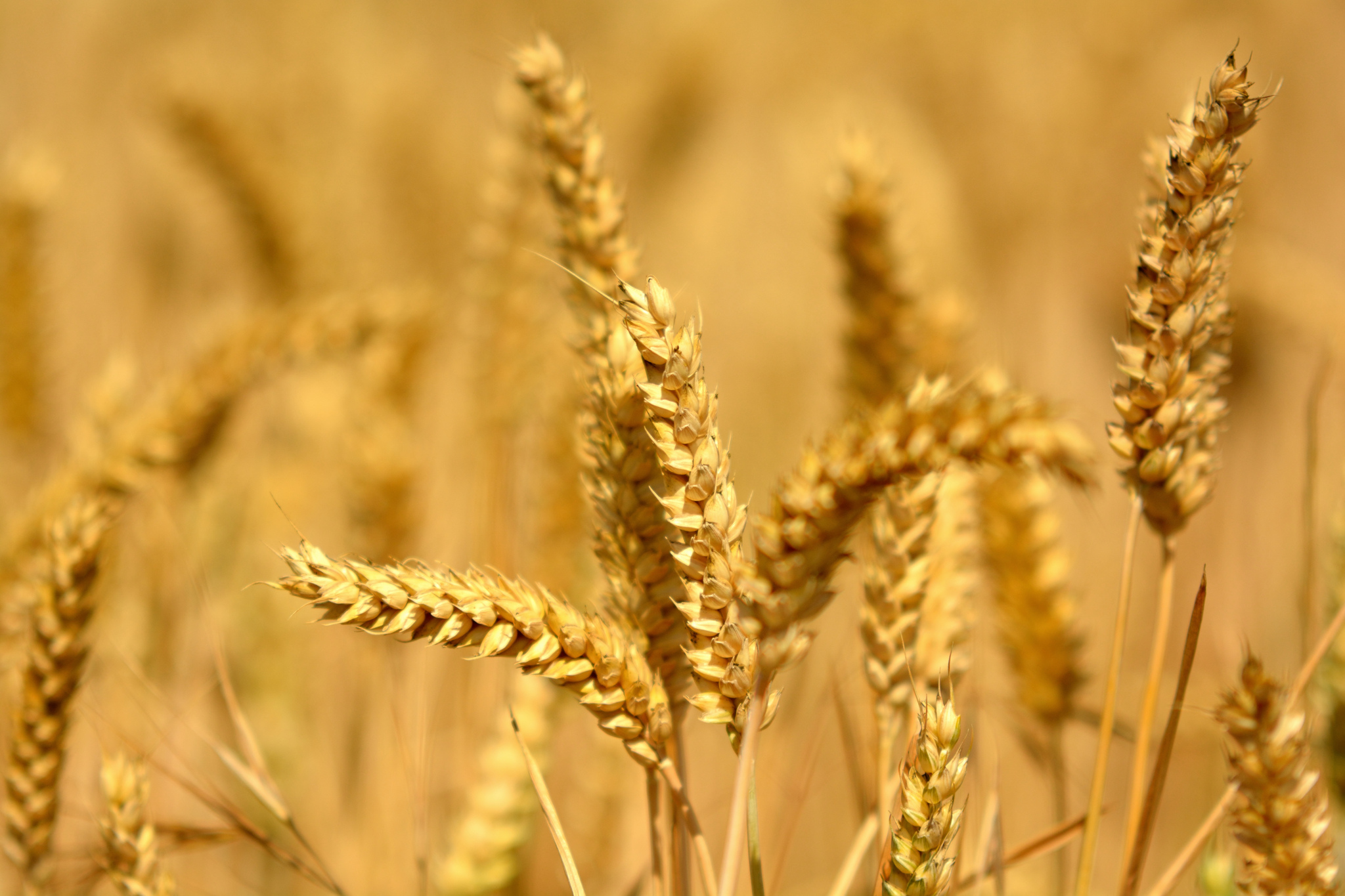 Currently, achieving food security depends on having access to food, keeping it stable, using it, and, most critically, preserving it to prevent additional contamination.

These four food pillars influence the need for affordable food and make up the socioeconomic environment.

Due to their long-term effects along the food chain and food web, bacteria and the toxins they produce are the main causes of significant food spoilage and biodeterioration in the context of food insecurity.

Food loss of between 25 and 30% as a result of microbial contamination has been documented in a number of underdeveloped nations.

Different foodborne illnesses are brought on by microbial contamination of foods at various phases of production and processing.

In addition to microbial contamination, it has been found that some bacteria and fungi create poisons. Since many of these microbial toxins are thermostable by nature, high temperatures used in cooking or food preparation do not render them inert.

Along with food-pathogenic bacteria, certain fungal species actively contribute to the deterioration of food through sporulation and the creation of mycotoxins.

Mycotoxins are low molecular weight secondary metabolites that are primarily produced by various fungal genera, including Penicillium, Aspergillus, and Fusarium. They can contaminate a variety of food products that have been stored and have a variety of toxic effects, including carcinogenicity, teratogenicity, neurotoxicity, and hepatotoxicity.

More than 400 distinct mycotoxins that can contaminate food have been found and described up to this point. Aflatoxins, fumonisins, ochratoxins, zearalenone, and trichothecenes are among them and show widespread occurrence depending on the type of substrate, relative humidity, moisture content, and water activity of the substrate, causing the most health-related issues and being a major contributor to the decline of the global agricultural economy.

What is food security?

Essential Oils And Their Chemical Compositions

The main secondary metabolic products known as essential oils are extracted from the leaves, bark, flowers, buds, seeds, roots, stems, and fruits of many aromatic plants. The word "essence," which refers to the presence of flavor and smell, is where the term "essential oil" originates. In EOs, a wide range of structurally related phenylpropanoids, terpenoids, low molecular weight lipophilic short-chain aliphatic hydrocarbons, and phenolic components have been found.

Aldehydes, ketones, esters, oxides, and alcohols are only a few examples of the oxygenated molecules and hydrocarbons that are actively involved in the formation of EOs in various aromatic plants. Oils are separated from plant parts using hydrodistillation, a popular extraction technique. The bioactive elements of EOs are very volatile, give off a strong odor, and have the capacity to release scent or flavor.

The families Asteraceae, Lamiaceae, Cyperaceae, Zingerberaceae, Piperaceae, Apiaceae, Myrtaceae, Solanaceae, Apocynaceae, and Lauraceae are among the plant species from which EOs have been isolated. EOs demonstrate certain positive effects on plant defense in the environment, such as the ability to tolerate environmental stress, superior antifungal and antibacterial properties, and potential significance in the food and pharmaceutical industries.

According to reports, eugenol is a key bioactive component of Cinnamomum verum EO and exhibits potent anticancer and antibacterial properties. An effective antifungal, anticancer, antibacterial, and antiviral agent is Thymus persicus, a significant medicinal plant from the Lamiaceae family.

Carvacrol (27.11%), thymol (11.86%), p-cymene (10.16%), and α-terpineol are only a few of the volatile substances that make up T. persicus' essential oil. Thymol (27%) and carvacrol (30%) have been identified as major components of Origanum compactum EO.There were significant amounts of carvone (58%) and limonene (37%) in the EO of Anethum graveolens, camphor and α and β-thuoyne in the EO of Artemisia herba-alba, and linalool (68%) in the EO of Coriandrum sativum.

Terpenoid and aromatic constituent pathways make up the two main pathways used in the biosynthesis of the EO components. Throughout the growth season and at various developmental stages, the secondary metabolism pathway is impacted by a variety of environmental stimuli. Terpene synthase enzymes primarily produce terpenes from isopentenyl diphosphate precursors by altering prenyl diphosphate.

Although EOs and their components have shown a variety of in vitro antibacterial and anti-mycotoxigenic efficiency, the in vivo practical efficacy of EO in food systems requires its widespread application in food-based industrial sectors.

The application of clove and rosemary EO mixtures showed greater antibacterial efficiency for preservation and shelf life enhancement of poultry meat during the trial, outperforming rosemary oil. Melaleuca alternifolia EO was tested against L. monocytogenes at a very low concentration in ground beef by de Sá Silva et al. The minimal inhibitory concentration and minimum bactericidal concentration for L. monocytogenes were 0.10 and 0.15 μl/ml, respectively. L. monocytogenes was shown to be particularly sensitive to the EO.

The breakdown of meat proteins into free amino acids and subsequent production of various amines by alkaline reactions caused the pH of control beef samples to rise, according to the authors, whereas the pH was maintained in beef samples treated with M. alternifolia EO, which was justified by the removal of spoilage bacteria infestation and inhibition of toxin production in ground beef.

Ju et al. have lately looked into the inhibitory effects of clove and cinnamon EOs against Penicillium and Aspergillus infestations in baked foods without affecting the organoleptic qualities. According to studies by Arasu et al., the EO of Allium sativum greatly reduced A. niger and A. flavus infestation in plum fruit and maintained the fruit's quality for 10 days of storage.

While the in vivo application of A. sativum EO could require a 1.5-fold greater dosage than the in vivo antifungal activity, the growth of A. niger and A. flavus was fully suppressed during the in vitro assay at 7.5 and 6.5 μg/ml. A. sativum EO was found to have a 50–80% reduction in A. niger infestation in plum fruit, but it only had a 20–55% inhibitory effect on A. flavus infection.

According to Dwivedy et al., I. verum EO has the ability to completely protect Pistacio seeds from infection with fungi and aflatoxin B1. Lemongrass, oregano, and thyme essential oils completely inhibited the growth of A. flavus, A. parasiticus, and A. clavatus in oats. Chein et al. examined the effectiveness of thyme, cinnamon, and lemongrass essential oils to prevent A. flavus and Penicillium citrinum contamination in peanut kernels at the lowest minimum inhibitory concentration of 40 μl/ml.

The Use Of Essential Oils In Food Animals

Based on their individual inherent uses or by combining other preservative characteristics, EOs also have a possible function in microbiological safety and stability with constant maintenance of the nutritional quality of food animals. These prospective roles are simply portrayed as obstacles. Food spoilage would not occur if the foodborne microbes could not overcome the barriers made by the EOs in the fumigated foods.

This obstacle aims to enhance the microbiological stability and sensory qualities of food. Applying hurdle technology to meat and dairy products is becoming more and more popular worldwide. Ishaq et al. researched the multiple barrier interventions created by combining clove EO, UV light, and phage for an effective decrease of L. monocytogenes count on the surface of beef samples during refrigerated storage together with maintaining nutritional quality and increased shelf life.

The least value was recorded (32.22 g) for beef samples treated with a hurdle combination of 0.5% clove EO, bacteriophage, and ultraviolet therapy, as opposed to the control beef samples, whose hardness after 15 days of storage was 41.89 g. The results of the current study showed that thiobarbituric acid (TBA) values increased noticeably for control beef samples after 15 days of storage (1.57 mg MDA/kg), but that the multiple hurdle combination could lower the TBA value, which was measured at 0.746 mg MDA/kg.

As a result, the scientists demonstrated the superior microbial inactivation of EO-based barriers for maintaining the integrity of preserved beef slices. EOs are used in pre and postharvest management measures for poultry products and aid in better digestion and nutrient absorption. Additionally, the sensory qualities of frozen chicken were enhanced for 60 days by the equivalent amounts of oregano and garlic essential oils.

Effects Of Coating Based Delivery Of Essential Oils In Food

The packaging of food products using EOs aids in the gradual diffusion of scent through the film's surface micropores and into direct contact with the food products. The solubility of the lipophilic components in the food matrix determines how effective EO is in the packaging system. In contrast to the high solubility example, where unrestricted free diffusion was shown and significantly higher microbial resistance was recorded, the low solubility of the components results in a unilateral system with a low attraction to the food surface and a greater risk of microbial contamination.

It was reported that rosemary essential oil on cellulose acetate film prevented the growth of the coliform bacteria in chicken breast products at a concentration of 50% (w/w). Although there was a slight change in food flavor, active packaging of beef using chitosan film containing lemon EO (1% w/w) significantly decreased the rate of respiration and decreased the likelihood of microbiological contamination, which can extend the shelf life.

Fresh beef may have a longer shelf life when refrigerated if it is covered with whey protein isolate and 1.5% oregano essential oil. Using menthol, eugenol, and thymol to modify the atmosphere during the packaging of delicious cherries resulted in a 16-day reduction in the overall amount of molds, bacteria, and yeast from 2.1 to 1.5 lg CFU/g.

Bread was packaged using polyvinyl alcohol and clove essential oil (27.19% w/w), which effectively suppressed the growth of A. niger and increased shelf life. 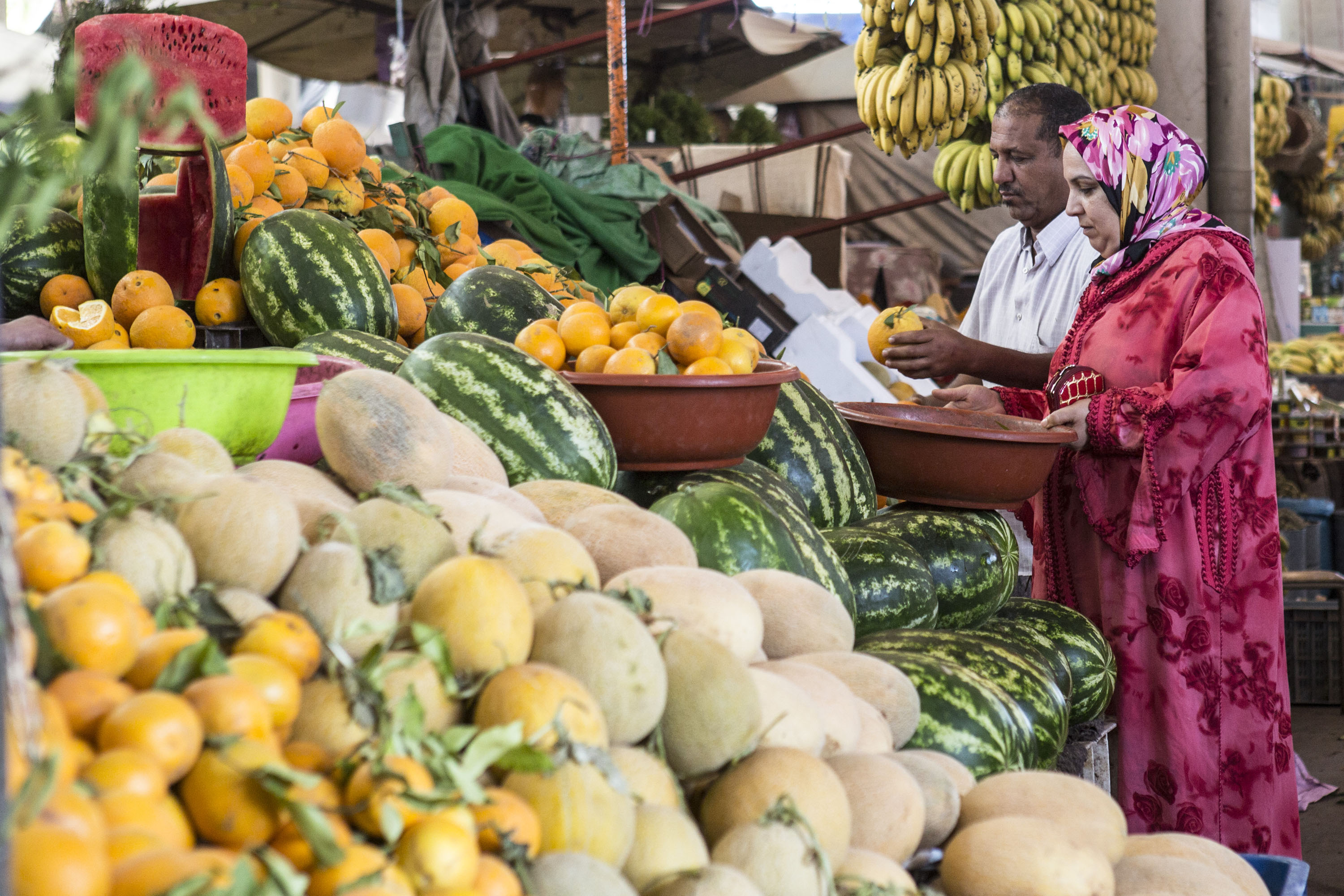 What Are The Four Pillars Of Food Security?

When everyone, at all times, has physical, social, and economic access to enough, safe, and nutritious food that satisfies their dietary needs and food choices for an active and healthy life, then there is food security. The four pillars of food security are access, usage, stability, and availability.

What Is An Example Of Food Security?

Examples of such programs include soup kitchens, food banks, school lunch programs, and other initiatives that provide those in need with food without forcing them to make any kind of commitment in return.

Why Is Food Security Important?

It contributes to increasing productivity and, therefore, food production. It may help by presenting chances for generating income. Additionally, it generally improves dietary guidance through home economics programs and raises the standard of living in rural areas through community development.

Food insecurity is a global issue that can be attributed to a variety of causes, such as an expanding population, a changing climate, an increase in the cost of food, unemployment, poverty, and the loss of biodiversity.

This article explores the several uses of essential oils in food security and preservation and explores their great potential as a cutting-edge, environmentally friendly replacement for the negative impacts of synthetic preservatives. EOs are free from toxicity concerns and recognized as acceptable for preservation purposes because they are naturally employed in food with little residual toxicity and few detrimental consequences.

However, there are several drawbacks to using EOs as food preservatives, such as how they affect organoleptic qualities, how volatile they are, how little stability they have, and how little water they dissolve in. These drawbacks prohibit their widespread practical implementation. For improved antibacterial, antifungal, and anti-mycotoxigenic efficiency in food systems without compromising their nutritional properties, various delivery techniques, such as nanoencapsulation, active packaging, and polymer-based coatings, including EOs, seem promising.

Encapsulation and coating-based EO delivery methods have not seen widespread practical implementation in the real food system as of yet. The market value of EOs as well as potential toxicity studies in a mammalian system need to be further examined for their potential use as eco-friendly smart green preservatives in the food and agriculture industries, given the relevance of EOs to the food-based industrial sector.