Germany Will Not Block Export Of Its Leopard 2 Tanks During The Ukraine War, Foreign Minister Says 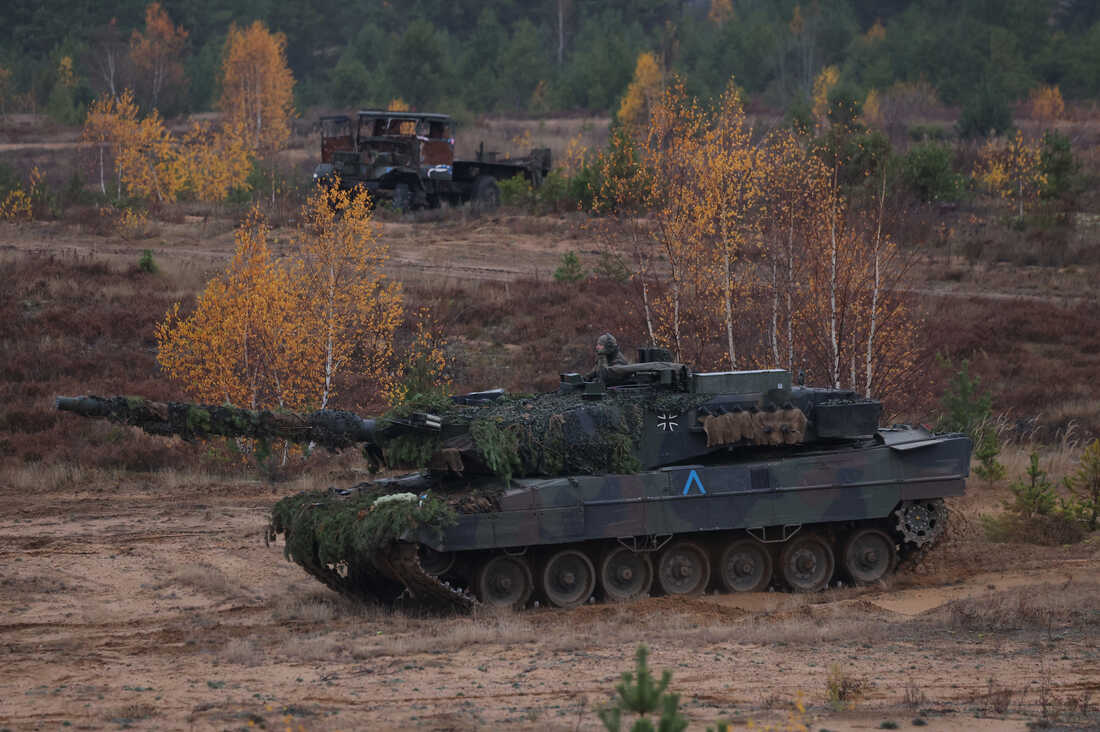 Anna Baerbock, Germany's foreign minister, has declared that Germany will not block export of its leopard 2 tanks to Ukraine. The Ukrainian government has asked the West to provide them German-made tanks so they can beat Russia.

In an interview with the BBC, Ukrainian Foreign Minister Dmytro Kuleba said that Germany may "save the lives of many Ukrainian soldiers." However, Germany's refusal to cooperate and its restrictive export restrictions have been an obstacle for Poland.

Ms. Baerbock said on Sunday that Poland had not yet requested export approval. She recently gave an interview to France's LCI TV in which she said, "For the moment the question has not been addressed, but if we were asked, we would not stand in the way."

On Monday, Polish Prime Minister Mateusz Morawiecki said that his administration will seek permission from Germany's capital, Berlin. However, he insisted that Poland will still ship the tanks to Ukraine regardless of whether or not permission was obtained.

Mr. Morawiecki has stated that even if the approval is not granted, "within the framework of a modest coalition... we would still hand over our tanks, together with others," to Ukraine.

Josep Borrell, the EU's top diplomat, has declared that Germany will not try to prevent other EU nations from exporting Leopard tanks. He also said that tanks shouldn't be the only topic of conversation when talking about helping Ukraine.

Berlin is expected to feel further pressure as a result of Poland's desire to form a smaller group of nations within the group of Ukraine's Nato and European allies prepared to supply heavy equipment to Kyiv.

We will build a smaller coalition of countries ready to donate some of their modern equipment, modern tanks. We will not passively watch Ukraine bleed to death.

Poland has previously warned that Finland and Denmark are also prepared to supply Leopards to Ukraine. Eleven months after Russia's invasion of its southern neighbor, the village of Bakhmut in eastern Ukraine has become ground zero for the conflict between Russian Wagner mercenaries and Ukrainian soldiers.

After claiming the same thing the day before, Russia's defense ministry repeated the claim on Sunday, saying that Russian soldiers were strengthening their hold on Zaporizhzhia, a territory in southern Ukraine. According to a military official quoted by the Ukrainian state media, the situation is "tough" but steady.

On Sunday, senators in the United States urged their government to transfer M1 Abrams main combat tanks to Ukraine, arguing that even sending a symbolic quantity would be enough to compel European allies to do the same.

Britain has lately announced that they would be providing Ukraine with 14 Challenger 2 tanks. On Sunday, Foreign Secretary James Cleverly claimed that the United Kingdom was still interested in reaching an international agreement to ship the German-made tanks to Ukraine.

Macron, the French president, has also suggested that he would not rule out deploying Leclerc tanks to Ukraine. On Sunday, he revealed that he had requested France's defense minister to "work on" the notion of deploying some of the country's combat tanks.

What Makes Leopard Tanks So Popular?

More than a dozen nations have purchased and deployed the Leopard 2 tank due to its superiority. Leopard tanks have been used in both Afghanistan and Syria, therefore Ukraine considers them an integral element of its defense against Russian troops.

Since roughly two-thirds of all Leopards created are still in Europe, they are of great interest to Kyiv. So it's not too difficult to transport Leopards to the battleground. That simplifies upkeep and repair, two equally important facets of any weapon system.

Germany is providing Ukraine with important air defense equipment, including IRIS-T and Patriot surface-to-air missiles and armored personnel carriers, so keep that in mind as you read on.

Historically, Mr. Scholz has been skeptical of German military action and wary of inciting an escalation from Russia. The Chancellor recently visited with President Emmanuel Macron of France to reaffirm the two nations' postwar partnership.

The French government has already promised to supply small tanks to Ukraine, and President Macron has hinted that the country may possibly get Leclerc large tanks produced in France. The United Kingdom, among others, has pledged to supply tanks by sending 14 Challenger 2s.

German reluctance to provide its own Leopard 2 tanks has irritated several of Germany's allies. For Germany to allow other nations like Poland to re-export its tanks, it must amend its present restrictions.

On Friday, after a summit of more than 50 ally nations, Germany still had neither committed to sending the tanks or released their export license. However, it said it was not preventing the shipment of the tanks on its own.