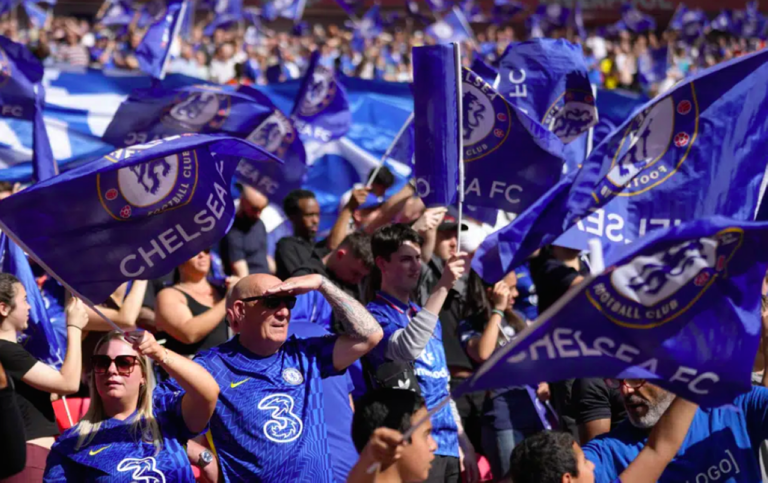 Chelsea hailed the EFA's decision that homophobic chant is punishable offense as a "step in the right direction" on Friday. On Wednesday, the FA announced that "Rent Boy" chants aimed toward Chelsea fans by opposing fans would be deemed a violation of its regulations.

To drive home the message and try to root out discriminatory conduct, it has been written to every Premier League team and club in English soccer.

The ‘Rent Boy’ chant is intolerable and has no place in football or anywhere else. That opposition clubs can now face disciplinary action if their supporters engage in this discriminatory and offensive behavior is a step in the right direction. Everyone who chooses to participate in this chant must know their actions have consequences.

There have been reports that the chants were used during recent Chelsea matches.

The Football Association strongly condemns all offensive, abusive and discriminatory chanting in football stadiums, and is determined to stamp this behavior out. These chants can have a lasting and damaging impact on people and communities within our game, and it must stop.

What Is Rent Boy Chant?

A "rent boy" is a youthful, low-income male prostitute. It was a common slang phrase until 1969 when it returned to English popular culture. It originated in London's West End, including Chelsea.

In the 1960s and 1970s, many teenage lads in London turned to the sex trade to make ends meet. Earls Court in Chelsea was one of the most well-known spots to pick up male sex workers in this era since it also had a number of pubs (and other venues) that LGBT people have visited for drinks in a safe setting.

Openly gay is still unsafe in 2021. Liverpool's recent homophobic beatings demonstrate this. Every LGBT person understands that being openly oneself in public is a bold act since they risk verbal or physical assault for being themselves. In the 60s and 70s, LGBT Londoners could feel comfortable in Chelsea.

The chant is linked to Chelsea because of its history. It wouldn't work if the club's neighborhood wasn't homosexual. It references Roman Abramovich's investment in the team. Liverpool and Manchester United supporters, with longer histories, were particularly furious about the additional money. Chelsea was traditionally LGBT-friendly and had male prostitutes.

The chant's irony is that Chelsea players and the cub's male supporters sell themselves for sex. Popular culture demonizes sex work, yet this chant's joke is homosexual sex. Importantly, "rent boys" is gendered. The joke is that they sell themselves to other guys, which is insulting.

The chant jokes about (often closeted) males sexing young LGBT lads or straight guys who have resorted to sex work out of hardship. The LGBT element's subversiveness makes it disrespectful when sung in this setting, and Chelsea's history with queer people makes it the target, unlike Manchester City.

"Gay" is crucial. It would fall differently. It wouldn't land without it. Homophobic jokes use homosexual sex to land. If the phrase were meaningless, as some claim while defending their singing of it, it would be used in situations unrelated to queer history. It would apply to various circumstances and clubs, most importantly.

LGBT+ supporters believe that the move to label an English soccer chant as anti-gay demonstrates the game's ongoing evolution as authorities in the country that birthed the sport address issues of homophobia and racism.

Chelsea FC is now in third place in the Premier League, but its players are often jeered by the crowd with shouts of "rent boys," a slur for male sex workers and a jab at the area's longstanding image as a homosexual mecca.

Black players are often harassed from the fans, and there are no openly homosexual or bisexual men playing in the top divisions, all of which have put pressure on football regulating bodies throughout the globe to clean up the multibillion-dollar sport.

Fans from Mexico have been prohibited from attending two upcoming home World Cup qualifiers in March due to homophobic chants.