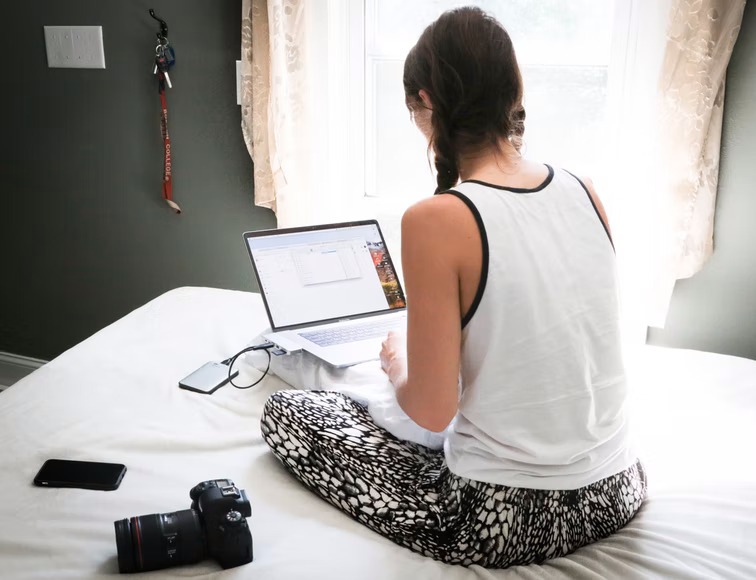 Internet addiction disorder is a catch-all phrase for the obsessive urge to spend too much time on the internet to the extent that relations, jobs, and health suffer. Medical opinion is mixed as to whether Internet addiction may be classified as a mental condition in and of itself.

What Is Internet Addiction Disorder?

Internet addiction disorder, also known as pathological internet use, is commonly characterized as problematic, obsessive internet use that leads to considerable impairment in an individual's function in many life areas over time.

Young individuals are especially vulnerable to internet addiction problems, as evidenced by case studies of pupils whose academic performance deteriorates as they spend more and more time online.

Some people experience health effects due to sleep deprivation, as they stay up longer and later to talk online, check social network status updates, or advance to the next gaming level.

Internet addiction occurs when a person has a compulsive urge to spend a significant amount of time on the Internet, where other aspects of life (such as relationships, career, or health) suffer.

Is Internet Addiction A Disorder?

The World Health Organization, the Diagnostic and Statistical Manual of Mental Disorders (DSM-5), and the International Classification of Diseases have not recognised excessive Internet usage as a problem (ICD-11). The diagnosis of gaming disorder, on the other hand, has been included in the ICD-11.

The issue is whether the condition is a distinct clinical entity or a symptom of underlying psychological problems. The subject has been handled from numerous perspectives in research, with no widely defined or approved terminology, making it challenging to generate evidence-based recommendations.

Professionals who recognise internet addiction tend to label it as either an obsessive-compulsive disorder or an impulse control problem to facilitate therapy.

Because adolescents and emerging adults use the Internet more than any other age group and are more likely to overuse it, the topic of Internet behaviour disorder is especially pertinent to young people.

Internet addiction encompasses a broad spectrum of internet, computer, and mobile technology-related behaviours and impulse control issues. However, experts have identified 5 subcategories of distinct sorts of computer and internet addictions.

What Are The Main Causes Of Internet Addiction?

Internet addiction is caused by a variety of factors. Several variables, including:

When Internet addicts are feeling overwhelmed, upset, sad, lonely, or nervous, they turn to the Internet for relief and escape. According to University of Iowa research, Internet addiction is fairly widespread among guys aged 20 to 30 who are depressed. Certain persons, such as those suffering from anxiety and depression, are susceptible to developing a computer or Internet addiction.

Because they lack emotional support, they resort to the Internet to meet this need. There are also people who have a history of other sorts of addiction, such as alcoholism, drug addiction, sex addiction, and gambling addiction.

Addiction to the Internet manifests itself in both physical and emotional symptoms; however, these characteristics may differ from person to person. These are warning signs that an addiction is on the way. It is not too late if you or a loved one exhibits these signs. We can assist you with only a phone call.

Internet addiction may have various negative physical and mental impacts on a person. Body pains, Carpal Tunnel Syndrome, sleeplessness, visual issues, and weight gain/loss are just a few of the physical effects of internet addiction.

Depression, dishonesty, anxiety, social isolation, anger, and mood swings are some of the emotional consequences. The volume of the brain changes as a result of internet addiction. The alterations in the brain are comparable to those caused by alcohol and cocaine addiction. IAD decreases the brain's grey and white matter fibers, causing alterations in emotional processing and cognitive functioning.

This covered their home life, work/school responsibilities, and capacity to socialize in the real world. Individuals suffering from these addictions also had much greater despair and anxiety symptoms. There is also disagreement on whether computer, mobile phone, or online addiction is the source or result of such mental health disorders.

ADHD characteristics such as trouble planning, poor time management, and higher-than-average attentional impulsivity are also frequent among internet addicts. Furthermore, persons with an addiction are more likely to have a co-occurring disease that needs specialized care and treatment.