Microglia In Neurological Diseases - A Path For Brain Disease Inflammation 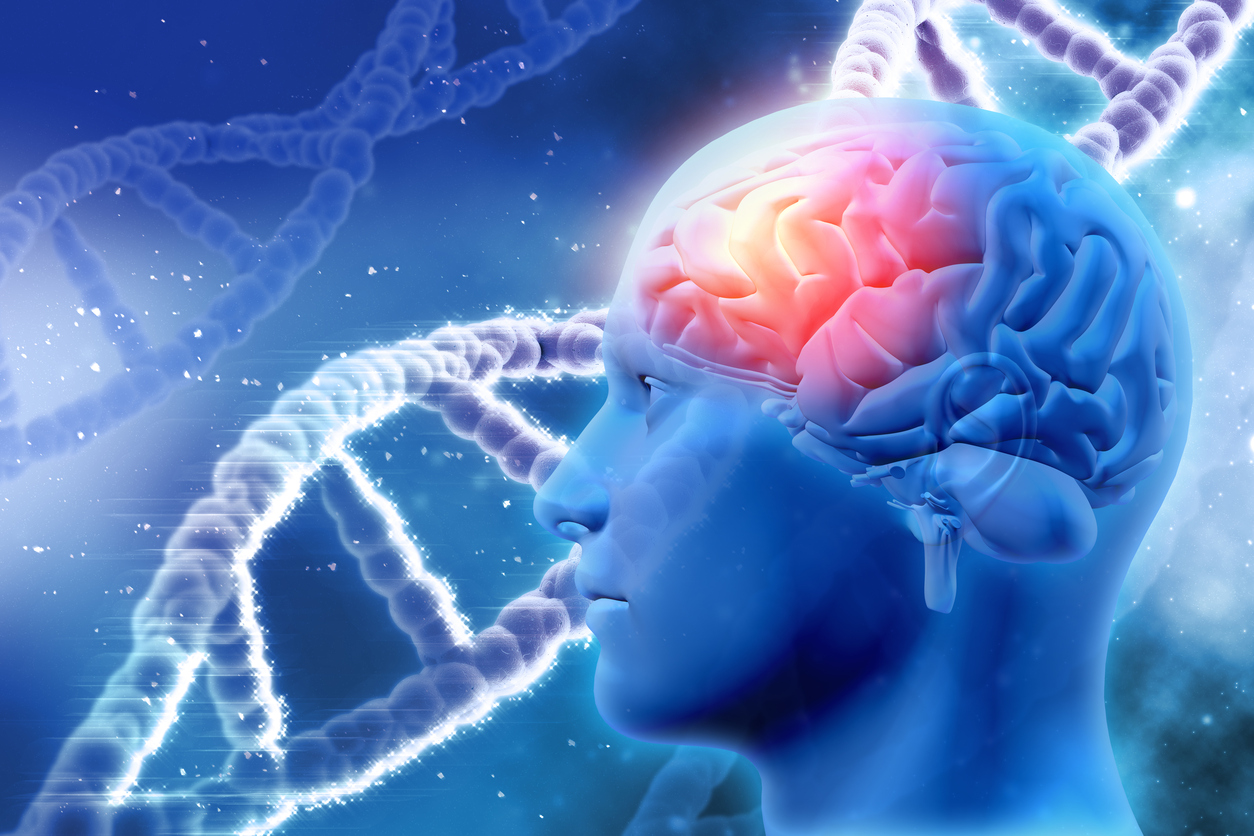 In this article, we will examine the role of microglia in neurological diseases, such as Parkinson's, Alzheimer's, and FTD, in which microglial activation is associated with pathology progression and symptom severity.

Microglia account for 0.5–16.6% of the total cell population in the human brain and 5–12% in the mouse brain, depending on the anatomical area.

Under physiological settings, the local microenvironment and cell-cell interactions closely regulate the amount and function of microglia.

Microglia are able to alter their proliferation, morphology (i.e. shorter processes), phagocytic activity, antigen presentation, and release of inflammatory agents such as cytokines and chemokines in response to an insult.

The local microenvironment and illness settings, in which microglia interact closely with neurons, astrocytes, and oligodendrocytes, vary across the many diseases presented in the various locations.

The microglial phenotype is thus disease-dependent and may be influenced by biochemical and cellular composition, neuronal subpopulations and circuitry, neurotransmitter, and the local metabolic rate.

What Is A Neurological Disease?

If a problem is caused by a malfunction in any component of the brain or nervous system, it is referred to as a neurological ailment.

After conception, the human brain's development continues throughout infancy, youth, and adulthood, as the brain's structure and function change. Brain cells are produced in the womb, but the billions of connections between these cells (neurons) are not established until infancy.

Gray matter (neurons and connections) and white matter make up the brain's structure (axons surrounded by a myelin sheath). An example of a motor neuron is shown above.

Self-organization is a hallmark of the human brain. In order to further its growth and development, it picks information. It can also adjust to its surroundings. A person's senses of touch, smell, sight, taste, and hearing create neural pathways in the brain.

The brain, spinal cord, and nerves are all involved in neurologic illness. Symptoms vary depending on the location of the injury. Movement, communication, vision, hearing, and even thinking may be impaired by diseases of certain brain regions.

Diseases of the nervous system may be quite broad-ranging. Different causes, complications and results may be found for them. As a consequence, many have to be managed throughout their lives.

Symptoms of neurologic illnesses might vary. It is possible that a patient would have physical, cognitive (or thinking), emotional, and behavioral problems. Examples are cerebral palsy and ADHD, both of which have physical symptoms, but which have a bigger impact on behavior. 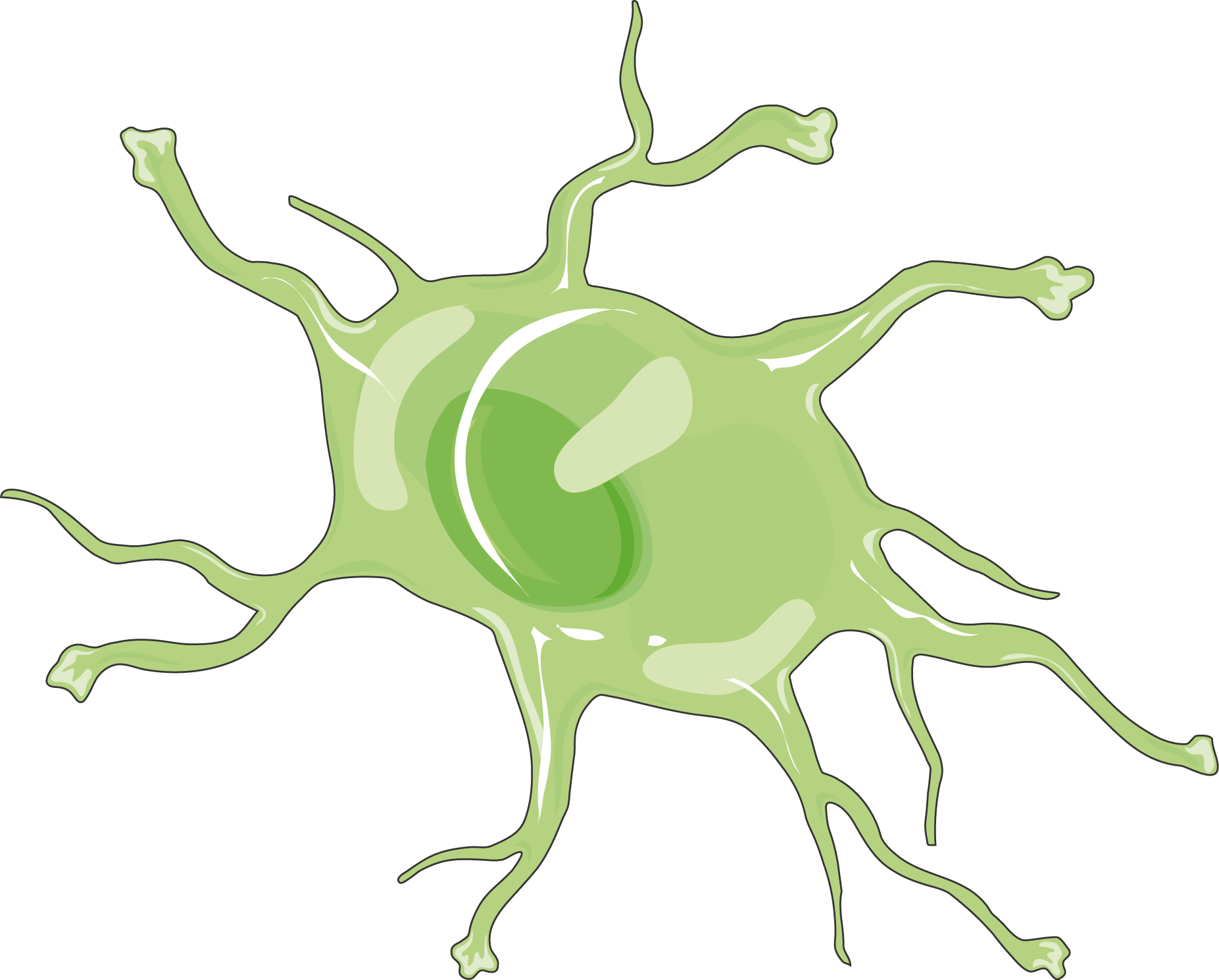 A representation of a microglia cell in green

What Is A Microglia?

When an injury occurs to a brain cell, microglia are activated and begin repairing damage to the brain's neurons. The microenvironment of the central nervous system (CNS) tightly regulates the specific homeostatic nature of microglia, which makes them different from other tissue macrophages.

Microglia act as brain macrophages. It is their job to rid the CNS of microorganisms, dead cells and redundant synapses, as well as protein aggregates and other particulate and soluble antigens that may pose a threat.

Furthermore, microglia are the principal source of proinflammatory cytokines, and they may initiate or influence a wide range of cellular reactions.

The etiology and underlying causes of Alzheimer's disease (AD), the most prevalent type of dementia caused by neuronal loss, are still not completely understood.

Excessive synthesis and/or lack of clearance of Aβ peptides produced from APP cleavage and aberrant intraneuronal buildup of hyperphosphorylated tau protein are both implicated in the extracellular deposition of amyloid-β (Aβ) plaques in Alzheimer's disease (AD).

There is a multifactorial component to the illness that is thought to be caused by factors such as genetics, environment, and lifestyle in around 90% of people with Alzheimer's disease. Alzheimer's disease (AD) is linked with a high activation of the innate immune system, indicating that neuroinflammation is a major component in the pathogenesis of AD.

Over 20 genetic loci have been shown to be strongly related with Alzheimer's disease (AD) risk and microglial immune responses in genome-wide association studies (GWAS).

During the course of Alzheimer's disease, it has been hypothesized that the hippocampus undergoes both functional and structural alterations.

PRRs bind to various DAMPs or PAMPs, as previously stated. Microglial cells, for example, may get inflamed by A species. Bacteria and other microbes produce amyloid-like formations, which are the first line of defense for the brain's innate immune system.

In light of this, the microglial response to Aβ may have evolved in this way. Inflammasomes, toll-like receptors (TLRs), and apolipoprotein E (ApoE) are just a few of the major PRRs-associated risk factors we'll cover in this section.

Cell metabolism and fat transport are both regulated by the ApoE protein. Four distinct alleles of ApoE have been identified. If there are three to eight copies of the ApoE 4 allele, the risk of Alzheimer's disease (AD) rises three to eightfold.

It's possible that the uncommon ApoE 2 allele may protect against Alzheimer's disease, whereas ApoE 3 is more prevalent and seems to have little effect, and ApoE 4 is a big risk allele for the disease.

FTD is characterized by a persistent or progressive decline in cortical and subcortical abilities. After Alzheimer's disease (AD) and dementia with Lewy bodies (DLB), this is the third most prevalent kind of dementia and the most frequent type of early-onset dementia.

In the frontal and temporal lobes, neuronal loss, gliosis, and microvascular alterations cause cognitive impairment and mood, behavior, and personality abnormalities in people with frontotemporal lobar dementia (FTLD).

There are three kinds of FTLD, each focusing on a distinct protein component of aberrant neuronal and glial deposition and distribution: Most FTLD cases are FTLD-Tau, which is linked to the microtubule-associated protein Tau, followed by FTLD-TDP, which is linked to the 43 kDa transactive response DNA-binding protein, and finally by the very rare FTLD-FUS, which only occurs in around ∼5% of cases.

Protein aggregation and neuroinflammation changes may occur in the early stages of FTLD or AD, according to multiple research published recently. There is evidence that microglial activation may begin at the earliest stages of FTLD, as shown by enhanced binding of the microglial ligand 11-C-R-PK1195 to frontotemporal brain areas in PET imaging studies. Activated microglia have also been linked to cognitive deterioration in people with Alzheimer's disease (AD).

A motor brain condition defined by dopaminergic neuron loss, Parkinson's disease (PD) causes progressive movement disability. Many studies have examined the innate immune response in PD, and the data clearly shows that the neuroinflammatory response plays a role in the course of PD. The Locus Coeruleus (LC) is another important component in Parkinson's disease pathology, which we shall go into more depth about below.

Dopaminergic neurons in the SNpc die most often in people with PD. The striatum receives these neurons' axons when they exit the SNpc. Patients with Parkinson's disease have movement impairment mostly as a result of the breakdown of these neural connections.

As a result, other parts of the brain, including the LC (dorsal motoneurons), amygdala, and hypothalamus, also lose dopaminergic neurons. Intraneuronal inclusions of misfolded α-synuclein, known as Lewy bodies, are another hallmark of the disease.

Neuronal somas [Lewy's bodies (LB)] and neurites (Lewy's neurites) both include these inclusions. Even while α-synuclein inclusions are a characteristic of Parkinson's disease, they may also be identified in other diseases including dementia with lewy bodies (DLB).

Inflammation has an important role in Parkinson's disease, in addition to dopaminergic neuron loss in the SNpc and intraneuronal synuclein deposits. An unusually large number of microglia may be seen in the spinal nodes of the brain (SNpc). Microglia and astrocytes have a limited role in the inflammatory response in Parkinson's disease.

In the introduction, we indicated that microglial cells are involved in the removal of debris linked with the death of neurons. Microglia may be activated by death cell debris, and this leads to the production of inflammatory factors such as pro-inflammatory cytokines, chemokines, and reactive oxygen and nitrogen species (ROS and RNS) (RNS).

As a result, it's possible that neuroinflammatory reactions have an impact on the disease's course.

Microglial activation in Parkinson's disease (PD) is well recognized. In 1988, a research by Mcgeer et al. found that the SNpc of PD patients was responsive to human leukocyte antigen (HLA) receptors.

On the contrary, inhibition of NRS in vitro protects neurons in co-culture with LPS-activated microglial cells. In addition, the synthesis of several pro-inflammatory cytokines may have a deleterious impact on neurons that express their receptors.

As an example, dopaminergic neurons of PD patients have a high TNF-α expression level, which may have a detrimental influence on inflammation.

A full 3D representation of a microglia in blue

How Do Microglia Impact Neuronal Function?

Soluble substances such as cytokines, prostaglandins, and neurotrophic factors are released by microglia in turn, and they bind to neuronal receptors.

How Does Microglia Cause Alzheimer's?

The appearance of brain plaques known as amyloids in Alzheimer's patients is one of the disease's hallmarks. Microglia seem to play an important part in a sequence of events triggered by these plaques, according to research. Specialized brain cells known as microglia serve as the brain's first and most important line of defense against outside invaders.

What Do Microglia Do After Nerve Injury?

Microglia that have been triggered attract immune cells from the peripheral circulation to the wounded location, where they begin the inflammatory process. Consequently, cytokines and chemokines are released, motivating local microglia to remove damaged tissue and coordinate neuronal restoration processes. This leads to continued release

As innate immune cells of the brain, microglia are capable of detecting and responding to environmental stimuli. Microglia undergo dynamic structural reactions as a result of disease, inflammation, and injury to the brain.

Neurodegenerative illnesses including Alzheimer's, Parkinson's, and Frontotemporal Dementia (FTD) are all linked to the inflammatory response and activation of microglia. Microglial activation must be elucidated in order to fully comprehend the intricate interaction of cells.

Microglia activation profiles in brain illnesses seem to be location and context-dependent, according to research. These factors have been explored throughout this study and may have an influence on the performance of microglia in brain-related disorders such as Alzheimer's or Parkinson's disease (PD).

While the environment and cell contacts with microglial cells play an important function, another critical element is the expression and activation of various PRRs.

The mosaic of possible microglial responses is shown by the interplay of several PRRs and ligands. These illnesses are so diverse that it's both a scientific challenge and a potential avenue for the development of novel treatments.