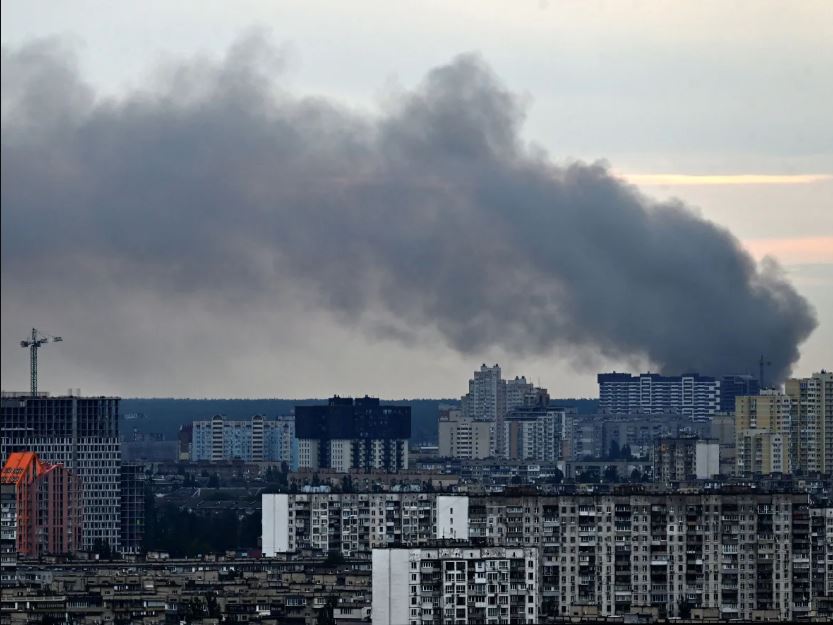 More Russia missiles hit Ukraine damaging energy infrastructure on Saturday. At least 20 people were killed in an attack on an apartment building in the city of Dnipro in the east. Kyiv, Kharkiv, and Odesa were among the other cities that were hit.

After missiles hit power lines in several cities, a lot of Ukraine is now without electricity. The UK said earlier that it would send Challenger 2 tanks to Ukraine to help protect that country. Rishi Sunak, the Prime Minister of the UK, said that the Challengers, the main battle tank of the British army, would help Kyiv's forces "push Russian troops back."

Russia replied by saying that if Ukraine got more weapons, Russian operations would get worse and more civilians would die. Later on Saturday, which is when Ukrainians celebrate the Old (or Orthodox) New Year, Ukrainian President Volodymyr Zelensky said that Russian attacks on civilian targets could only stop if Ukraine's Western partners gave it the weapons it needed.

In his nightly video address, Ukrainian President Volodymyr Zelensky said that his forces shot down more than 20 out of 30 Russian missiles fired at Ukraine.

What is needed for this? Those weapons which are in the depots of our partners and which our soldiers are waiting for so much.

The devastating attack in Dnipro hit the entrance of a nine-story building, turning several floors into smoldering rubble and injuring 73 people, including 14 children, Ukrainian officials said. It is likely to be the worst attack in months.

A large group of people gathered at the strike site to watch the rescue effort and to help the rescue workers look for survivors. There were urgent calls, long lines of people helping to clear the rubble, and torch beams that cut through thick clouds of dust and smoke. 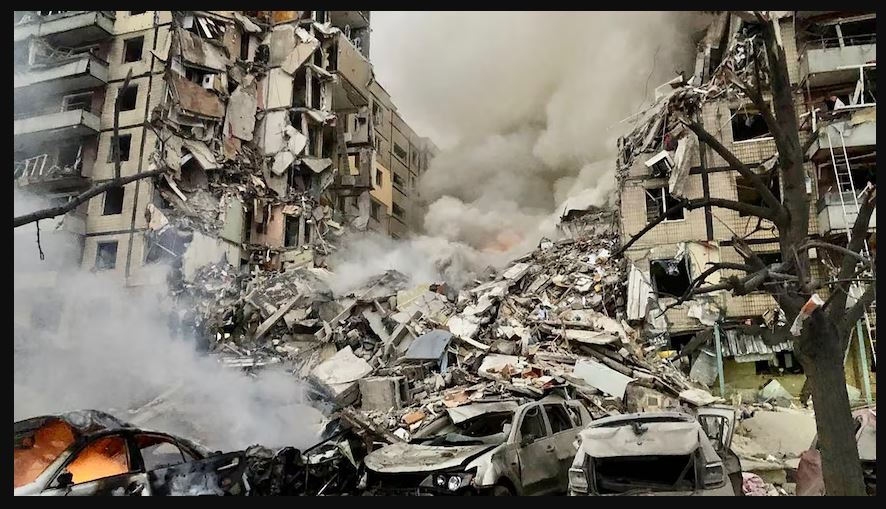 Several building collapsed as a result of Russian missiles on Ukraine

Mr. Zelensky said in his speech that clearing the debris in Dnipro would take all night: "We are fighting for every person, every life." So far, 38 people, including six children, have been saved from the building, officials say.

Even though the apartment building is quite far from the nearest power plant, no one knows why it was destroyed in such a way.

On a day when Russia seemed determined to go after Ukraine's energy grid again, this could have been one of Russia's less accurate missiles or something shot down by Ukraine's air defenses, though this seems less likely at first glance.

Since the last wave of Russian attacks on Ukraine's power grid, two weeks have passed. Mr. Zelensky said that the areas of Kharkiv and Kyiv, where energy infrastructure was hit on Saturday, were in the worst shape.

Earlier, the state energy company of Ukraine, Ukrenergo, said that all regions would have 24-hour limits on how much energy they could use until local midnight.

Officials in the West and Ukraine had started to wonder if Russia's "energy war" might be coming to an end. This is because Russia might not have enough missiles that can hit Ukraine, and the strategy hasn't broken Ukraine's spirit yet. The attacks on Saturday show that Moscow still thinks this is a good strategy.