Peru Extends State Of Emergency In The Face Of Violent Protests 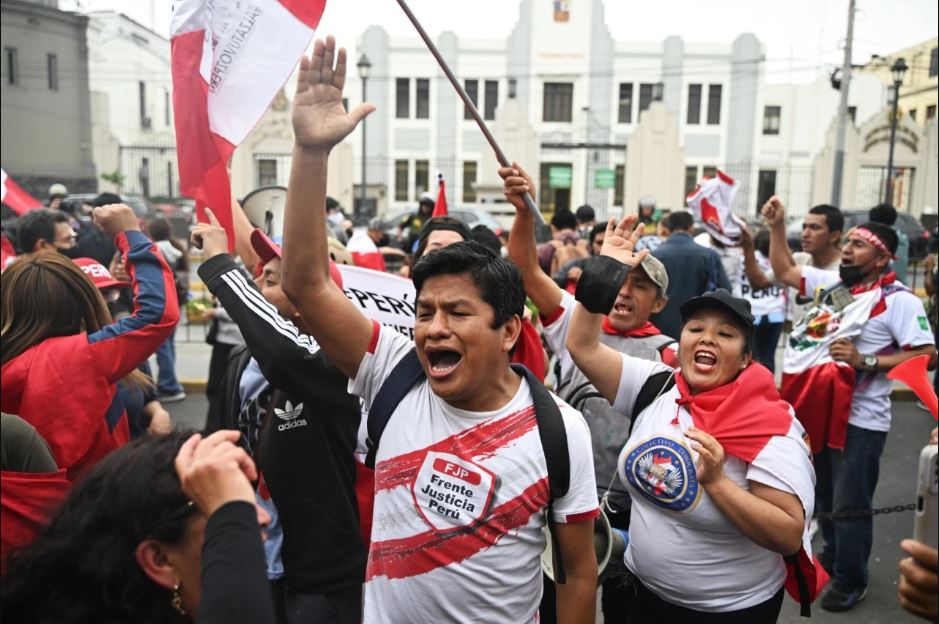 Peru extends state of emergency in the face of violent protests as violence in Peru enters its worst in decades. It started last month when former President Pedro Castillo was removed from office. Protesters who don't like the current government are calling for a change in government.

In December, there was a state of emergency, fights broke out at airports and on highways, and hundreds of foreign tourists were stuck in the country because of the chaos.

Dozens of people have died in fights with security forces so far, and human rights groups say that police used too much force, including guns, against protesters. Reuters says that the army says protesters have used homemade bombs and weapons.

Dina Boluarte, the new president of Peru, seems to be in just as much trouble as her predecessor. In January, Peru's top prosecutor opened an investigation into how Boluarte handled the unrest, and a few of her ministers quit.

Why Then Are Protesters So Angry?

Castillo's removal has made the country's long-simmering political problems worse. Protesters have been calling for new elections, Boluarte's resignation, a change to the constitution, and Castillo's release from jail while he waits for his trial.

Castillo was a former teacher and union leader who had never been elected before he became president. He was from a rural part of Peru and tried to show that he was a man of the people. Many of his supporters come from poorer areas and hope that Castillo will help the rural and indigenous people of the country.

Even though there have been protests all over the country, the most violent ones have been in the rural and indigenous south, which has long been at odds with the White and mestizo (a person of mixed descent) elites who live along the coast.

The public is also skeptical of Peru's legislative body. Peruvian law says that the president and members of congress can't run for office more than once, and critics have pointed out that they don't have much political experience.

Peru declares state of emergency in Lima after protests

What Caused The Recent Unrest In Peru?

Peru's government has been in disarray for years, and Boluarte is the country's sixth president since 2018. In December, Castillo tried to get rid of Congress and set up an emergency government, which caused more political chaos.

Castillo was removed from office after being found guilty of corruption. During his short time in office, he had been the subject of several corruption investigations. He is being accused of rebellion and plotting against the government, which he has denied.

In the days after he was taken out of power, his supporters took to the streets to demand his release. Some people have called this a "national insurgency."

As a result of clashes between protesters and police, more people on both sides are scared and angry. After a break over the holidays, protests started up again at the beginning of January. At least 17 people died in protests against the government in the city of Juliaca in the Puno region in the south. This is where most of the indigenous Aymara people live.

The head of legal medicine for Juliaca said that bullet wounds were found on 17 of the civilians who died. A few days later, "unknown people" killed a police officer who was patrolling the area by setting him or her on fire.

How Has The Current Government Responded?

Boluarte has tried hard to make the protesters calm down. In the middle of December, her Defense Minister at the time, Otárola, declared a state of emergency and sent troops out into the streets. Since the protests began, at least 49 people have died and hundreds have been hurt because of the violence that followed.

In January, Peru's prosecutor began looking into Boluarte, Otárola, and other important ministers for "genocide, qualified homicide, and serious injuries" in connection with the violence. Boluarte has said that she will help with the investigation.

The office of the attorney general also said it would look into how the protests were handled by former Prime Minister Pedro Angulo and former Interior Minister Cesar Cervantes, who both worked for Boluarte for only a few weeks.

Since the protests began, a number of top ministers have quit. Eduardo Garca Birmisa, who used to be the country's Minister of Labor, quit on Thursday. In a letter posted to his Twitter account, he asked Peru's president to apologize and hold general elections. Victor Rojas Herrera, who had been Minister of the Interior, and Grecia Rojas Ortiz, who had been Minister of Women and Vulnerable Populations, both quit the next day.

Boluarte has said she has no plans to leave office, even though political pressure is growing. Boluarte told the people of Peru in a speech shown on state-run TV Peru on Friday:

I am not going to resign, my commitment is with Peru, not with that tiny group that is making the country bleed.