Russia's Withdrawal From Part Of Kherson Is Embarrassing And Expected 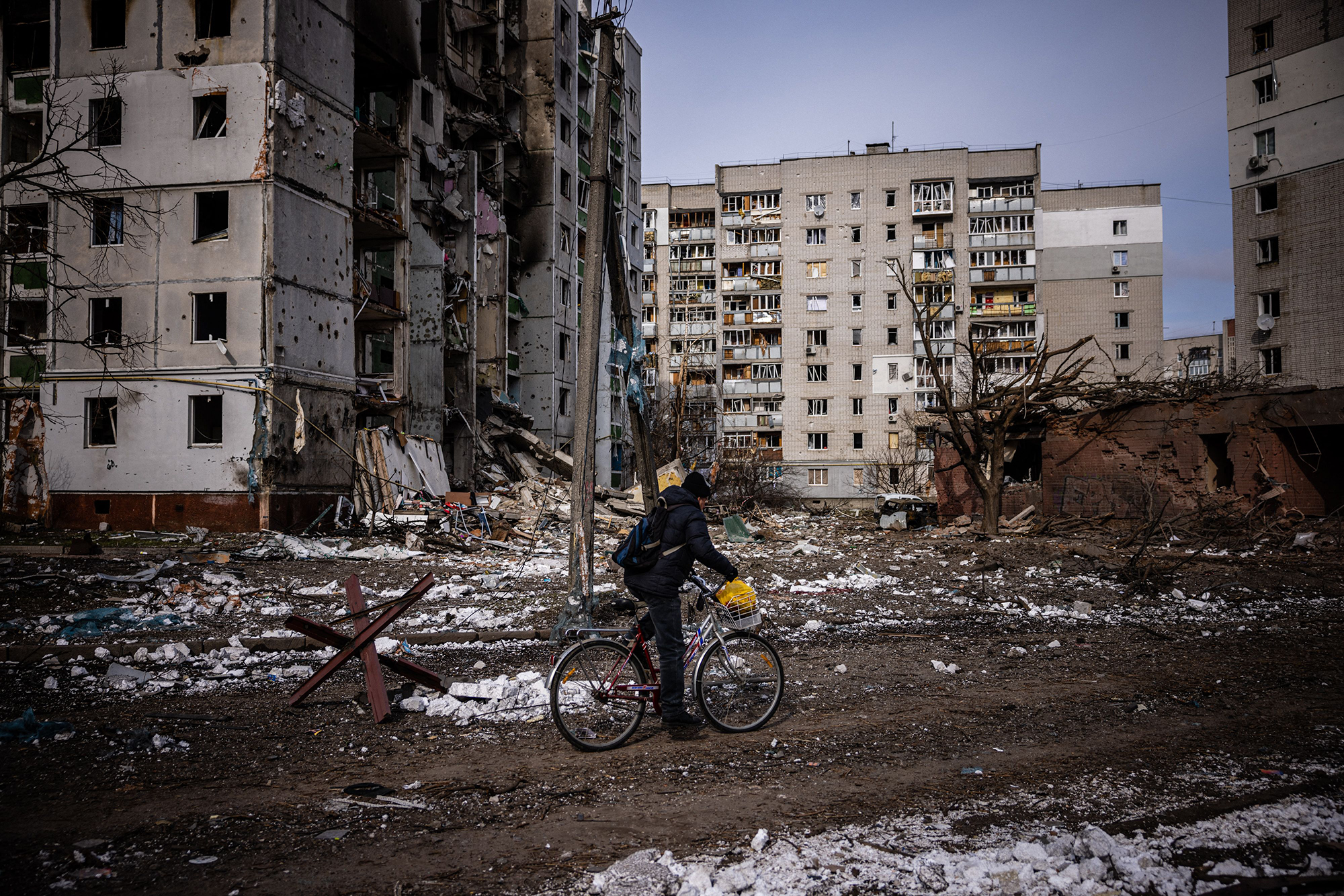 Russia's withdrawal from part of Kherson is embarrassing and expected according to Russia's Defense Ministry who said that its troops are getting ready to leave a big part of the occupied Ukrainian region.

The plan would mean that Russia would have to give up thousands of square kilometers of land that it has occupied since the beginning of the invasion. This includes some of the best farmland in Ukraine. Russia was only officially recognized as the owner of these lands five weeks ago.

At a carefully planned meeting in Moscow on Wednesday, Russian Defense Minister Sergei Shoigu and General Sergey Surovikin, who was just named commander of what Moscow calls its "Special Military Operation" in Ukraine, tried to make the withdrawal look as good as possible.

Surovikin said that since August, Russian troops in Kherson have killed 9,500 Ukrainian soldiers and been able to stop "up to 80% to 90%" of enemy missiles.

Still, he said, going back would save the lives of both civilians and troops.

I understand that this is a very difficult decision, but at the same time we will preserve the most important thing – the lives of our servicemen and the overall combat capability of the grouping of troops, which is futile to keep on the right (west) bank in a limited area.

Russian commentators and officials have been careful not to use the word "retreat." Instead, they have described the "withdrawal" as a smart military decision to regroup on the east side of the river Dnipro, in strong positions that Ukrainian forces would have a hard time taking down.

At this point, we don't know what the Ukrainians will do. Their soldiers on the southern front lines are tired, and the land in front of them is probably full of mines. Blood would be spilled more if the Russian troops were chased, and so would any fighting in crowded places like Kherson city.

In his daily video message, Ukrainian President Volodymyr Zelensky said that his country will

Move very carefully, without emotions, without unnecessary risk. We are gradually moving to the south, strengthening our positions. Step by step.

The announcement in Moscow didn't make people thump their chests like it had in the past.

Ramzan Kadyrov, the leader of Chechnya, has often been critical of the Defense Ministry and the high command. He said that Surovikin had saved a thousand soldiers and “made a difficult but right choice between senseless sacrifices for the sake of loud statements and saving the priceless lives of soldiers.”

Kadyrov also said that it was hard to fight in Kherson because there were no guaranteed supply routes.

When Ukraine got longer-range rockets like the US HIMARS in the summer, it started destroying as many river bridges, railroad hubs, and supply depots as it could far behind Russian lines. The Russians used pontoon bridges and even submerged railroad cars, but it became harder and harder to get weapons and other supplies across the Dnipro.

But not everyone was happy about the Kherson withdrawal. Sergey Markov, a hawkish Russian commentator, called the planned handover of Kherson “the largest geopolitical defeat of Russia since the collapse of the USSR. The political consequences of this huge defeat will be really big.” He said this on his Telegram channel. There will be a lot of political fallout from this huge loss."

“The main reason for this defeat is the rejection of a real war and the catastrophic delay in making the necessary decisions,” he said.

Kadyrov seemed to agree that Moscow had less choice because of the delays. He said that fighting in Kherson would have been hard without a steady supply of ammunition and a strong, reliable back. “Why was this not done from the first days of the special operation?”

Back in October, when Surovikin was put in charge of the whole operation, he said that hard decisions would have to be made. The Kharkiv disaster, in which Ukrainian forces took over much of the area in a week, happened before he was appointed, and he may have been worried that Kherson could quickly become another embarrassing situation.

Surovikin told the Russian state news agency TASS in an interview on October 18 that plans for Kherson would depend on the "developing military-tactical situation," which he said was "already very difficult."

“We will act consciously, in a timely manner, not excluding the adoption of difficult decisions,” he said.

It seems that being careful became more important than being brave. Russian forces have been digging in on the east bank for the past two weeks. Pillbox guardhouses are now common, trenches were seen on satellite images, and people were forcibly moved out of their homes near the river. 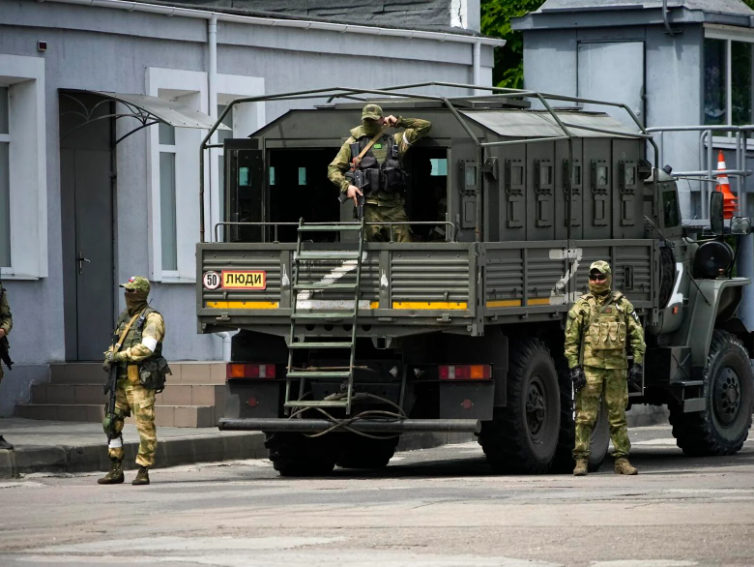 What Will Happen If Russia Withdraws?

If and when Russian troops move to the east bank, it will be easier for them to get supplies and they will have a stronger defense. If Ukrainian forces tried to cross the Dnipro, it would be so expensive that it would be impossible.

Russia would keep control of 60% of the area around Kherson, which includes the Sea of Azov coast. As long as Moscow's troops control and fortify the east bank of the Dnieper, it will be hard for Ukrainian forces to damage or stop the canal that brings fresh water to Crimea.

After a rough few months, Russia's defensive lines seem to be Surovikin's top priority. He said on Wednesday that the forces being pulled out of Kherson "will be used for active operations, including offensive ones, in other directions in the operation zone."

There is always a chance that the meeting in Moscow on Wednesday was set up to trick Ukrainian forces into a trap and that the Russians don't really plan to leave the west bank. There has been a lot of doubt among senior Ukrainian officials. But the tactical situation for Russian forces, which have been pushed into a small area above the river that is getting smaller, has gone from hard to almost impossible in just a few weeks.

You can't hide the bigger political failure in Kherson. Since March, Russian officials have been in charge of Kherson and the area around it. They gave Russian passports to anyone who wanted one, talked about replacing the Ukrainian hryvnia with the ruble, and set up a system for stealing a lot of grain.

Top officials from Moscow came to Kherson to talk about how to make it part of the "Russian world." Then, in September, there was the illegal and unlikely referendum, which was followed by the ceremony in Moscow where Kherson and three other regions were taken over.

Putin said he had a message for Kyiv on September 30. “People living in Luhansk and Donetsk, Kherson and Zaporizhzhia are becoming our citizens. Forever.”

“We will defend our land with all the powers and means at our disposal.”

Still, a week in politics is a long time. Putin planned a party a little over a month ago, but it didn't go as planned in one area. At the same time, Ukrainian forces are making progress in Luhansk.