Semen Retention - What Should We Know About Its Potential Health Effects?

Orgasm is often associated with ejaculation in people who have penises. But these are two different things, and some people teach themselves to have an orgasm without ejaculating. This is called semen retention.

Supporters say that semen retention could be good for you in many ways, including physically, emotionally, and spiritually.

What Is Semen Retention?

Semen retention occurs when a person deliberately resists ejaculating. This can be done by not getting sexually active, stopping before ejaculation, or learning how to climax without ejaculating.

Although this behavior seems new, it is most likely a result of the internet's current prominence. Keeping sperm is an old method that is said to make men stronger physically and spiritually.

It's a beautiful, little-known truth that, although they usually happen simultaneously, orgasm and ejaculation are independent biological processes, and one may occur without the other,

It is also known as, or is involved in, the following practices:

What Does Happen To Body During Semen Retention?

There is little scientific evidence that retaining sperm is beneficial or harmful. If a person does not ejaculate, the body will break down the sperm and reabsorb it.

A person may want to save their sperm for a variety of reasons. Some individuals feel that sperm retention may assist with:

Is NoFap The Same As Semen Retention?

NoFap, although part of the same discussion, is not the same as sperm retention.

Proponents claim it may aid in the treatment of obsessive sexual behavior. "Fapstinence" is said to provide many of the same mental and physical advantages as sperm retention. However, most of the claims lack scientific support.

According to McDevitt, the primary reason individuals practice semen retention is to keep an erection after climax, which allows them to continue pleasuring a partner and having sex for extended lengths of time.

Usually, the penis passes through a refractory phase following ejaculation, during which it cannot harden again, but this does not occur after dry orgasms.

Some people think that if they don't ejaculate for a while, they can have stronger orgasms.

However, some small-scale research from 2001 shows that not ejaculating for three weeks may not have much of an effect on a person's neurological system when they ejaculate. 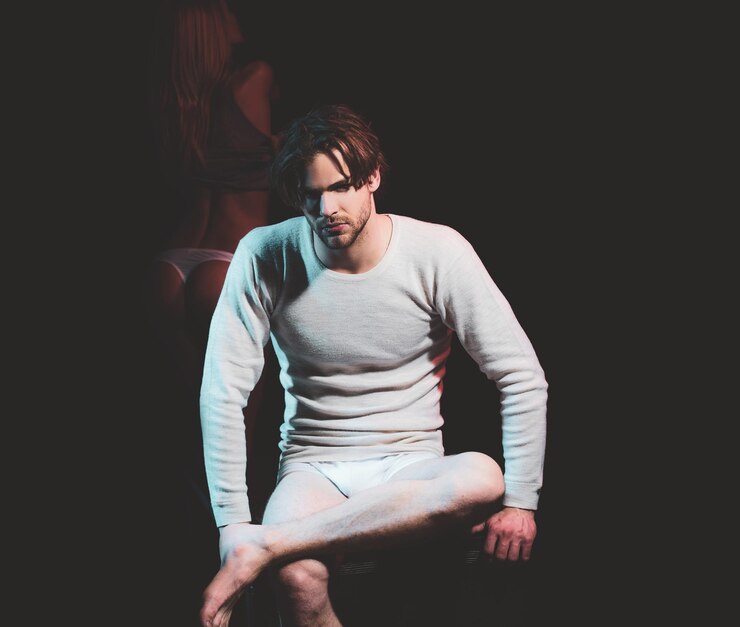 Man sitting down and wearing gray top and white underwear

People who have premature ejaculation may employ edging methods to extend their sexual activities.

Multiple orgasms for males and individuals with penises are feasible, albeit not nearly as often as for women and those with vaginas, and semen retention is considered necessary, according to McDevitt.

You can experience many non-ejaculatory orgasms in a row without losing your erection if there is no refractory phase.

Some individuals feel that retaining sperm might enhance sperm quality and boost fertility. However, studies on this have been limited.

According to earlier research, abstaining from ejaculating for one day is all that is required to offer the finest possible semen samples.

According to research from 2018, ejaculatory abstinence intervals of more than 4 days had a negative impact on sperm. According to one 2015 study, every ejaculation had no significant adverse effects on sperm quality.

If you're attempting to conceive, practicing semen retention for a short while may aid with conception the next time you have intercourse.

The discipline of semen retention entails learning to orgasm while ejaculating, a procedure that often needs a person to get extremely familiar with their body and how it functions.

Some spiritual rituals include the concept that retaining sperm offers energetic advantages, such as increased life force energy. "The concept is that ejaculation releases life force," Kat Nantz, a somatic sex coach, adds.

"The notion behind not ejaculating is that your life force is then cycled back through your body, re-energizing you."

However, there is no scientific evidence to back up these claims.

According to relationship therapist Stephen James Burford, semen retention assists full-body orgasms in tantric sex. "You can spread orgasms all over your body by using air, music, and movement," he says.

"Because they're little studies, you have to doubt their validity," Carrubba adds. "There's some evidence that it may boost testosterone levels—and nothing that says it doesn't. If you're interested in it and believe it can help, go for it. Just make sure you're still having safe sex."

Testosterone levels are also linked to physical characteristics like muscle mass and a deeper voice. Still, no evidence has been found to relate the practice of sperm retention to these impacts.

Although few hazards are usually with not ejaculating, problems might occasionally develop.

Hypertension Of The Epididymis

Epididymal hypertension, often known as "blue balls," occurs when a person feels sexually aroused but does not ejaculate or orgasm.

Following a time of arousal that does not result in the climax, they may suffer soreness or pain in the testicles. This happens because of a buildup of blood in the testicles when a person is excited.

According to older studies, it is a harmless illness widespread among young male adults. Ejaculation or lowering arousal are common treatments.

If a person consistently avoids ejaculating or experiencing orgasm, they may have ejaculation problems.

A person, for example, may be unable to ejaculate or orgasm when they want to, or they may have premature ejaculation. They may also have retrograde ejaculation, which causes sperm to return to the bladder.

Although some individuals feel that ejaculating is harmful, investigations often show that the contrary is true. Endorphins, substances that may help block pain and make a person feel good, are released when a person ejaculates.

Some research shows that the number of times a man ejaculates may be linked to a lower chance of prostate cancer. 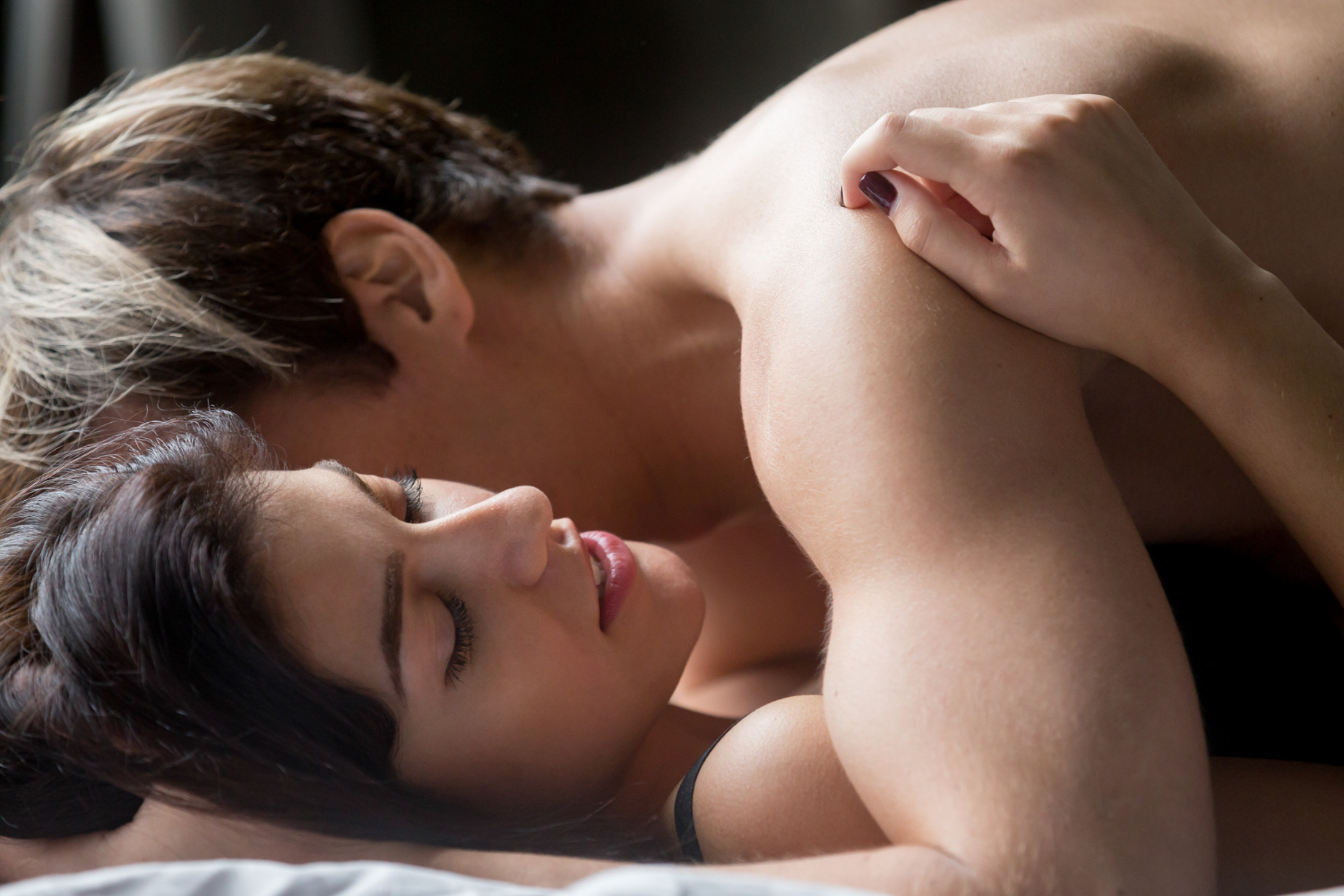 Couple having sex while woman is embracing lover lying in bed

Most research on how refraining from ejaculation affects the body has focused on total abstinence from sexual engagement.

Sperm motility has been shown to increase after short periods without ejaculating, and athletes may perform better if they don't make love for two hours before a competition.

There does not seem to be any study on the impact of dry orgasms yet.

When To Stop Semen Retention

If a person feels pain or discomfort during ejaculating, they should stop. They should also stop avoiding ejaculation if they cannot ejaculate when and if they desire to do so.

If a person cannot ejaculate and wants to father biological children, they should see a doctor since they may need medical assistance. Anejaculation may occur as a result of:

If someone discovers blood in their sperm after opting to ejaculate, they should not worry. This should be resolved within a few days. If a person is worried, they should consult with a medical practitioner.

How Often Should A Man Release Sperm?

There are no 'normal' times to ejaculate. Thus, there are no grounds to restrict your ejaculation. More excellent frequent ejaculation provides more health advantages. The average number of ejaculations depends on age, relationship status, and health.

What Happens If You Hold Your Sperm For Too Long?

Unejaculated sperm is not toxic to the body and does not accumulate. The body reabsorbs sperm that does not exit the body during ejaculation. There are no negative impacts on sexual desire or fertility.

Are There Benefits To Not Ejaculating?

What Are The Benefits Of Not Ejaculating For 30 Days?

There is insufficient research to draw solid judgments regarding the possible advantages of semen retention. However, there has been little evidence to show that there may be health hazards.

An outpouring of sperm does not have to be the grand finale of a sex act. Not blowing the metaphorical load is typically not necessary as long as you can get off and enjoy the experience.

A person has the option to refrain from sexual behavior for as long as they choose. They may also experiment with methods like edging or tantric sex to see if it is something they appreciate.

There is no specific frequency at which a person should ejaculate. As a result, individuals should do what seems right to them.