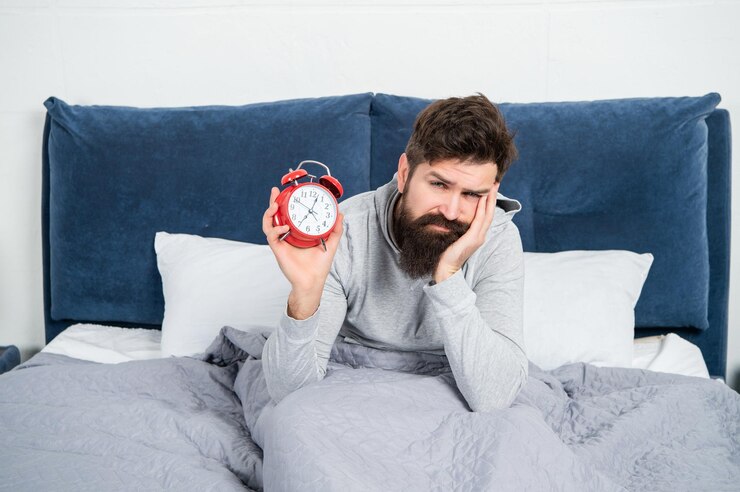 One of the cornerstones of a civilized society is the mutual aid practiced by its members.

But a new study by researchers at the University of California, Berkeley, shows that sleep deprivation hurts this essential human trait, which has real-world consequences.

Researchers have shown that those who regularly suffer from sleep deprivation are more likely to develop cardiovascular illness, depression, diabetes, hypertension, and even death.

But new research shows that not getting enough sleep also hurts our basic sense of social responsibility, making us less willing and ready to help others.

Heart disease, a bad mood, and loneliness have all been connected to sleep deprivation.

According to a study published on August 23 in PLOS Biology, exhaustion can also make people less charitable.

In one of three tests examining the relationship between sleep loss and generosity, researchers discovered that the hour of sleep lost each spring with the transition to Daylight Saving Time appears to decrease people's propensity to help others.

They specifically demonstrated that compared to four weeks before and after the time change, average donations to one nonprofit organization with headquarters in the United States fell by almost 10% throughout the workweek.

The researchers say the result has consequences beyond the week we advance our clocks because more than half of adults in affluent nations claim they rarely get enough sleep during the workweek.

Link Between Sleep Loss And Generosity

Ben Simon and his team first brought 23 teenagers into the lab for two nights to conduct preliminary research on the relationship between sleep loss and kindness.

The subjects were up for one night and then fell asleep the next.

Participants filled out a standardized altruism questionnaire in the mornings, ranking how likely they were to assist acquaintances or strangers in various situations.

For instance, participants rated whether they would lend a ride to a coworker in need or give up their seat on a bus to a stranger on a scale of 1 to 5, with 1 denoting least likely to help and 5 denoting most likely to.

The same scenario is never read to participants more than once. About 80% of the people studied were less likely to help others when they hadn't slept than when they had.

Not getting enough sleep made a network of empathy-related brain areas less active.

What Does The Study Say?

The study had 136 people who were recruited online and asked to keep a sleep diary for four nights.

Each participant then completed subsets of the altruism questionnaire before 1 pm on the following day.

Poor sleep quality was linked to lower levels of generosity, according to the study participants who reported spending more time awake in bed.

This decrease in helpfulness was seen in both self-comparisons and group averages.

For the third and last experiment concerning Daylight Savings Time, the researchers analyzed data on contributions made to Donors Choose, a group that solicits funds for K-12 classroom projects, from 2001 to 2016.

After removing outliers like huge donations and islands like Hawaii and Arizona, the team was left with over 3.4 million contributions.

Ben Simon reports that total contributions, which generally averaged approximately $82 per day before the time shift, plummeted to about $73 per day in the following workweek.

Behavioral economist David Dickinson, from Appalachian State University in Boone, North Carolina, argues that factors other than sleep deprivation may be responsible for this decrease in giving.

Using this so-called "triple methodological approach," the researchers could establish a solid link between the brain's alterations during sleep deprivation and the resulting behavior.

Chronic sleep loss has become an epidemic in today's society.

On the other hand, this issue can be solved immediately, unlike many other global challenges like climate change or political division.

What a difference it might make in our society if we prioritized helping people get the sleep they need.