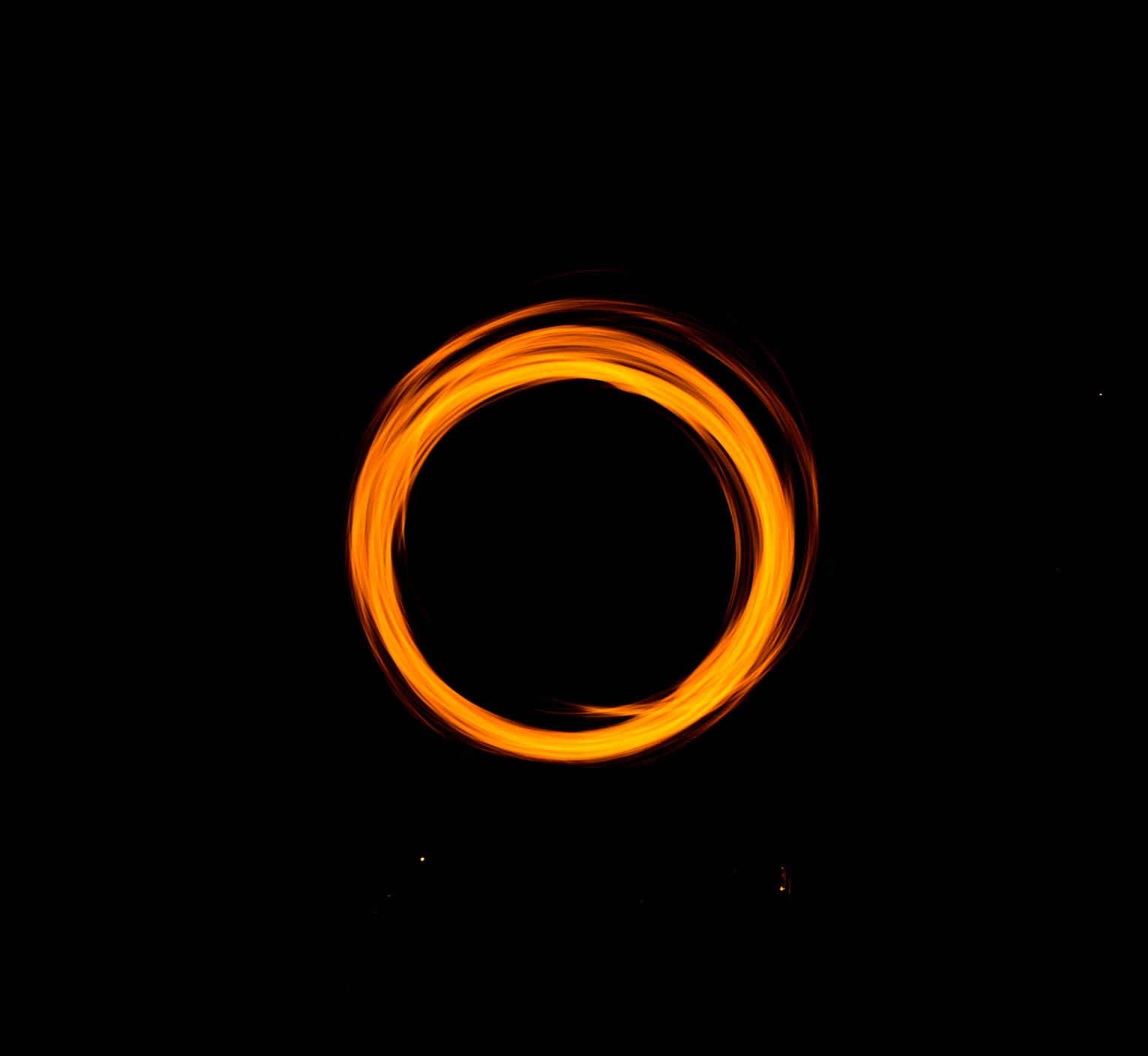 Spin Precession - If the orbit of a stationary gyroscope gets smaller, the spin precession frequency would show weird things in the strong gravity area, and then it would become arbitrarily high very close to the horizon of a rotating black hole.

In the laboratory, the predicted substantial gravity influence on spin precession can be observed by considering the gravity waves of a flowing fluid with vortex in a shallow basin that behaves as a revolving analogue black hole.

By threading the buoyant particles onto a thread and anchoring it to the bottom of the fluid container with a short length of small chain, a simple local test gyroscope can be built to monitor the spin precession frequency in the area of the gravity wave analogue black hole. The thread serves as the gyroscope's axis.

As a specific situation, by adjusting the orbital frequency of the test gyroscope, the strong gravity Lense-Thirring effect and geodetic/de-Sitter effect can be measured with this experimental setup. To measure the Lense-Thirring effect, for example, the length of the tiny chain can be set to zero, causing the gyroscope to become static.

With this setup, one may also detect geodetic precession by orbiting the test gyroscope in the so-called Keplerian frequency around the non-rotating analogue black hole, which can be built by making the rotation of the fluid/vortex minimal in comparison to its radial velocity.

Chandrachur Chakraborty of the Indian Institute of Science in India calculated the exact spin precession frequency and proposed a practical experimental setup for measuring it. The goal of this study was to see how gravity affects spin precession in the lab by making rotating black holes in the Kerr spacetime.

Surprisingly, the researcher was able to build a competent test gyroscope in a fairly easy manner, allowing to detect these various spin precession frequencies in the laboratory using a convenient experimental setup. It was also demonstrated that the spin precession frequency curves follow the same qualitative pattern as they do in the vicinity of a real Kerr black hole.

The advantage of the gravity wave analogue black hole is that it can be easily simulated in the laboratory. The key advantage is the ability to tune the velocity of gravity wave propagation separately and measure its amplitude directly with high precision by adjusting merely the background fluid's height.

The same cannot be said for the sound waves in the draining bathtub of spacetime. In our laboratory, we should be able to alter the orbital frequency of the test gyroscope in order to properly simulate the original spin precession effect of the strong gravity regime in our laboratory.

In the instance of the draining bathtub spacetime, defining and/or building a proper test gyroscope to detect the spin precession effect in the laboratory is extremely challenging. In contrast, we may build a simple test gyroscope out of buoyant particles and establish the correct axis to observe spin precession.

It should be noted that fluid acceleration can occur if the height h varies. This also causes the test gyroscope to automatically accelerate.

It is important to highlight that the entire formulation of this study is based on inviscid fluid. The Lorentz violation is caused by the fluid's non-zero viscosity, thus the equivalent black hole metric may not be extractable in a closed form in this situation.

Despite the viscosity issue, the first experimental discovery of the "superradiance" phenomenon was possible using water. However, no such studies in the laboratory have yet been undertaken to identify the strong gravitational effect of spin precession.

The consequences of spin precession could also be studied using alternative analogue models of black holes based on boson gas and/or neural networks.