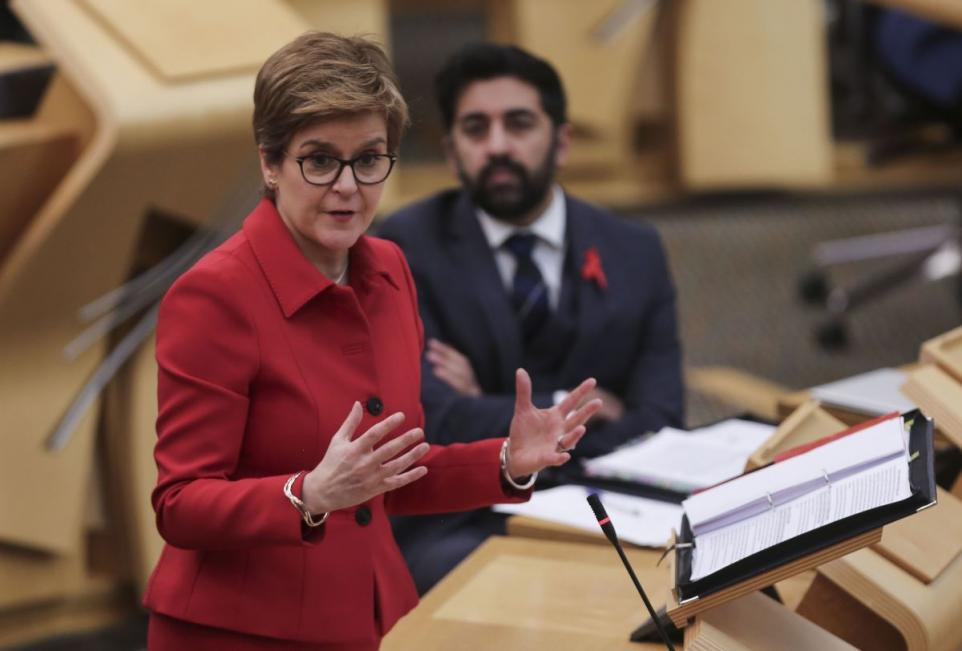 Nicola Sturgeon accuses UK ministers of exploiting transgender people as a "political weapon" and has cautioned the British government against obstructing gender laws enacted by the Scottish parliament.

The first minister of Scotland said that blocking the reforms would create a "very, very slippery slope" and encourage the British government to do the same in other sectors.

Nicola Sturgeon: The government is using trans people as a “political weapon”

Although No. 10 officials claimed the prime minister had not yet completely reviewed the legal advice, it is widely believed that British Prime Minister Rishi Sunak would oppose the gender recognition change bill citing provisions of the Scotland Act 1998.

On Monday, ministers will discuss the best strategy for implementing the new law, with a decision anticipated by that night.

Concerns have been raised about the decision's effect on devolution, and the discussion over trans rights, which raged for most of 2022 in the Scottish Parliament until the Bill was approved by MSPs in December, has been rekindled as a result.

By this coming Wednesday, Sunak will either approve or veto the bill that would allow transgender people to self-identify, making it easier for them to obtain official gender recognition certificates by, among other things, shortening the waiting period, eliminating the need for a medical diagnosis, and lowering the minimum age from 18 to 16.

The United Kingdom may reject the measure using section 35 of the statute, but Sunak also has the option of sending the bill to the Supreme Court.

No grounds to challenge this legislation” and that it did not affect the operation of the Equality Act.

Nicola Sturgeon Stance On The Bill

Although there have been significant protests from certain MSPs and some Scottish activists, the measure was approved by a wide cross-party majority of the Scottish parliament.

If there is a decision to challenge, in my view, it will be quite simply a political decision and I think it will be using trans people – already one of the most vulnerable, stigmatised groups in our society – as a political weapon. And I think that will be unconscionable and indefensible and really quite disgraceful.

A majority of Labour MSPs supported the bill, although two resigned to vote against it, and on Sunday, Labour leader Keir Starmer expressed worry about several aspects of the bill, particularly the lowering of the minimum age to 16.

Sturgeon claimed she wasn't the only one to ask whether Keir Starmer would stand for anything against the Tory onslaught.

Concerns have been voiced by senior cabinet individuals, including Equalities Minister Kemi Badenoch, concerning the measure and its potential effects on the Equalities Act of 2010. Last week, Sunak went to Scotland and, during dinner with Sturgeon, he said there were worries about the measure.

Obviously this is a very sensitive area and I know there were very robust debates and exchanges on it as the bill was passing in Scotland.

There may be impacts across the UK that we need to be aware of and understand the impact of them, and that’s what we’re doing, and once the government has received final advice it will set out next steps.

A majority of Labour MSPs supported the bill, although two resigned to vote against it, and on Sunday, Labour leader Keir Starmer expressed worry about several aspects of the bill, particularly the lowering of the minimum age to 16.

Ms. Sturgeon and other proponents of the law have characterized the ruling as an assault on devolution, while the UK Government has emphasized that Section 35 is a component of the statute that established the Scottish Parliament.