The Role Of Cannabis In The Victorian Age Medical Revival 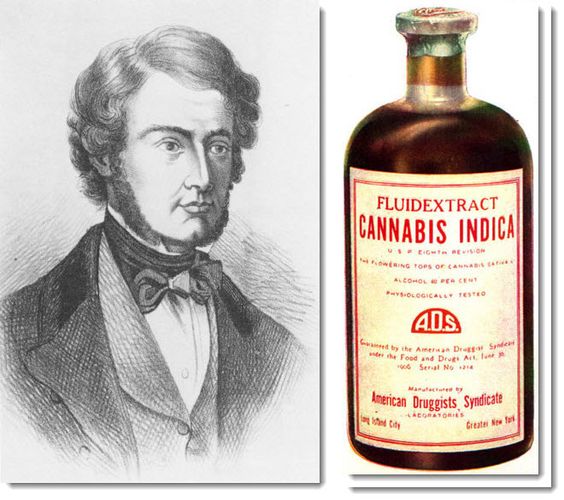 Hemp was a common ingredient in Asian and Indian folk treatments as a cure-all, used to treat fever, burns, and headaches, as well as as a paste/poultice for wounds. Hashish, another name for cannabis, made its way back to Europe as a medication thanks to an Irish doctor operating in India, kicking off the Victorian age medical revival of cannabis.

William Brooke O'Shaughnessy saw the native use of hashish while working for The East India Company in Bengal and began experimenting to see if it had therapeutic effects. He first fed it to dogs, then to humans. He discovered it to be an effective sedative and anticonvulsant, and he published multiple articles explaining his findings. Cannabis is credited to O'Shaughnessy for bringing it to Western medicine.

In 1842, he handed some hashish to British chemist Peter Squire, who made a tincture using high-proof alcohol. He patented the tincture as Squire's Extract, an analgesic (pain reliever) that was distributed throughout Europe and the Americas. Doctors were desperate for a painkiller to replace opium, and Squire's extract soon spread across England, prompting pharmacists to create their own formulations. Cannabis tinctures were developed by well-known corporations such as Eli Lilly, Parke-Davis, and Bayer, and were deemed safe and beneficial for illnesses such as nausea, delirium, epilepsy, migraine, and painful spasms.

Cannabis extracts made their way onto apothecary shelves and into doctors' bags in the late 1800s. Dr. Ethan Russo, Director of Research and Development at the International Cannabis and Cannabinoids Institute, says that historically, cannabis was used for therapeutic purposes primarily in the form of teas, extracts, and tinctures (grains of hemp/hashish resin dissolved in alcohol)—not in smoked form—and that the resin would have contained roughly equal parts THC and CBD at the time.

Extractum Cannabis (cannabis extract) was classified in the US Pharmacopeia from 1851 through 1941. The definition of cannabis, as well as its medicinal applications, grew with each iteration. For those unfamiliar with the period, the United States Pharmacopeia was originally published in 1920 with the goal of identifying and standardizing medications used in medical practice. The majority of its listings were botanical in character in its early editions, since many of our medications today had a past in plants and herbs. The Pharmacopeia is still used today as a documented physical reference for standards in medications, food ingredients, nutritional supplement products, and ingredients.

Doctors utilized these tinctures to treat anything from tonsillitis to tetanus to snake bites as they made their way across the Atlantic and into American pharmacies. In the prestigious medical magazine The Lancet, Dr. E. A. Birch formally approved it for treating opioid withdrawal. Tinctures could be obtained without a prescription, were affordable, and were regarded as a "cure-all." However, the strength of these medical formulations varied, and individual responses were unpredictable and irregular; the medicines' inconsistency was attributed to the restricted technology of the historical period, as well as the great variety of the plants.

Cannabis tinctures were quickly supplanted by the newest medicine to hit pharmacy shelves: aspirin, due to the unpredictability in strength. Aspirin promised to be the painkiller of the future since it was predictable and dependable. 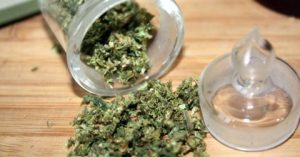 From A Cannabis Doctor To The Queen

In Victorian England, Sir John Russell Reynolds was a well-known doctor. He had an illustrious career, probably the pinnacle of which was working as Queen Victoria's physician. He wrote a paper titled "On the Therapeutic Uses and Toxic Effects of Cannabis indica" in 1890. He was aware of the unpredictability of the power of various tinctures and advised people to start with tiny dosages to get a sense of how strong they were. He is said to have prescribed cannabis tincture to Queen Victoria as a pain reliever for menstruation pains. While there is no concrete evidence that this occurred, it's not impossible that it happened. There was no stigma linked to taking cannabis for medicinal purposes at the time.

Cannabis has always been a part of the human race, even if it is only now becoming more popular. It was once used to treat a variety of ailments and promote overall health. It had its ups and downs in medieval times, as well as some who were opposed to its usage, but it has proven beyond a shadow of a doubt that when used properly, it may improve anyone's health.