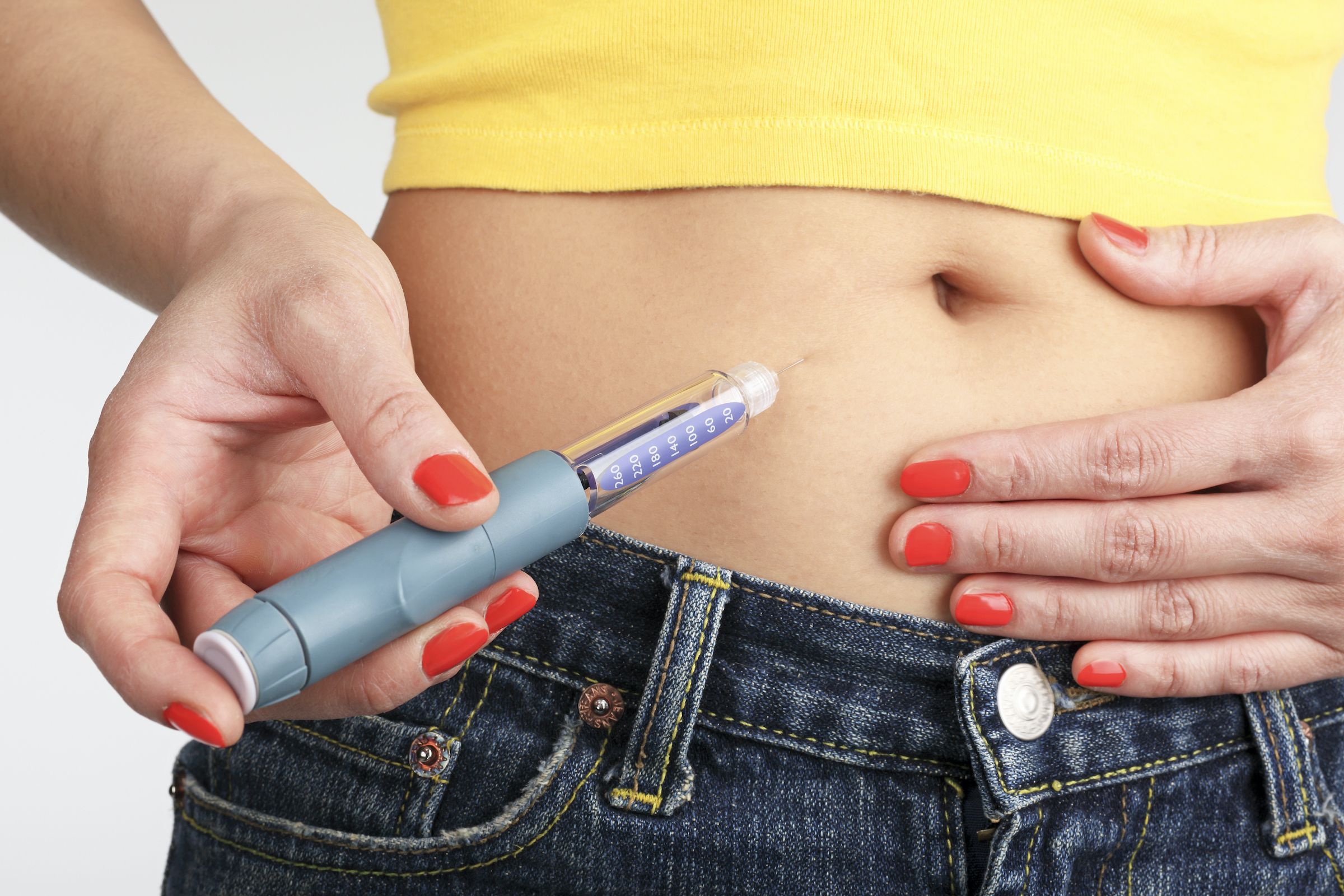 Type 1 diabetes (T1D) is a long-term condition caused by an autoimmune attack on pancreatic cells. Hyperglycemia and its associated serious complications are caused by an insufficient supply of insulin. Islet cell transplantation has been investigated as a possible treatment for type 1 diabetes, as it provides new cells for blood glucose control.

However, because each patient requires two or four donor pancreases to receive effective cells, this approach is limited due to a lack of donors. As a result, new sources for transplantable islet cells should be investigated.

Several studies have successfully reversed hyperglycemia in animal models by transplanting ESC-derived cells in the laboratory. ESCs, on the other hand, are controversial as research materials, and their risk of tumorigenesis in vivo after transplantation restricts their clinical use. 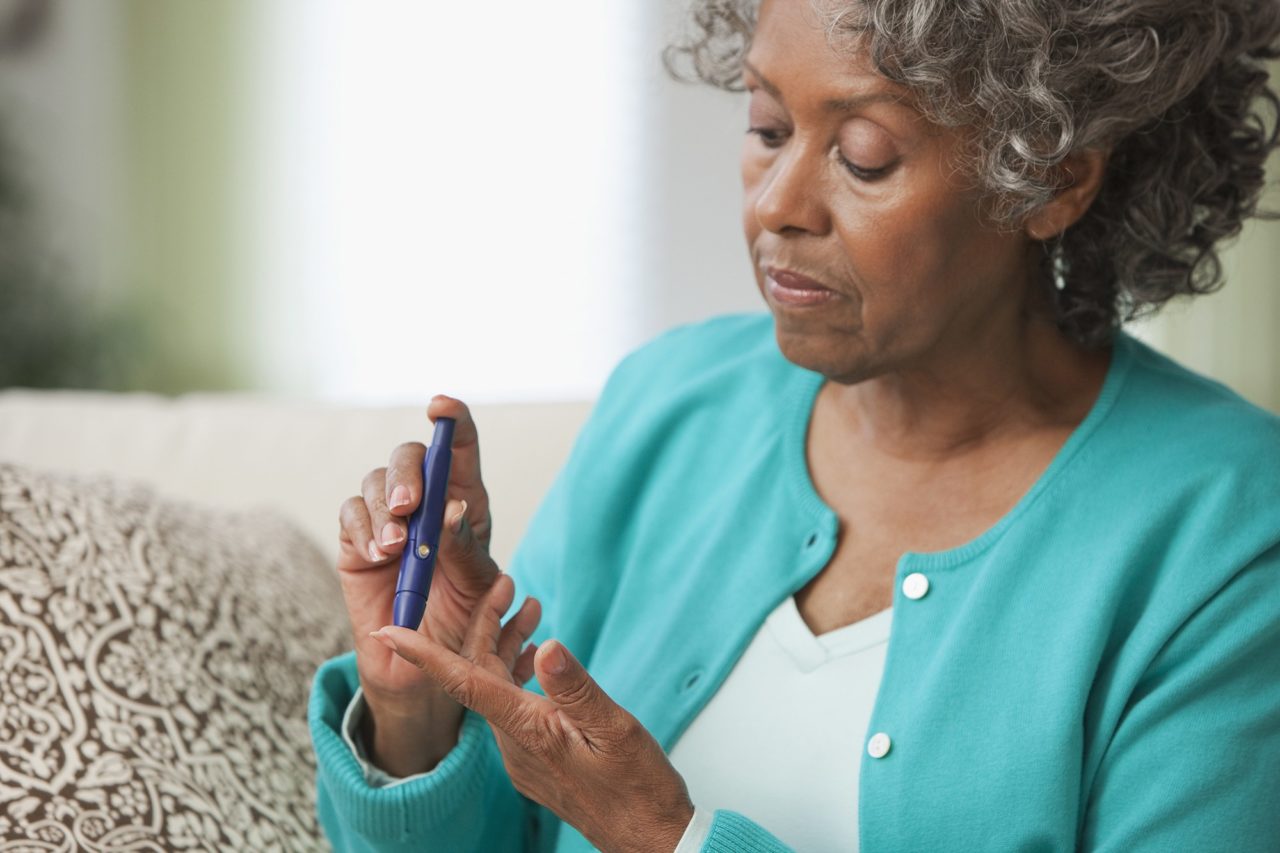 Friedenstein described MSCs as spindle-shaped and clonogenic cells in monolayer cultures when they were first isolated from bone marrow. In vitro and in vivo, they could transform into adipocytes, chondrocytes, and osteocytes. Further research revealed that multipotent stromal cells are the collective precursors of mesenchymal tissues, capable of differentiating into mesoderm, ectoderm, and endoderm cells. Caplan first defined these stromal cells, which existed in almost every type of connective tissue, as mesenchymal stem cells (MSC) because of their potential for differentiation and self-renewal. The ISCT Mesenchymal and Tissue Stem Cell Committee proposes a set of standards to define human MSC based on the best currently available data in order to provide specifications for pre-clinical and clinical studies.

MSC is defined by three standards:

When maintained under standard culture conditions, MSC should adhere to the plastic surface of tissue culture flasks. Second, MSC must express CD105, CD73, and CD90, with a positive expression rate of 95% or greater. MSC is a heterogeneous population that lacks CD45, CD34, CD14, CD11b, CD79, CD19, or HLA-DR expression (2%), and will not be confused by other cells such as hematopoietic cells, endothelial cells, macrophages, or β-cells. Third, MSC can differentiate into osteoblasts, adipocytes, and chondroblasts in vitro.

MSCs have been extensively studied in animal models and used to treat diabetes. Many animal studies revealed that transplanting MSCs into diabetic mice could lower blood glucose levels, increase weight, and extend their lifespan. Grafted stem cells have the ability to migrate into the injured pancreas and help it heal. Several chemokines and their receptors are linked to MSCs that have the ability to homing to injury sites. CXCR4, CX3CR1, CXCR6, CCR1, and CCR7 were found to be expressed by bone marrow-MSCs (BM-MSCs) in an in vitro study. CXCL12, CX3CL1, CXCL16, CCL19, and CCL3, all released by pancreatic cells, were combined using these receptors. The crosstalk mediated by these chemokines and receptors was thought to be a response to MSC migration into pancreas injury, and Sordi et al. proved this hypothesis. They confirmed that CXCR4-CXCL23 and CX3CR1-CX3CL1 mediated crosstalk between MSCs and pancreatic islets, and that systemically administering MSCs appeared to be the preferred method of MSCs homing to the injury site. 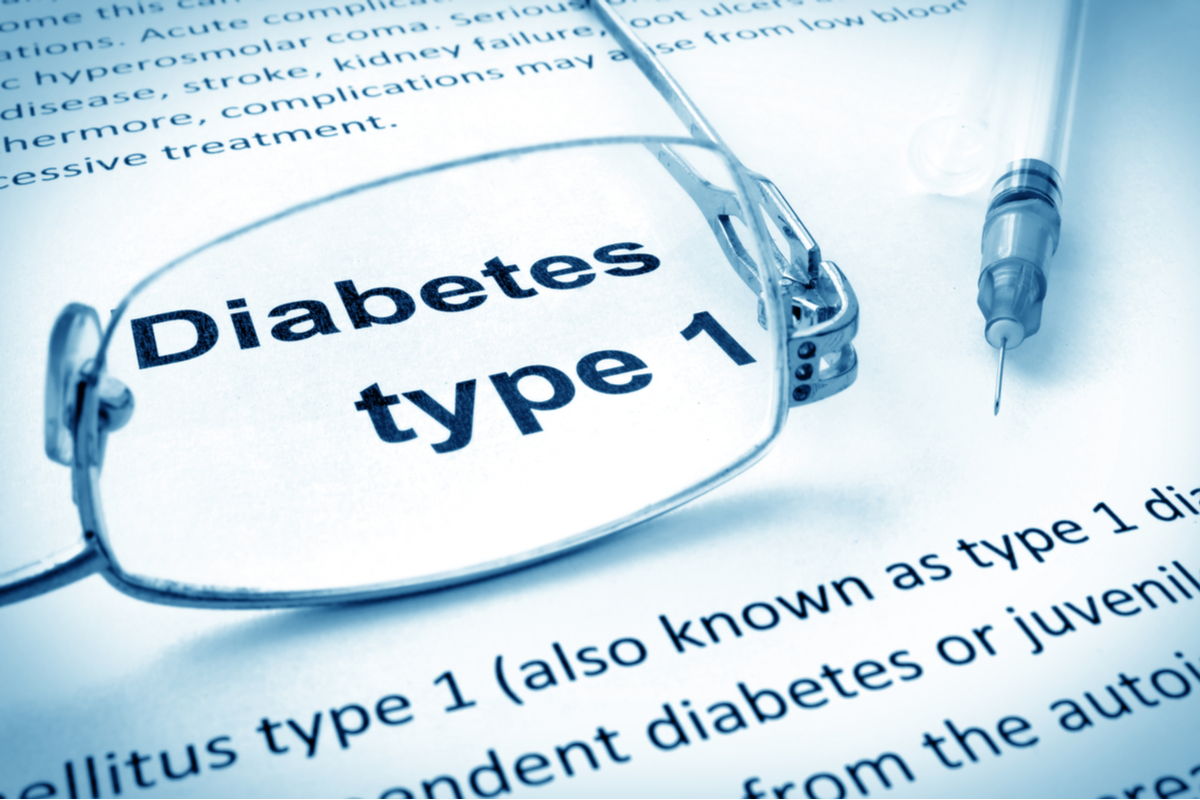 Generation Of Β Cells By Genetic Manipulation Of MSCs

Adenoviruses carrying three transcription factors (Ngn3, Pdx1, and MafA) have been shown to cause acinar cells to transform into β-cells in recent studies. That could be explained by this transition.

Other studies have shown that overexpression of endocrine transcription factors can enforce interconversion between endocrine cells, such as to or to fate switches. During the embryonic stage, overexpression of Arx in Pax6+ endocrine precursors reduced and, but increased and PP β cells in the adult pancreas.

When human embryonic stem cells (hESCs) were cultured in suspension, Schuldiner et al. first demonstrated that they could spontaneously differentiate into insulin-producing cells (IPCs). Adherent hESCs could also express insulin in culture, according to Assady et al. This spontaneous differentiation pattern, however, had a low efficiency. Despite the fact that some researchers used gene manipulation to improve islet β-cell transduction efficiency by overexpressing Pdx1 or Ngn3, these methods were limited for future cell therapy due to contamination of exogenous DNA. In vitro, embryonic stem cells were programmed to differentiate into pancreatic β-cells in a step-by-step fashion.

Cells in conditional culture are being developed to mimic embryonic development. The first step inducing SCs toward definitive endoderm, the second step toward pancreatic or endocrine progenitors, and the third step toward cells are the three key developmental stages for generating islet β-cells.

It has been looked into using various factor combinations to induce hESCs into IPCs. The goal was to increase the quantity and maturity of IPCs, despite the fact that different MSC sources had different induction protocols.

In Vitro Differentiation Of Human BM-MSCs Into IPCs

IPCs can be made from adult BM-MSCs using conditional culturing. Mixed factors of EGF, bFGF, exending-4, and activin A could induce islet-cells to express insulin at both the mRNA and protein levels in high glucose DMEM (25 mmol/L) containing β-mercaptoethanol to promote stem cell differentiation. The differentiated IPCs were able to secrete C-peptide and normalize blood glucose levels in STZ-induced hyperglycemia mice for at least 9 weeks after being differentiated in a 4-step procedure.

In Vitro Differentiation Of Human Umbilical Cord MSCs Into IPCs

MSCs from the human umbilical cord can differentiate into IPCs in a differentiated medium. Wu et al. used a one-step method to create islet-like cell clusters that were able to express high levels of the pancreatic-specific transcription factor PDX-1 and the pancreatic-specific marker C-peptide. Apart from common factors such as activin-A, exendin-4, and HGF, the differentiation medium contained a hormone called pentagastrin. BM-MSCs formed smaller islet-like cell clusters and had lower levels of pdx1 and C-peptide in the same differentiation medium. Insulin-producing cells could be obtained without the formation of islet-like cell clusters using a three-step induction of Wharton's jelly MSCs. In STZ-induced mice, retro-orbital transplantation of differentiated IPCs may help to reduce hyperglycemia. Human umbilical cord MSCs were able to differentiate into IPCs in vitro and have a therapeutic effect in vivo. 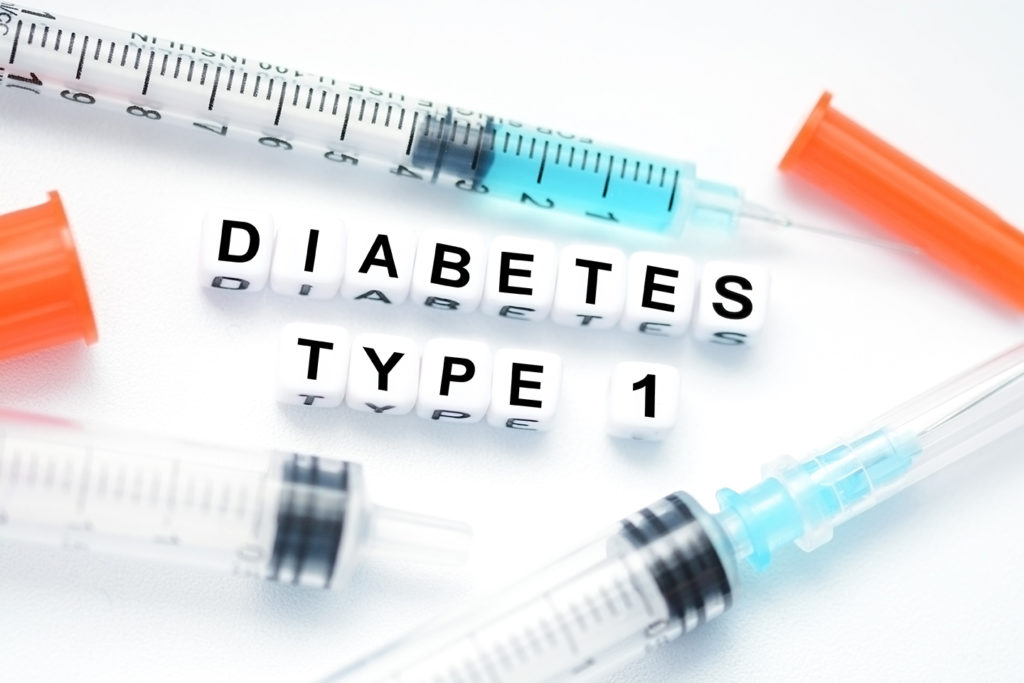 In Vitro Differentiation Of Human Adipose Tissue-Derived MSCs Into IPCs

Mesenchymal stem cells can be isolated from human endometrium and differentiate into a variety of cell types, including chondrogenic, adipogenic, ostepgenic, neurogenic, and cardiogenic cells, according to research. As a result, the ability of ESSCs to differentiate into IPCs was examined. Using cDNA microarrays, it was possible to obtain insulin-secreting cells from ESSCs cultured in DMEM-LG supplemented with bFGF, EGF, and platelet-derived growth factor-BB. Xenotransplanting differentiated ESSCs into diabetic mice could help them regain control of their blood insulin levels.

Could Stem Cells Be Used To Treat Type 1 Diabetes?

Researchers believe that it is possible to replace the damaged islet cells with new healthy cells, but this might also require a way to prevent your body's immune system from attacking and destroying these new cells. This would essentially be a possible cure for type 1 diabetes. This is where stem cells come in.

What Is The Latest Treatment For Type 1 Diabetes?

Type 1 diabetes is an autoimmune disease that causes loss of pancreatic beta cells, which produce endogenous insulin. To replace that, patients must take exogenous insulin by shots or pump and are at risk of dangerous low blood sugar events. There is no current oral treatment for this disease.

Many advances have been made in the study of using MSCs to treat diabetes in animal models. By improving β cell loss and islet structure, direct MSC transplantation into hyperglycemic mice could lower blood glucose and extend lifespan. However, the hypoglycaemic effect was limited, and blood glucose levels remained higher than normal. To find the best therapeutic effect on diabetes models, researchers should look at hypoglycemic effect and mouse survival time over a longer period of time. MSC administration dose and frequency must also be investigated. Furthermore, the mechanism of MSC transplantation promoting β cell regeneration needs to be confirmed, and this finding could point the way to a more effective MSC-based diabetes treatment.