Using An Electronic Nose To Detect And Prevent Wildfires 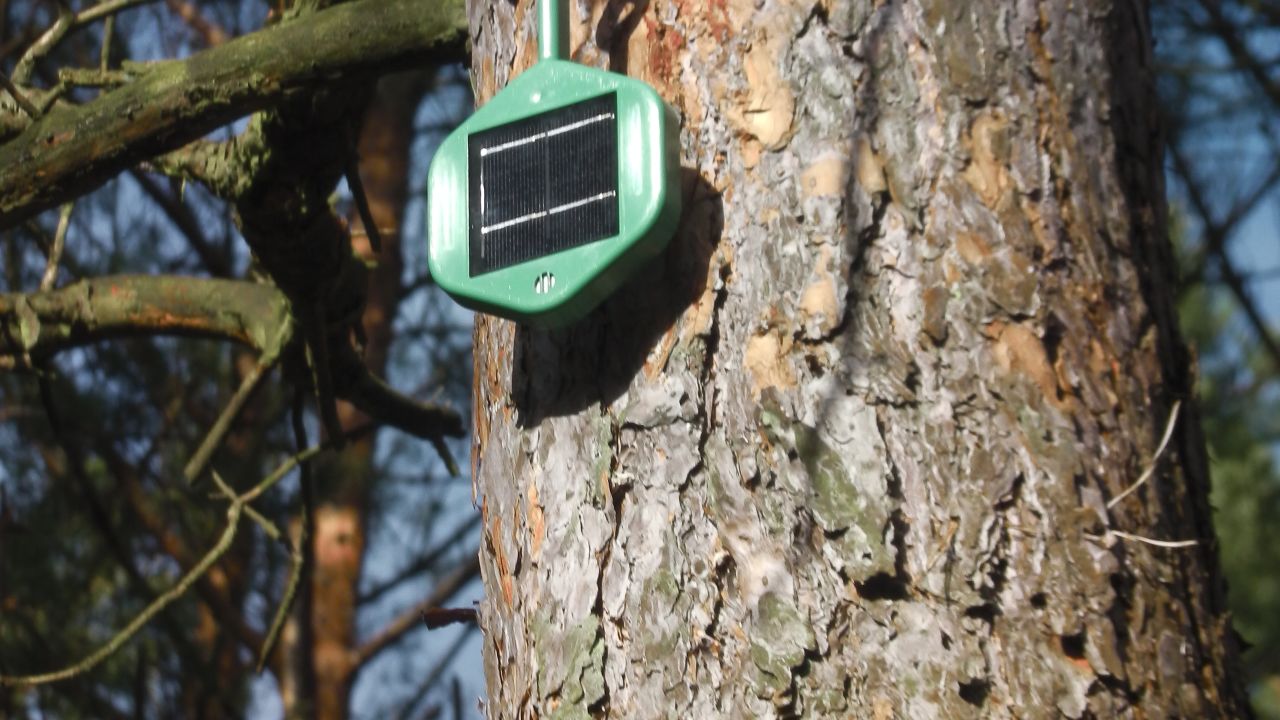 Wildfires in the summer of 2021 on the Italian island of Sardinia were a "catastrophe beyond precedent," destroying more than 28,000 hectares (69,000 acres) of land and forcing thousands of people to flee their homes.

Fires in the Montiferru district, on the island's western shore, were particularly devastating, destroying over half of the impacted territory in a single incident. German firm Dryad, named after the nymphs of Greek mythology who live in harmony with trees, is using an electronic nose to detect and prevent wildfires in a dozen forest locations across the globe, including Montiferru.

In 2021, wildfires released a record 1.76 billion metric tons of carbon into the sky, which is more than twice Germany's annual CO2 emissions on top of the billions of euros in damage they inflict.

There would be far-reaching advantages from stopping even a small percentage of wildfires from starting. Because of climate change, wildfires are becoming more destructive, and experts predict that the frequency of catastrophic fires may rise by as much as 14 percent by the year 2030.

In order to generate smoke that rises above the tree canopy and can be seen from a distance of, say, 10 to 20 miles, the underlying fire has to be substantially big — you might already have half a football pitch on fire underneath. Then, if you add the time for firefighters to arrive at the scene, it may have become too big to be extinguished at all.

High in a tree in a Chilean forest, a small white sensor is continuously monitoring the air, sending data back into a system that is detecting the start of a wildfire - so firefighters can respond more quickly to put it out.

As climate change continues to make wildfires larger and more destructive, this type of technology is likely to become more common. In California, another startup is developing an AI tool that can search detailed satellite data covering every acre of the state’s forest every 10 minutes, looking for signs of fire and sending alerts to firefighters.

The government also hires staff to work in fire lookout towers during the fire season, and some cameras have also been installed so that others can watch for fires remotely. But the sensors can help cover more area. When the system detects a problem, it sends the people working in lookout towers a text or radio alert to confirm the problem.

In Chile, as in several other parts of the world, wildfires are a growing problem. The country has suffered from a decade-long drought and record-setting heat waves. Non-native trees that were planted to be harvested for paper and wood, including eucalyptus and pine, are more flammable than native species.

Wildfires in the country have been getting more intense; in 2014, major fires destroyed thousands of homes, and in the fire year between 2016 and 2017, an area nearly twice the size of Rhode Island burned. Last year, as the country was rocked by political unrest, some fires were started by arsonists. The sensors, also called sniffers or digital noses, gather as much data as possible about the local air quality.

The system then analyzes the results using DataRobot’s AI platform, which uses machine learning on data from previous fires to be able to recognize an emergency—the system is trained to tell, for example, if smoke is likely coming from a campfire and not burning trees.

With a total of €13.9 million ($12.2 million) in funding, Dryad wants to minimize the time it takes to identify wildfires and capture them in the smoldering phase, before they burst into flames, often within the first 60 minutes. As such, the firm has developed a solar-powered sensor equipped with a gas detector.

It can detect hydrogen, carbon monoxide, and volatile organic chemicals; it can literally smell the fire. It's kind of like putting a digital nose on a tree.

When a fire is detected, the sensor's built-in antenna will broadcast a signal via a wireless network. After being broadcast by satellite and 4G, the signal is then relayed to more complicated equipment before being sent to the internet. In the end, the data is sent to forest officials.

We may also notify the local fire department by connecting with their IT infrastructure. Brinkschulte says that the alert that comes out of this has precise GPS coordinates that show where the sensor found the fire. Individually, the sensors may be purchased for €48 ($49).

Dryad, a company with a staff of about 30 people, sells the hardware and also provides a yearly subscription model that includes maintenance and support for 15% of the total hardware cost. Municipalities and privately owned woods are its key customers, along with utilities like power plants and railways.

The company has deployed 300 sensors across 12 test sites in countries like Germany, Greece, Spain, Portugal, Turkey, the USA, South Korea, and Italy's Montiferru. Brinkschulte claims that just a small number of sensors are needed for these trials since the fires are being sparked on purpose to demonstrate the system's efficacy in forest management.