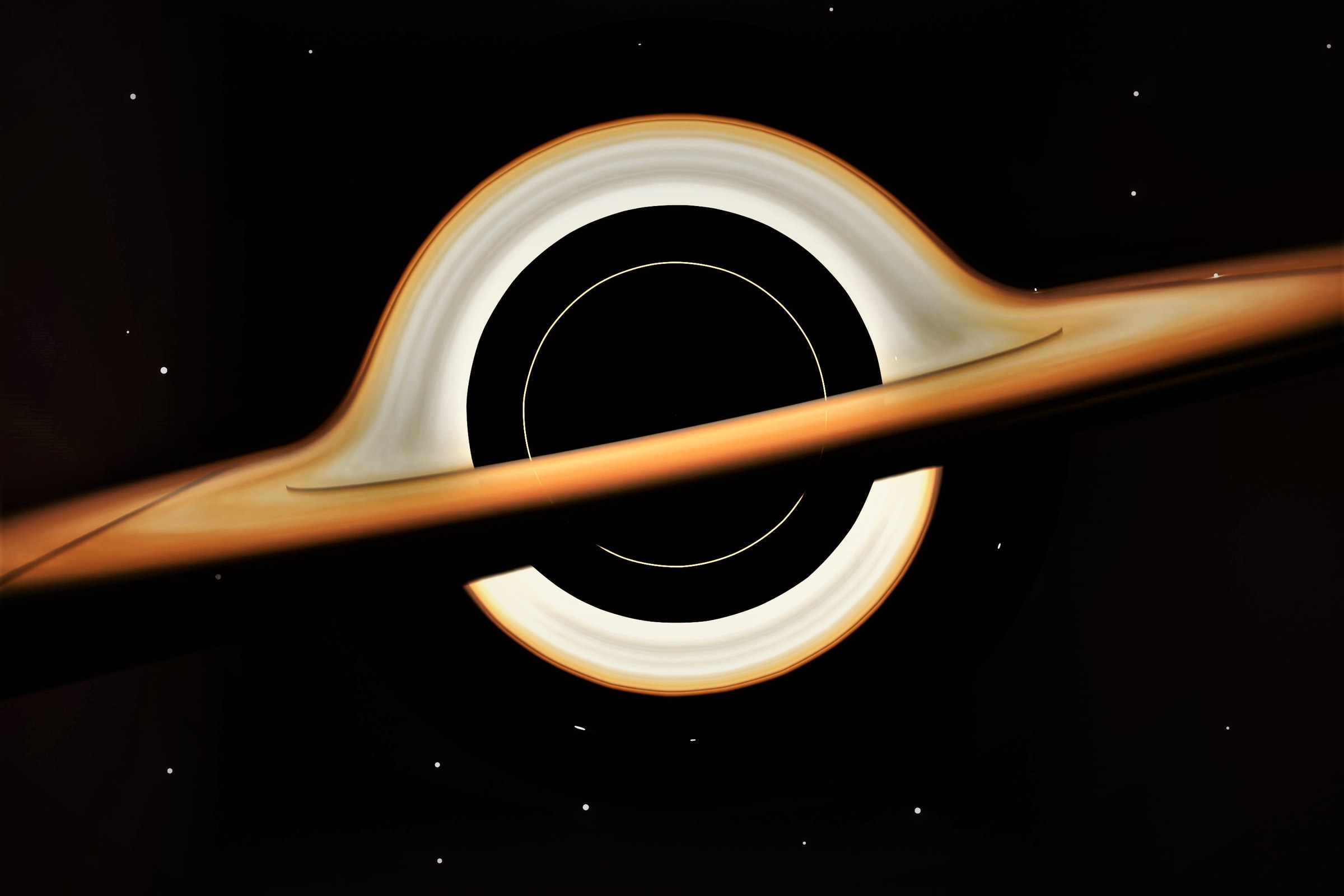 A black hole is a region of space with compelling gravity that can only be approached from the outside and from which information and light cannot escape.

A black hole is commonly referred to as a "Perfect Black Body" since it does not reflect light.

A black hole is characterized by mass but lacks angular momentum and electric charge.

On the other hand, a white hole is viewed as a theoretical part of spacetime and is sometimes referred to as the antithesis of a black hole since it ejects matter, unlike a black hole.

However, there is no practical evidence that the white hole exists since it is a theoretical notion that developed in the 1970s due to study and realization by Stephen Hawking and other notable scientists. 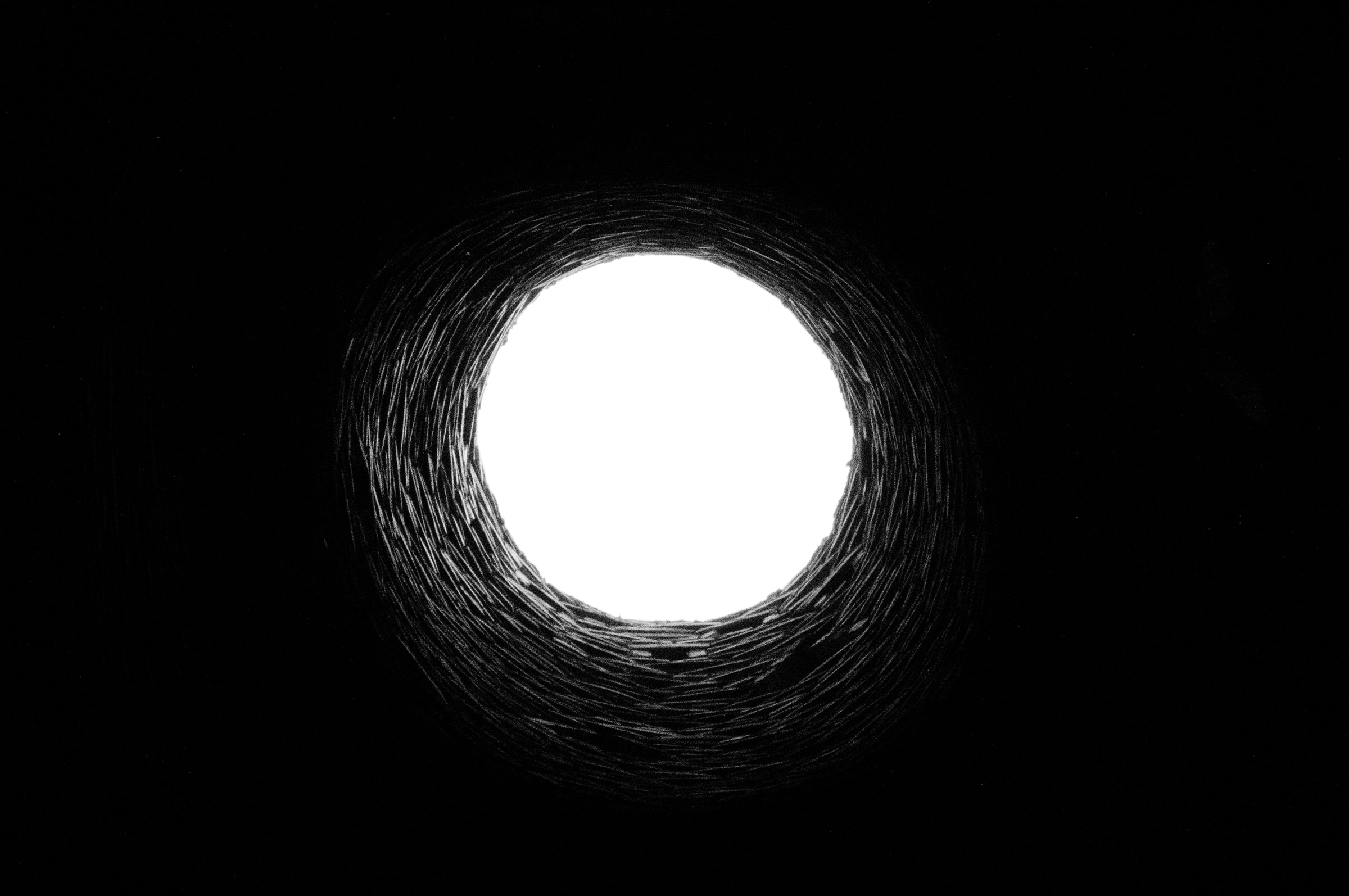 What Is A White Hole?

White holes are hypothetical cosmic areas that operate similarly to black holes but in the opposite direction.

Nothing can make its way into a white hole in that nothing can leave a black hole.

For a long time, scientists believed that white holes were nothing more than a fantasy of general relativity, generated from the same equations that gave birth to their collapsing star kin, black holes.

Since the white hole is only a conceptualization at this point, there is no evidence to support either the existence or nonexistence of the phenomenon.

What Are White Holes? When Interesting Math Gets a Cool Name

What Is A Black Hole?

A supernova and a black hole are when a massive star collapses or falls in on itself.

Large volumes of substance are compressed into a small region, causing intense gravity.

Scientists know black holes exist because of the impact of a black hole's strong gravity on items in its vicinity.

Because stars and gas surrounding black holes behave differently from those that aren't, scientists can analyze them to see whether they are circling a black hole.

In addition to seeing the impact of black holes on stars and gases surrounding them, scientists were able to verify the existence of black holes by photographing their silhouettes using the Event Horizon Telescope.

So, a black hole is a location in space where gravity is so strong that even light cannot escape.

Because stuff has been compressed into a small space, gravity is very powerful.

This may occur when a star dies. People cannot perceive black holes because no light can escape.

Therefore, they are invisible.

The most well-known mechanism for a black hole to develop is via star death.

Most stars will expand, lose mass, and cool to becoming white dwarfs as they near the end of their lifetimes.

However, the most massive of these flaming things, those at least 10 to 20 times the mass of our sun, are doomed to become either super-dense neutron stars or stellar-mass black holes.

NGC 6166 is a 30-billion-solar-mass beast. It's an elliptical galaxy with an active core. It's in Hercules' Abell cluster, 490 million light-years distant. NGC 6166 is an X-ray source. This galaxy's supermassive black hole fuels two symmetric radio jets. Gas in its middle causes this. Many O-type stars may be towards the galaxy's core. NGC 6166 has a blueshift, meaning it's traveling towards us.

This is the best. S5 0014+81 weighs 40 billion suns. Blazar. Blazars are quasars with the maximum energy. One of the brightest quasars, it emits 1041 watts.

If the quasar were 280 light-years from Earth, it would put forth as much energy per square meter as the Sun does here. The quasar's intensity is 3 1014 (300 trillion) times the Sun, or nearly 25,000 times as luminous as all 100 to 400 billion Milky Way stars combined, making it one of the most powerful objects in the visible universe. 12.1 billion light-years away, it can only be explored by spectroscopy. The quasar's black hole devours 4,000 solar masses every year.

TON 618 is the most significant black hole. TON 618 is a hyperluminous, broad-absorption line, radio-loud quasar in Canes Venatici. It includes a 66 billion solar mass black hole, the largest known. This mass of black hole has a Schwarzschild radius of 1,300 AU (approximately 390 billion km, 40 times Neptune's orbit). It radiates as brightly as 140 trillion Suns, making it one of the brightest things in the Universe.

The supermassive black hole at the center of our galaxy It is located in the constellation Sagittarius. This black hole has thaass of about 4 million suns.

This galaxy, located in the constellation Centaurus, is a massive spiral galaxy with a very active core. It has a 55 million solar-mass black hole at its center and two jets of material that travel through a million light-years of space at nearly half the speed of light.

Space-time flow is the main distinction between white holes and black holes.

Because white holes do not let anything pass beyond their event horizon, if a white hole and a black hole encounter, the black hole will devour the white hole.

However, since white holes are essentially theoretical and there are some questions about whether they may exist, making predictions is difficult.

The likelihood of a black hole transforming into a white hole after interacting with a white hole is uncertain.

There is still much to learn about how white holes function about black holes.

What Creates A White Hole?

Astrophysicists generate white holes by analyzing the environment of black holes while pretending there is no mass inside the event horizon.

Can A White Hole Destroy A Black Hole?

The destruction of black holes is one of the impossible challenges.

We cannot do it and cannot come up with a solution.

Because white holes are black holes in reverse time, there is no method to generate a white hole and no way to destroy a black hole.

What Is The Difference Between Black Hole And White Hole?

The primary distinction between a black hole and a white hole is that a black hole is a region of spacetime that possesses the highest gravity and from which no field or electromagnetic radiation, such as light, can escape.

On the other hand, a white hole is a theoretical phenomenon of spacetime that permits the escape of light, energy-matter, and other forms of electromagnetic radiation.

Is A Black Hole Stronger Than A White Hole?

Despite its differences, a white hole is equally as devastating as a black hole, if not more so.

The stuff ejected by the white hole travels at the speed of light.

So it's reasonable to assume that the white hole is the more experienced warrior in this circumstance than the new black hole.

Scientists believe that over millions of years, black holes will become white.

And all of the energy and substance it absorbed throughout the years will be released into space.

However, if it becomes a white hole, it may not endure long. Therefore it will need to move swiftly if it wants to battle a black hole.