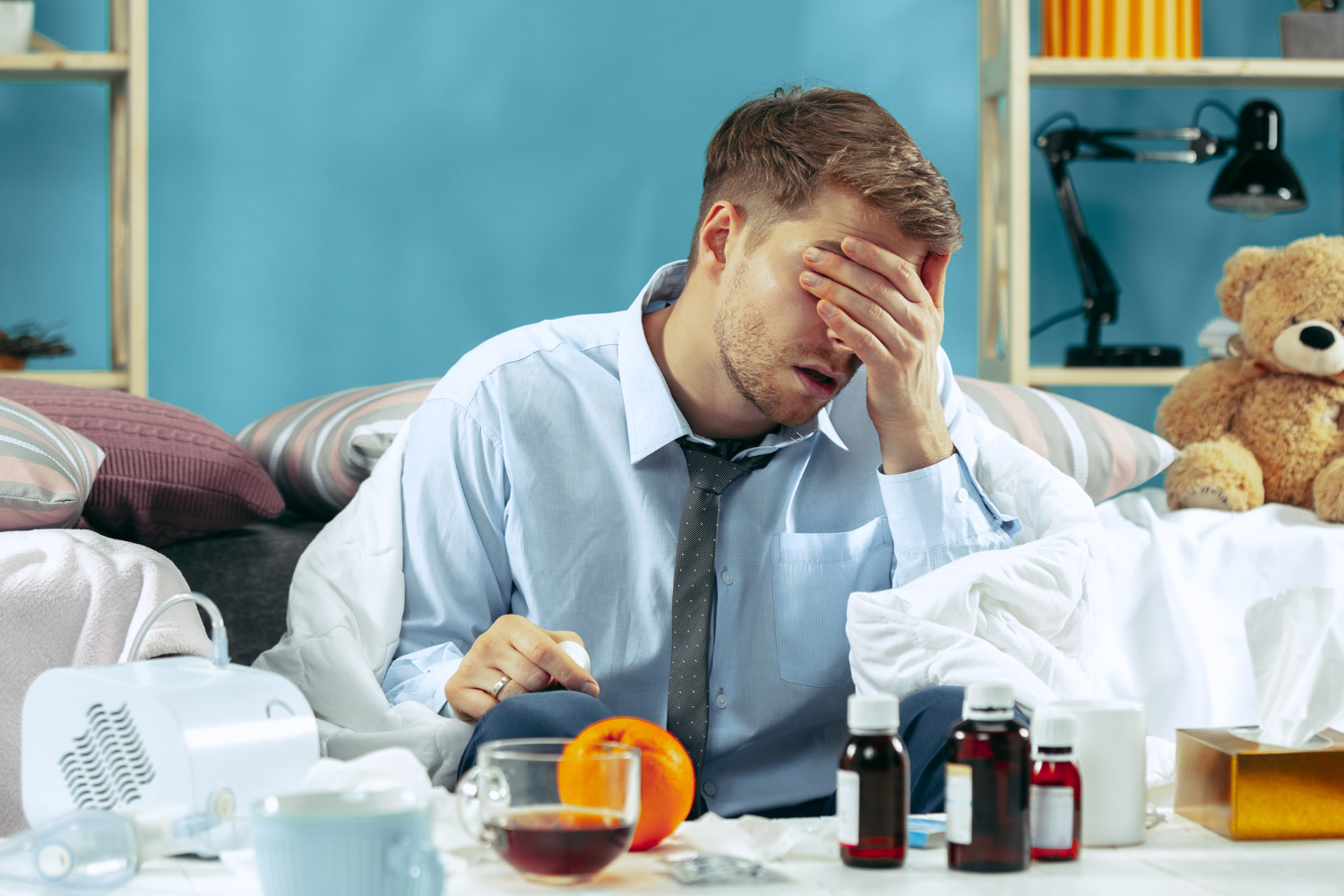 The medical world is praising the discovery by scientists as a milestone since it explains why people get more colds and flu in winter. According to research published on Tuesday in the Journal of Allergy and Clinical Immunology, the nose's immune response is particularly vulnerable to cold and flu seasons because it is the initial point of contact with invading respiratory viruses.

According to the study's findings, a drop of merely 9 degrees Fahrenheit in nasal temperature destroys over half of the trillions of cells that protect the nose against viruses and bacteria.

Cold air is associated with increased viral infection because you’ve essentially lost half of your immunity just by that small drop in temperature.

Bleier, together with his group and collaborator Mansoor Amiji, head of the department of pharmaceutical sciences at Northeastern University in Boston, set out on a scientific scavenger hunt to determine the cause of this phenomenon. A mother's hand holding a thermometer as she checks her ill child's temperature in her bed at home. A mother taking her daughter's temperature in the bedroom to diagnose her illness.

The nasal cavity is the primary entrance site for many infectious respiratory diseases. The researchers found that the front of the nose can identify a germ almost instantly, long before the rear of the nose notices the invader. After that happens, billions of what are termed extracellular vesicles (EVs) are quickly produced by the cells lining the nasal passages.

EV’s can’t divide like cells can, but they are like little mini versions of cells specifically designed to go and kill these viruses,” Bleier said. “EV’s act as decoys, so now when you inhale a virus, the virus sticks to these decoys instead of sticking to the cells.

The cells then release the "Mini Me's" into the nasal mucus (yep, snot), where they halt the spread of invading pathogens before those germs can reach their final destinations and proliferate.

This is one of, if not the only part of the immune system that leaves your body to go fight the bacteria and viruses before they actually get into your body. Once created and dispersed out into nasal secretions, the billions of EV’s then start to swarm the marauding germs.

It’s like if you kick a hornet’s nest, what happens? You might see a few hornets flying around, but when you kick it, all of them all fly out of the nest to attack before that animal can get into the nest itself. That’s the way the body mops up these inhaled viruses so they can never get into the cell in the first place.

Micro RNA is a viral killer found in human cells that aims to destroy foreign bacteria and viruses. Even Nevertheless, compared to regular cells, EVs in the nose had 13 times as many micro RNA sequences.

Thus, the nose enters the fray with a set of unique abilities. However, as the temperature drops, those benefits disappear, right? Bleier and his colleagues examined conditions within the nasal cavities of four research participants after exposing them to 40 °F (4.4 °C) heat for 15 minutes.

What we found is that when you’re exposed to cold air, the temperature in your nose can drop by as much as 9 degrees Fahrenheit. And that’s enough to essentially knock out all three of those immune advantages that the nose has.

Indeed, Bleier claimed, even a slight chill at the nose's tip was enough to knock nearly 42% of the extracellular vesicles out of the match. So how does that affect your resistance to things like the common cold, the flu, and Covid-19? According to Bleier, it halves your body's resistance to respiratory infections.

Similarly, you have almost half the amount of those killer micro RNA’s inside each vesicle, and you can have up to a 70% drop in the number of receptors on each vesicle, making them much less sticky.

To capitalize on this scientific finding, Bleier anticipates the creation of topical nasal medications in the near future. These innovative medicines are designed to trick the nose into thinking it has encountered a virus.

The authors of this new study may have discovered the biological reason why people get more colds and flu in winter., which is being hailed as a major milestone in the field. It turns out that the nose's immunological reaction to cold air is itself damaged by the cold air.