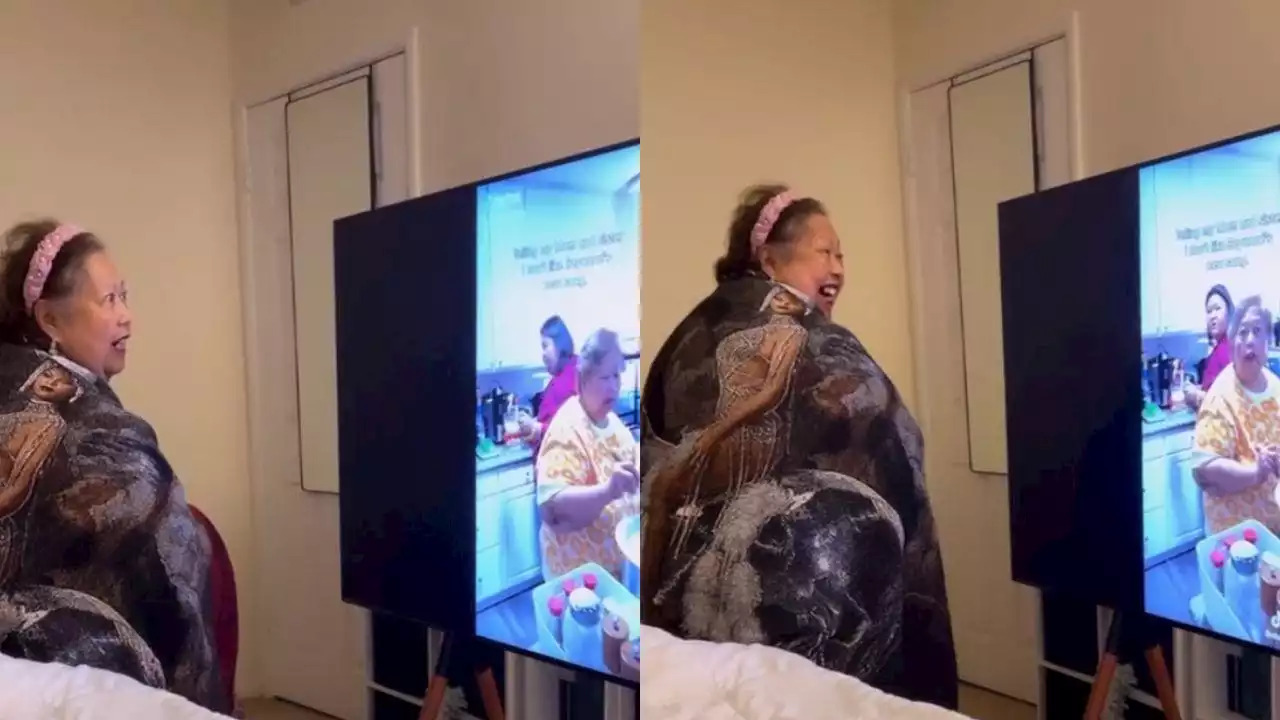 Mama Lulu, everyone's favorite Filipino mom who always makes us laugh on TikTok, might have just gotten her most famous moment! Beyoncé features Mama Lulu in her music video. She wasn't just in Beyonce's "Break My Soul" music video for Hive Certified, she was also the beginning of the video.

Mama Lulu is always in her son Olly's TikTok as @otakoyakisoba, which is her username. Olly joked in the viral clip that was part of Beyonce's video that he didn't like her new single.

A very surprised mom "Get out of here before I break your soul," she told him. Olly talked about how her mother felt when she saw herself in the video of her idol.

Mama Lulu's family is always up for making fun of her to get her to show more of the charming grumpiness that has won her millions of TikTok fans. But her response to her son's joke about a Beyoncé song may have won over the pop star.

In a video posted to TikTok on Monday by everyone's "favorite family of eedjiots," Mama Lulu, who is part of the Beyhive, an enthusiastic group of Beyoncé fans, finds out she is in the new music video for "Break My Soul" by Queen Bey.

The 41-year-old singer put out the "Hive Certified" video, which is basically a collection of clips of fans dancing to the "Renaissance" single, to celebrate the song being certified platinum by the Recording Industry Association of America.

In the clip, Mama Lulu can be seen sitting on the edge of a bed, ready to watch what's about to come on the TV in front of her. She is wrapped in a blanket with a full-body picture of Beyoncé on it.

"Beyonce posted a new video, and I have a surprise for you because I think you might like it," Her son and frequent co-star on TikTok, Olly, can be heard telling his mom while he is filming and out of sight of the camera.

After the viewer discretion warning, the music video starts with a clip that Mama Lulu's family posted to their TikTok on June 22. This was two days after "Break My Soul" was first released, and as of this writing, it has over 5.7 million views.

In the viral video, Olly tells his mother, who seems to be cooking in the kitchen, that he doesn't like Beyonce's new song. After a moment of shock, Mama Lulu says, "Get out of here before I break your soul."

Mama Lulu is shocked and happy when she sees her old TikTok video introducing Beyoncé's new video. She can't help but laugh with joy and then do a happy dance.

The video then cuts to a shot of the popular Filipino mom wiping her eyes and talking into a water bottle. “I would like to thank Beyoncé, her mother Tina for having her, and my family,” the matriarch says.

Mama Lulu then turns a little so that the Beyoncé blanket around her shoulders can be seen better and says, “Focus the blanket, Oliver.”

At the time this was written, over 1.4 million people had watched the video of Mama Lulu's reaction to the surprise reveal. Mama Lulu, who lives in California, is known on Gen Z's favorite app for her funny antics and good family content.

Her recurring TikTok skit "Name that Celebrity" with Olly, whom she calls an "eedjiot," made her famous. On TikTok, they have more than 773 million likes and nearly 16 million followers. Below, you can watch the new Beyoncé video with Mama Lulu.

Mama Lulu, who is the most popular Filipina mother on TikTok, screamed and danced in front of the TV when she saw herself in Beyoncé's video for her hit song "Break My Soul."

Mama Lulu's viral video of her telling her son Olly to "get out of here before I break your soul" after he made a joke about not liking Beyonce's song was used at the beginning of the Break My Soul (Hive Certified) video that came out today, December 6.