Cardiovascular Disease - The Effects And Benefits Of Exercise 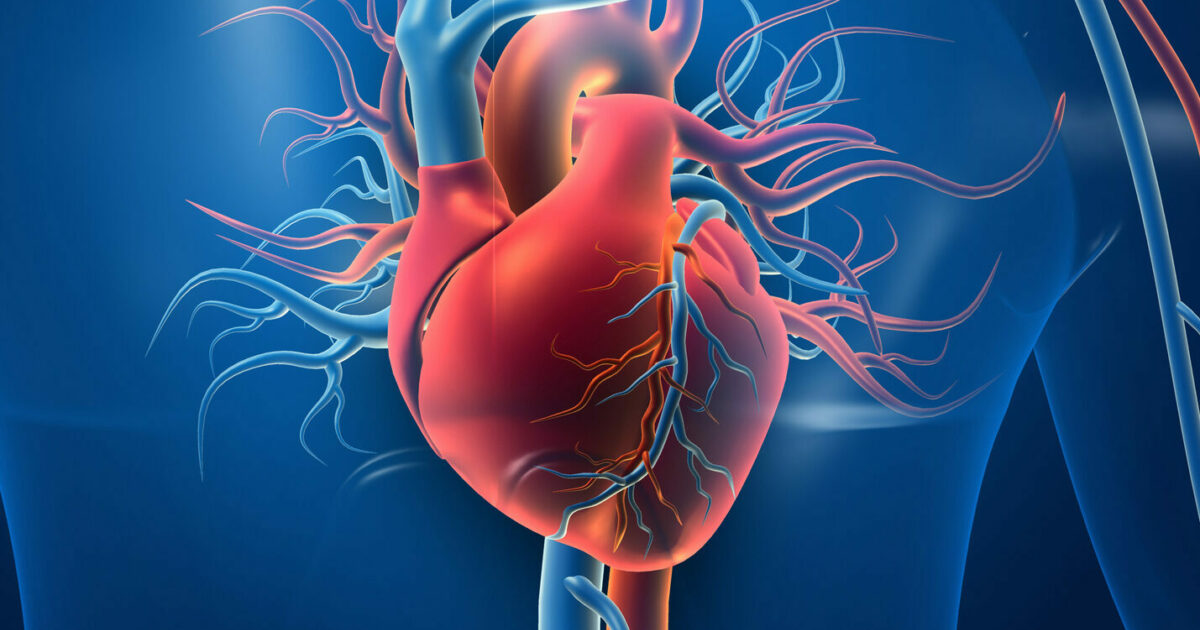 We now know that a sedentary lifestyle, which is marked by low levels of physical activity that don't change, is one of the main risk factors for cardiovascular disease (CVD) that leads to poor health.

On the other hand, regular exercise and physical activity are linked to a wide range of health benefits and a much lower risk of CVD.

Several long-term studies have shown that being more active is linked to a lower death rate from all causes and may slightly increase life expectancy. This effect is closely linked to a lower chance of getting heart and lung diseases.

Death rates for both men and women have been shown to be inversely related to cardiorespiratory fitness, even when other factors like smoking, high blood pressure, and high cholesterol are also present.

Also, both men and women who exercise more may be able to partially reverse the increased risk of death from all causes and CVD that comes with having a high BMI.

Recent research from cardiovascular cohorts demonstrates that continuous physical exercise is related to a more favorable inflammatory marker profile, lowers the incidence of heart failure, and increases survival in people with coronary artery disease after 30 years of follow-up.

Given that plasma lipids are significant CVD risk factors, several studies have explored whether regular physical exercise might cut CVD risk by modifying circulating lipoproteins. According to these studies, endurance exercise raises HDL and lowers triglycerides. Both of these things lower the risk of coronary heart disease.

The effects of physical activity on plasma lipids are diverse and vary in type, intensity, duration, and nutrition. Early research on exercise's impact on LDL levels did not evaluate dose-dependence.

Increasing activity levels throughout time increased HDL levels from baseline (pre-exercise routine). Recent research shows that several drug treatments that raise HDL levels in the blood do not reduce the risk of CVD.

The size of HDL particles is a major factor in how ABCA1 exports cholesterol, which suggests that it may be a risk factor for CVD.

A recent study investigating the dose-dependent effects of exercise on cholesterol efflux in 2 randomized trials consisting of six distinct exercise doses reported a significant increase in HDL cholesterol and efflux capacity with exercise, though only in the high amount/high intensity intervention groups.

Even though exercise alters the plasma lipid profile and increases HDL concentration and particle size, moderate exercise may have limited effects on HDL functionality, and the contribution of changes in plasma lipoprotein concentration, structure, and function to overall CVD risk reduction by exercise is unclear.

Due to an increase in the activity of cholesteryl ester transfer protein (CETP) and the transfer of HDL cholesteryl esters to triglyceride-rich lipoproteins, insulin resistance causes HDL to drop. This prevents cholesterol from leaving the artery walls and speeds up the formation of atherosclerotic plaque.

With compensatory hyperinsulinemia, selective inhibition of the PI3K-Akt-eNOS pathway leads to unmasking and stimulation of the MAPK-mediated production of endothelin-1 (ET-1) and vascular smooth muscle proliferation. This may contribute to the development of atherosclerotic plaques and peripheral artery disease.

High blood glucose levels also encourage the production of advanced glycation end products (AGEs), which are proteins and lipids that have been non-enzymatically glycated and oxidized. This leads to cross-linking of collagen and elastin fibers and loss of vascular flexibility, which is another way of saying that the arteries get stiffer.

Animal studies show that exercise may make adipose tissue, skeletal muscle, and endothelium more sensitive to insulin. This makes systemic insulin resistance, which is a part of type 2 diabetes, worse.

Inconsistent results across species and exercise protocols have hampered our understanding of the exact cellular and molecular mechanisms involved in the enhancement of insulin signaling following exercise.

But it looks like exercise conditioning is linked to adaptive changes in the expression or regulation of one or more parts of the insulin receptor/insulin receptor substrate (IRS)/PI3K/Akt signaling cascade.

Further study is needed to understand how various exercise regimes might generate tissue-specific changes in insulin signaling and how these pathways may be targeted to cure insulin-resistance and diabetes-related cardiovascular problems.

The results show that rats with high blood pressure caused by chronic NOS suppression who swam for 6 weeks had much more eNOS protein expression and better vasodilation caused by acetylcholine.

After exercise training, the endothelium-dependent vasodilation seems to get better, which may lower blood pressure and vascular resistance at rest.

In addition to NO-mediated reductions in resistance vascular tone, exercise may also lower blood pressure through adaptive reductions in sympathetic nerve activity, prevention or reversal of arterial stiffening, and suppression of inflammation, though the effects may be different for different groups (e.g., at-risk adults vs. healthy adults).

As with changes in the blood lipid profile, it's uncertain if exercise's blood pressure-lowering benefits can explain its positive effects on CVD risk and death.

During exercise, the heart experiences occasional pressure, volume, or both overloads. To regulate stress and fulfill the systemic demand for more blood, the heart adapts to repeated exercise by expanding its mass, mostly through ventricular chamber wall thickening.

This heart enlargement is caused by larger terminally differentiated cardiac myocytes. Adaptive remodeling of the heart during exercise preserves or improves contractile performance.

This is different from pathologic remodeling caused by chronic pressure overload, like high blood pressure or aortic stenosis, which can lead to heart failure.

Recent research reveals that myocardial glycolytic activity variations during acute exercise and recovery might regulate metabolic gene expression and heart remodeling. Studies have shown that IGF-1 and insulin receptors play the most important role in signaling through the PI3K/Akt1 pathway, which leads to protein synthesis and muscle growth.

Exercise-induced cardiac hypertrophy needs Cited4 to be turned on, and cardiac-specific overexpression of the gene makes the heart bigger and protects it from damage caused by ischemia and reperfusion.

Some signaling pathways that are used during exercise-induced growth programs may work directly against proteins like NFATc2 that promote pathological remodeling.

Blood oxygen carrying capacity, determined by circulating erythrocytes and intracellular hemoglobin concentration, affects exercise performance and fatigue resistance. Athletes with a lot of endurance often have "athlete's anemia" because they lose erythrocytes or have a low hematocrit because their plasma volume has grown.

One study indicated that circulating CD34+ hematopoietic progenitor cell counts were 3 to 4-fold greater in runners compared to non-runners at baseline, which may improve tissue repair. 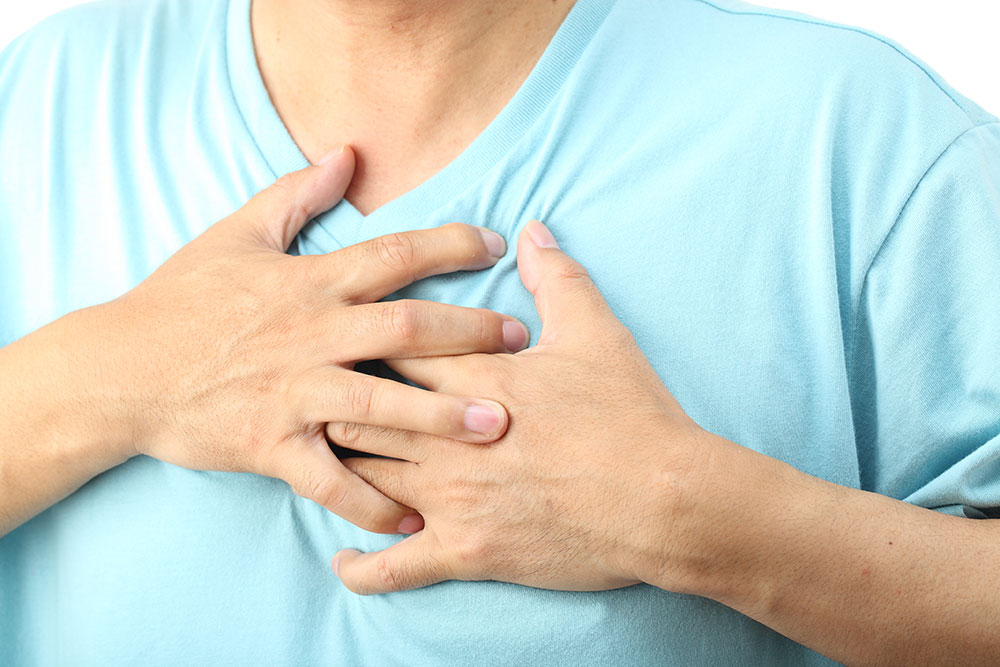 A man wearing a sky blue t-shirt holding his chest

Within hours after resistance training, women had a substantial rise in circulating EPCs, VEGF, HIF-1α, and EPO.

Since the effects of exercise on angiogenesis and wound healing have not been studied in depth, no one knows what these reactions mean for the body.

Can Cardiovascular Disease Be Cured?

Even though coronary heart disease cannot be cured, medication may help control the symptoms and lower the risk of complications like heart attacks. Alterations to the patient's lifestyle, such as beginning an exercise routine and giving up smoking, may be part of the treatment.

How Long Can You Live With Cardiovascular Disease?

What Are The Top Three Types Of Cardiovascular Disease?

What Are The Top Ten Cardiovascular Diseases?

Despite overwhelming evidence of exercise's health advantages, most Americans are inactive. Regular exercise, even short bursts, lowers the risk of dying, and 50–60 minutes of vigorous activity every day is best.

A recent study found that those who ran at least 25 marathons over 25 years had greater levels of coronary artery calcification (CAC) and calcified coronary plaque volume than inactive people.

Other studies show that exercisers have more stable plaques due to calcification. This shows that even though they have more plaques and normal CAC scores, higher levels of physical activity may improve plaque quality to lower the risk of cardiovascular events.

As with other exercise effects, the dose-response curve is unclear, and it is unclear at what intensity and duration the benefits of exercise begin to decrease and become harmful. We don't know how age, gender, race, and the risk of cardiovascular disease at the start affect this benefit-to-harm threshold.