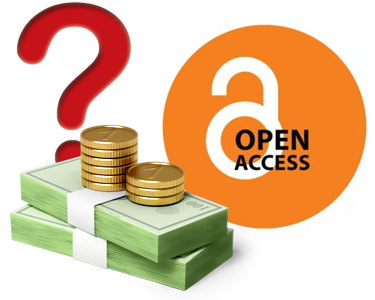 Is it profitable to invest in publishing a journal paper as open access? This is a question that many researchers have to deal with since paying article processing charges (APC) is the responsibility of authors in most cases.

As a result of the problems caused by rising print publication prices around the turn of the 21st century, and as a result of the opportunities that technological improvements afforded for digital publishing on the Internet, an open access movement was born.

Because of the efforts of many individuals and organisations, open access publications have now entirely taken over the field of digital journals.

A study carried out for the European Union revealed that more than half of all publications published in EU member countries, the United States, Canada, Japan and Brazil between 2004 and 2011 had been made available in Open Access on the Internet.

The study was conducted for the benefit of the European Union. Brazil is a leader in Open Access publication, with 63% of its articles made publicly available through SciELO, its electronic library.

How Much Does It Cost To Publish In Open Access?

Publishers charge anything from $0 to $5200 for gold open access, depending on the publication. If the institution has a membership or other connection with a particular publisher that allows it to a discount, the price may change from those shown on the publisher's website. In addition, several publishers provide special discounts to association members.

In 2011, the publishing business made sales of US$ 9.4 billion and published around 1.8 million pieces, according to industry estimates. According to these numbers, an average cost of US$ 5,000 per piece may be calculated.

According to experts who anticipate a profit margin of between 20 and 30 percent, an average cost of US$ 3,500 to US$ 4,000 per piece may be calculated based on their estimates (Van Norden 2013). To publish peer-reviewed articles in Open Access journals, the leading publishers (BioMed Central and PLoS) charge anywhere from US$ 1,350 to US$ 2,250 for each piece.

Articles published in more prestigious journals, on the other hand, can fetch up to US$ 2,700 or even US$ 2,900 in compensation. Alternatively, there are journals such as Cell Reports, which charge US$ 5,000 to publish an article, as well as peerJ, a recently created journal platform for Open Access publication, which publishes an unlimited number of articles per author for a fixed price per year ranging between US$ 99 and US$ 299 (depending on the number of articles published).

There is an estimated cost of US$ 5,456 for a print subscription journal article, according to the journal's website. In the case of digital and print media, the sum increases to US$ 6,494, whereas it is only US$ 4,674 in the case of digital format only. Using Open Access, these fees are around 30 – 35 percent lower: US$ 3,662 for a print publication, US$ 4,006 for articles published in both print and digital forms, and US$ 3,048 for a digital-only piece. (Houghton and colleagues, 2009).

When the way people consume information is changing dramatically, open access prices are leading major publishers to struggle to maintain their long-standing business models. They continue to offer subscription-based periodicals, so the money you pay contributes to, at least in part, that economic model.

You pay to make your work publicly available, but your money does nothing to develop open access as a new paradigm for scholarly communication in general.

Suppose you're going to pay an open access fee. In that case, it's a better idea to support a magazine that prioritises open access and makes all of the articles it publishes freely available online. As a result of your publishing in an open access journal, it will provide open access for your work and help boost open access in your field.

The money you spend goes toward creating a more successful scholarly publishing paradigm. The most crucial concern may be whether or not your manuscript will be accepted for publication in an appropriate open access journal. While the number of open access journals is expanding, and some are industry leaders, the best magazine for your work is likely published by a traditional publisher rather than an open access publisher.

When you publish an article with open access, anybody may read and download the paper without paying a fee to do so. This has been demonstrated to be beneficial, as open access papers are referenced more frequently in other scholarly journals than studies that are exclusively available through paid access.

Because of the wide range of costs, authors and institutions are being forced to rethink how they wish to allocate their limited publishing resources.