The History Of Cannabis - From Ancient Times To The New World 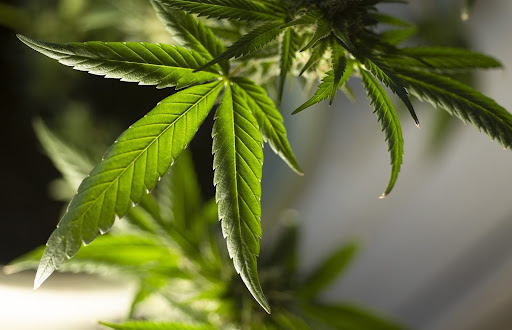 We can see evidence of the cannabis plant's relevance in the evolution of societies all around the world throughout history adding to the untold history of cannabis. The cannabis plant has been connected with religions, migration, colonization, and political powers all over the world, from China to India, Africa to Latin America, and Europe to North America, generating a rich history of cannabis.

Cannabis L. is a genus with several closely related species. Hemp and cannabis are both members of the Cannabis sativa subspecies. Both plants, however, have developed to be remarkably distinct. Industrial hemp contains less than 1% THC and has a wide range of practical applications (thus the term "industrial"), whereas cannabis or marijuana is its psychotropic relative, with THC concentrations ranging from 13% to 30%. The substance THC, a cannabinoid present in the sticky resin of female cannabis plants, is responsible for the psychoactivity associated with cannabis. The therapeutic chemicals of the plant are contained in this resin; until recently, the most well-known cannabinoid was THC, which was replaced by CBD.

Tetrahydrocannabinol is a psychotropic chemical found in the cannabis plant's resin glands. THC binds to cannabinoid receptors in the brain, which are concentrated in areas related with thinking, memory, pleasure, coordination, and time perception, according to the National Institutes of Health. Cannabis' "high'' can cause a number of symptoms, including altered perceptions of time and space, increased appetite, reduced short-term memory, feelings of happiness, and rare drowsiness. THC has shown promise in low dosages for its potential to relieve pain and muscle spasms, promote appetite, and assist lessen nausea, all while maintaining a safety profile that pharmaceuticals cannot match.

Each of these impacts varies significantly depending on who uses it, their age, how much they use it, how they use it, and how often they use it. 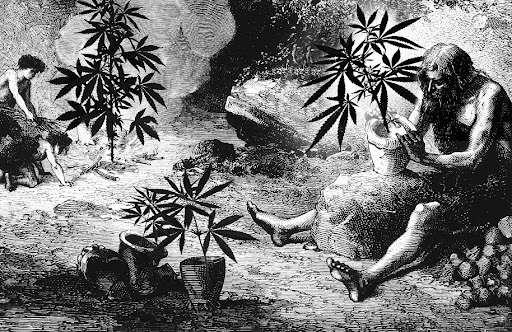 The Ancient Origins Of Medicinal Cannabis

The first human encounter with cannabis is thought to have occurred in Central Asia around 12,000 years ago. This was the Neolithic Period, a period marked by a major transformation in human civilization and survival: the birth of agriculture. Agriculture (producing crops) that is sustainable is a relatively recent development of contemporary human civilization, dating back only 10,000 years.

Humans have used every aspect of the cannabis plant throughout history. The roots, leaves, and petals were used medicinally and spiritually, while the seeds provided necessary fatty acids and proteins as sustenance. Cannabis is one of the world's oldest cultivated crops, capable of growing almost anyplace (some could even claim it grows like a weed).

Cannabis had made its way to India by 2,000 BCE, when it was originally accepted by both Buddhist and Hindu religions. Its use grew from its spiritual beginnings to include diseases like diarrhea and fever. Cannabis had spread to Persia, Greece, Germany, and France by 1,500 BCE, and the Middle Eastern Assyrians were utilizing it in religious rites by 900 BCE. Cannabis cultivation in Europe is thought to have begun around 800 BCE in Germany. Russia was likely an early adopter as well, but the medical qualities of the plants would have been minor in the frigid temperatures, and cannabis would have been used mostly for its fibers. 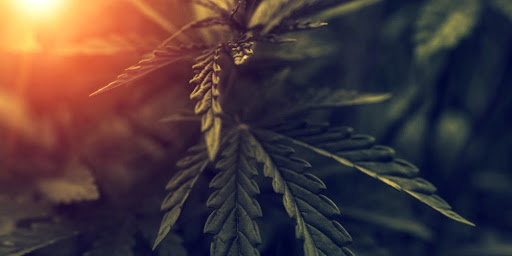 A bunch of cannabis leaves in the background of a sunset

Cannabis And The New World

Cannabis had become an important part of the European economy by the time the New World was colonized. Hemp's mass manufacturing began with the rise of maritime trade in Italy's powerful port of Venice, where it was turned into some of the world's finest ropes and sails. Other European maritime powers, such as Portugal, Spain, England, and the Netherlands, had significant hemp demand.

On hemp sails, explorers and conquerors arrived on the New World's coasts. Pedro Cuadrado, a conquistador serving Hernando Cortés, is thought to have been the first European to bring hemp seeds to the Western Hemisphere for cultivation. In an effort to minimize their reliance on Russian hemp, the Spanish colony of Chile began cultivating cannabis in 1545. At the time, Russia had a near-monopoly on hemp production.

In 1606 the French botanist and apothecary Louis Hebert, who became Canada's first apothecary, brought cannabis to North America via Nova Scotia. In 1607, the first British colony, Jamestown, Virginia, was created, and they were forced to grow hemp to aid their government to reduce their dependence on Russian hemp back home. Despite the fact that colonists preferred to grow food and tobacco, which sold for higher prices, King James declared agriculture essential in 1611. In 1619, every colony home was required to raise 100 plants, and by 1630, most colonist clothing was made of hemp. Connecticut made hemp cultivation mandatory in 1632, and Massachusetts followed suit shortly after. Farmers were permitted to pay off debts with hemp in 1682, while Massachusetts people were permitted to pay their taxes in hemp in 1735.

The American colonies had mastered spinning and textile production by the time the Revolutionary War began in 1775, and they no longer relied on their colonial powers to sell these products (produced from their own hemp) back to them. They began marketing their wares to France, Britain's primary economic and military adversary.

Cannabis extracts made their way onto apothecary shelves and into doctors' bags in the late 1800s. Dr. Ethan Russo, Director of Research and Development at the International Cannabis and Cannabinoids Institute, says that historically, cannabis was used for therapeutic purposes primarily in the form of teas, extracts, and tinctures (grains of hemp/hashish resin dissolved in alcohol)—not in smoked form—and that the resin would have contained roughly equal parts THC and CBD at the time.