In Vitro Fertilization - What It Means And Myths To Avoid 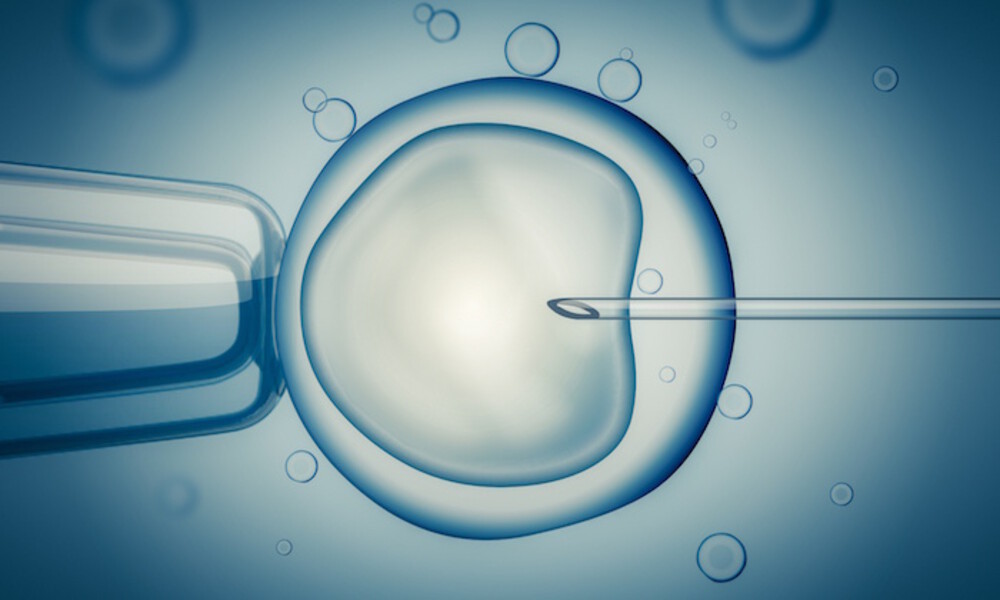 The hardship of infertility is unlike any other difficulty a couple may encounter.

It can be challenging to pinpoint the cause of infertility.

Even when the cause is clear, moving forward can be difficult and perplexing.

IVF, or in vitro fertilization, is often suggested as a solution for couples who are brave enough to try to solve the problem.

If you are researching it, you have probably come across a variety of information on both the benefits and drawbacks of IVF.

You have undoubtedly learned certain things that are more myth than fact.

What Is In Vitro Fertilization?

IVF stands for "in vitro fertilization," which refers to the process of fertilizing an egg and sperm in a laboratory rather than inside of a human body.

IVF is a form of assisted reproductive technology (ART).

IVF is a time-consuming process that involves taking eggs out of the ovaries and mixing them by hand with sperm in a lab before fertilization can happen.

A few days after fertilization, the fertilized egg, which is now called an embryo, is put into the uterus of a woman.

When an embryo inserts itself into the lining of the uterus, this is the first step in the process that leads to pregnancy.

5 steps to in vitro fertilization

Why Is IVF Performed?

IVF is able to assist infertile couples who are hoping to start a family.

Because it is both costly and invasive, in vitro fertilization is typically a last resort for couples who have tried everything else.

The use of fertility drugs and the procedure of intrauterine insemination are two of these options.

During this kind of procedure, a doctor will put sperm directly into a woman's uterus.

IVF may be required in cases of infertility if the following conditions are present:

In vitro fertilization is another option for parents who are worried about giving their children a genetic condition.

In a medical laboratory, the embryos can be examined to look for any genetic abnormalities.

After that, embryos with no genetic abnormalities are the only ones that can be implanted.

How To Prepare For In Vitro Fertilization

To do this, blood must be drawn and tested for levels of follicle stimulating hormone (FSH).

Your doctor will learn more about the size and quality of your eggs from the test results.

Your uterus will also be examined by the doctor.

This might entail performing an ultrasound, which creates an image of your uterus using high-frequency sound waves.

Additionally, a scope may be inserted into your uterus by your doctor through your vagina.

These examinations can help your doctor decide how to implant the embryos and can also show how healthy your uterus is.

Sperm testing will be required for men.

A lab needs a sample of sperm to figure out how many there are, how big they are, and what shape they are.

If the sperm are weak or broken, you may need a treatment called intracytoplasmic sperm injection (ICSI).

A technician uses ICSI to inject sperm right into the egg. ICSI is a potential step in the IVF procedure.

IVF treatment is a very individual decision. There are many things to think about, like:

3D animation of how IVF works

How Is In Vitro Fertilization Performed?

An IVF cycle consists of the following five stages:

Each menstrual cycle typically results in one egg being produced by a woman.

However, several eggs are needed for IVF.

Using more than one egg enhances the likelihood of creating a healthy embryo.

You will be given fertility drugs to increase the number of eggs your body makes.

Regular blood tests and ultrasounds will be done during this time by your doctor to track the development of the eggs and inform them when to be removed.

Follicular aspiration is the medical term for egg retrieval.

Anesthesia is used during this type of surgery.

The doctor will use ultrasound to direct a needle into the vagina, into the ovary, and into an egg-containing follicle.

Each follicle will have its eggs and fluid sucked out with the needle.

A sperm sample will be required from the male partner.

In a petri dish, a technician will combine the sperm and eggs.

If that doesn't work, your doctor may try ICSI.

Your doctor will keep an eye on the fertilized eggs to make sure that they continue to divide and develop as expected.

At this point, it is possible for the embryos to be examined for genetic abnormalities.

When the embryos have reached the appropriate size, they can then be implanted.

This often takes place anywhere between three and five days after fertilization has taken place.

During the implantation procedure, a small tube known as a catheter is placed into your vagina, moved past your cervix, and into your uterus.

Your doctor will then insert the embryo into your uterus.

When the developing embryo inserts itself into the lining of the uterus, this marks the beginning of pregnancy.

This could take anywhere from six to ten days.

If you take a blood test, the results will tell you if you are pregnant or not.

The following are some risks associated with IVF:

According to research, there is a marginal increase in the likelihood that the baby will be born prematurely or with a low birth weight when IVF is used.

When used to promote ovulation, injectable fertility medicines like human chorionic gonadotropin (HCG) can lead to ovarian hyperstimulation syndrome, which makes your ovaries uncomfortable and swollen.

However, if you get pregnant, your symptoms can last for a few weeks.

Rarely, ovarian hyperstimulation syndrome can become more severe, which can lead to fast weight gain and shortness of breath.

Egg collection with the use of an aspirating needle carries with it the risk of causing hemorrhage, infection, or damage to the intestines, bladder, or blood vessels.

When used during the procedure, both sedation and general anesthesia come with their own risks. 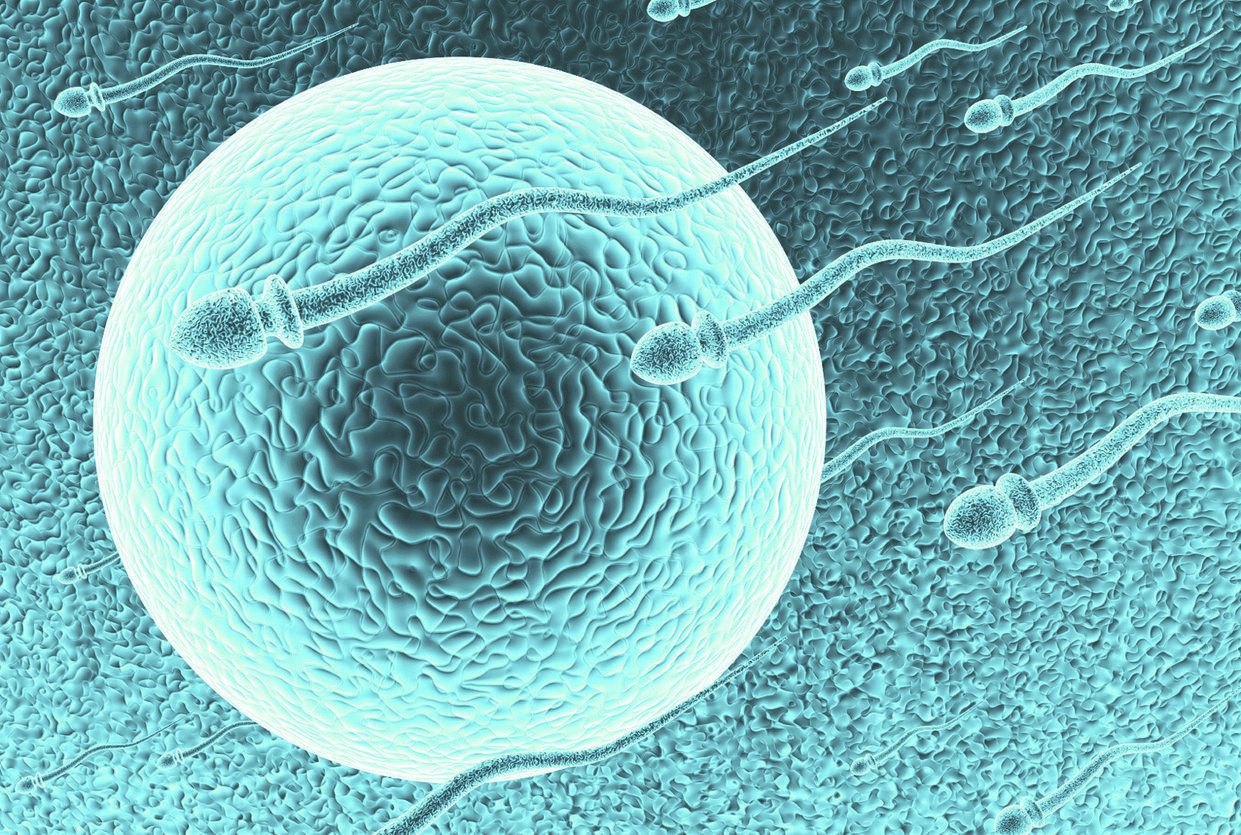 Several sperms swimming around an egg

When the fertilized egg implants outside of the uterus, usually in a fallopian tube, it is called an ectopic pregnancy. This happens to about 2% to 5% of women who have IVF.

There is no way to carry the pregnancy on because the fertilized egg cannot live outside the uterus.

No matter how the child is conceived, the mother's age is the main risk factor for the development of birth abnormalities.

More research needs to be done to find out if certain birth defects are more likely to happen in children made through in vitro fertilization (IVF).

IVF can be a significant drain on your resources as well as on your mental and physical well-being if you decide to use it.

You and your spouse can get through the ups and downs of infertility treatment with the aid of counselors, family, and friends.

Myths You Should Not Believe

People believe this because they don't know how in vitro fertilization (IVF) works to increase egg production.

A greater number of eggs than would be released during a natural ovulation cycle are thought to be released when IVF is used.

Menopause can start earlier if you "use up" eggs in this way over and over again.

In actuality, additional eggs are not necessary for IVF.

During a normal ovulation, more than one egg is made, but only one matures and gets released from the ovarian follicles.

In IVF, fertility drugs are used to cause "superovulation," or the release of multiple eggs at once from a single follicle.

This urban legend was born out of misinterpretation of medical studies demonstrating a correlation between infertility and cancer.

In fact, it reveals that the same circumstances that cause infertility can also cause cancer in women, which is not the same thing as saying that IVF causes cancer.

Studies conducted in 2019 refute the idea that infertility medicines cause an increased risk of cancer.

Multiple eggs may be collected during IVF, but only one egg is transferred to the uterus.

The number of eggs a doctor advises transferring to the uterus may depend on the patient's age and other circumstances, but the final say always rests with the woman herself.

Multiple pregnancies are more likely to have problems, but the chance of getting pregnant goes up as the number of transfers goes up.

Infertile Couples Must Use IVF

Although in vitro fertilization (IVF) is the most commonly used ART for infertility, it is not the only option.

Hormone therapy, fertility drugs, and surgery are some of the many options for infertility that don't involve ART.

Success rates for in vitro fertilization (IVF) can be improved at every stage of the process.

Regular physical activity, a balanced diet, and careful self-care can have a positive impact.

Some chemicals, including those in nail paint and some plastics, can even be avoided to help the process along.

IVF is not only a medical technique; it is a physical and emotional process that calls for your full attention and involvement.

How Long Does It Take To Get Pregnant With IVF?

Approximately one month and a half is required for each IVF cycle.

About half of all women under the age of 35 who undergo their initial IVF egg retrieval and subsequent embryo transfer will go on to become pregnant and have a child as a result of the procedure.

Is In Vitro Fertilization Painful?

It is similar to getting a pap smear or even having a vaginal ultrasound appointment.

Under the guidance of an ultrasound and with the help of a catheter made just for transferring embryos, one or more embryos may be moved to the uterus during this operation.

On an ultrasound screen, you will be able to observe the entirety of the process as it is carried out. This procedure does not involve any discomfort.

Can You Choose Gender With IVF?

During the in vitro fertilization process, you can choose the baby's sex but not its gender.

To do this, you will need to test the genetic makeup of your embryos.

This is something that can be accomplished through preimplantation genetic testing (PGT).

How Much Does IVF Cost?

The National Conference of State Legislatures says that, without medicine, the average cost of one round of in vitro fertilization is between $12,000 and $17,000.

When you factor in the expense of medication, it might get closer to $25,000.

It is a very difficult choice to determine whether or not to have in vitro fertilization performed, as well as what to do if the first attempt at getting pregnant fails.

The toll that this process can take on one's finances, body, and emotions can make it a trying experience.

Talk things over in great detail with your doctor to find out what your best choices are and whether or not in vitro fertilization is the route that you and your family should take.

You and your partner might find it helpful to talk to a counselor or join a support group as you go through this process.