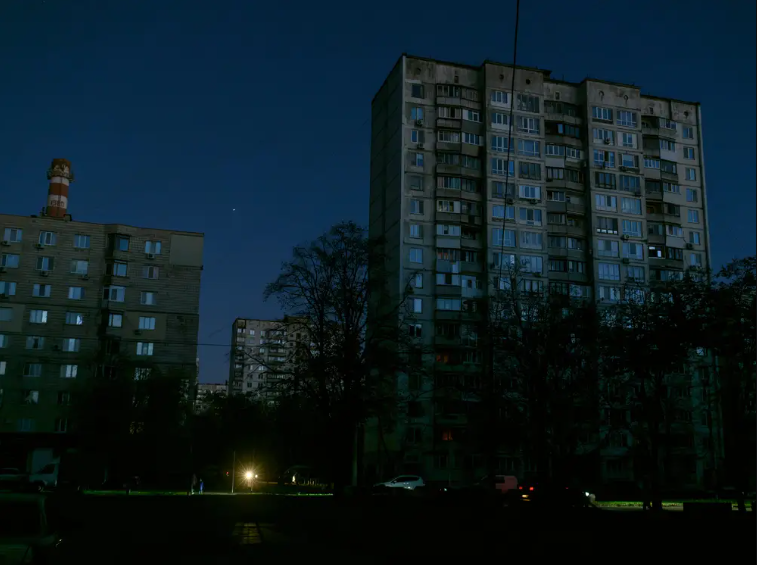 Kyiv residents consider leaving as power outages and salaries plummet. Residents of Kyiv have gotten used to being without power for 12 hours a day, but the situation is getting worse as the Russian missile campaign puts more pressure on the Ukrainian grid, causing even more power outages.

On Monday night, almost everything was dark in a busy neighborhood on the east bank of the Dnipro River. One cafe was open because it had a generator, but other stores, including a supermarket, and apartment buildings did not have power.

Without electricity, everything takes a lot longer, just as the weather starts to get cooler. There are lines for cash machines, which only work when the power is on, as well as for stores and welfare centers where people in the most need can get food.

Because of the power outages, street markets have sprung up on their own, even though they are not licensed.

People in Kyiv are using what they have and making do, just like they have been doing for most of this year. However, if the missile attacks don't stop, many of them may decide to leave the city and spend the winter months around a wood-burning stove.

Vitali Klitschko, the mayor of Kyiv, said on Sunday that the city is getting ready for the worst-case scenarios in case Russia keeps attacking Ukrainian infrastructure, which could leave the city without power or water. He said, "Our enemies are doing everything to keep the city without heat, electricity, and water supply, and in general, they want us all to die."

Lubov Mironenko claimed she had been waiting in line at a welfare center for five hours to get food. She is 70 years old. She said that the constant power outages have made it hard to live. 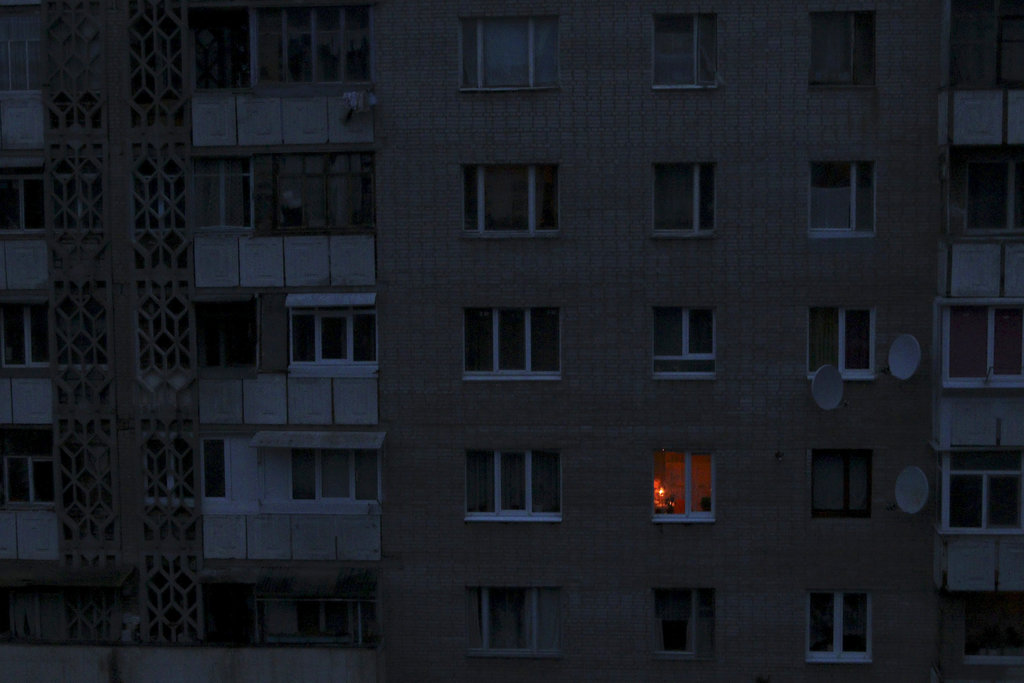 A building in Ukraine void of electricity

Marya Litvinchuk, a 29-year-old hairdresser, said that the extra power cuts, on top of the three planned every day, have made a bad situation even worse.

When the power went out on a set schedule, "you could plan to work, but still, working time was reduced by half." Of course, that meant that "earnings were also cut by half."

In order to keep her business going, she ordered special lights that run on batteries and spent $1,000 on a generator, even though the average haircut only costs $6. Then she found out she had been tricked and the generator didn't work, which was more bad news. She has to take the electric clippers home to charge them overnight.

If Kyiv has to be evacuated, like Ermantraut, she plans to move to the country to stay with her family.

Yuriy Pogulay, who is 39, is also having money problems. Not too long ago, Pogulay and another person owned a small cafe that was open from 9 a.m. to 10 p.m. Now, it's hard for them to stay open for more than three hours.

He said that sales had dropped a lot and that they couldn't keep food for long because they were trying to use the fridge less.

He said, I ordered a generator, but I don’t know when it will arrive.

Pogulay said that the business was having trouble making money. "With the generator, my costs will increase, but I can’t raise prices because the economic situation of people has worsened."

Due to the war, the World Bank says that the Ukrainian economy could shrink by 40% or more this year.

Anton Kargatov, a musician who is 36 years old, has been through less pain than most people.

Kargatov said, "I play music outdoors, so I don’t need electricity." He also has a sleeping bag and a power bank at home.

Victoria Storozh works at a pizzeria in downtown Kyiv. Because it is close to government buildings, the power doesn't go out as often as it does at other businesses. Still, she said, "My husband and I are ready in case we all have to evacuate, we have a stock of firewood and water at our dacha in the Kyiv region. We will live through the hard times there."

Serhey Kizilov, who is 23 years old, works as a rehabilitation coach out of a gym in the basement. He complained that lighting is just one of the problems he has to deal with.

Our whole sewage system depends on pumps running on electricity. Also our ventilation system. Even if we can make the rooms light up without electricity, we can't do anything about the sewage and ventilation. My income suffers also, because there are fewer people in the hall - not everyone wants to practice in such conditions.

- Serhey Kizilov, who works as a rehabilitation coach out of a gym