Putin Gets Rid Of Another Top Commander In Ukraine 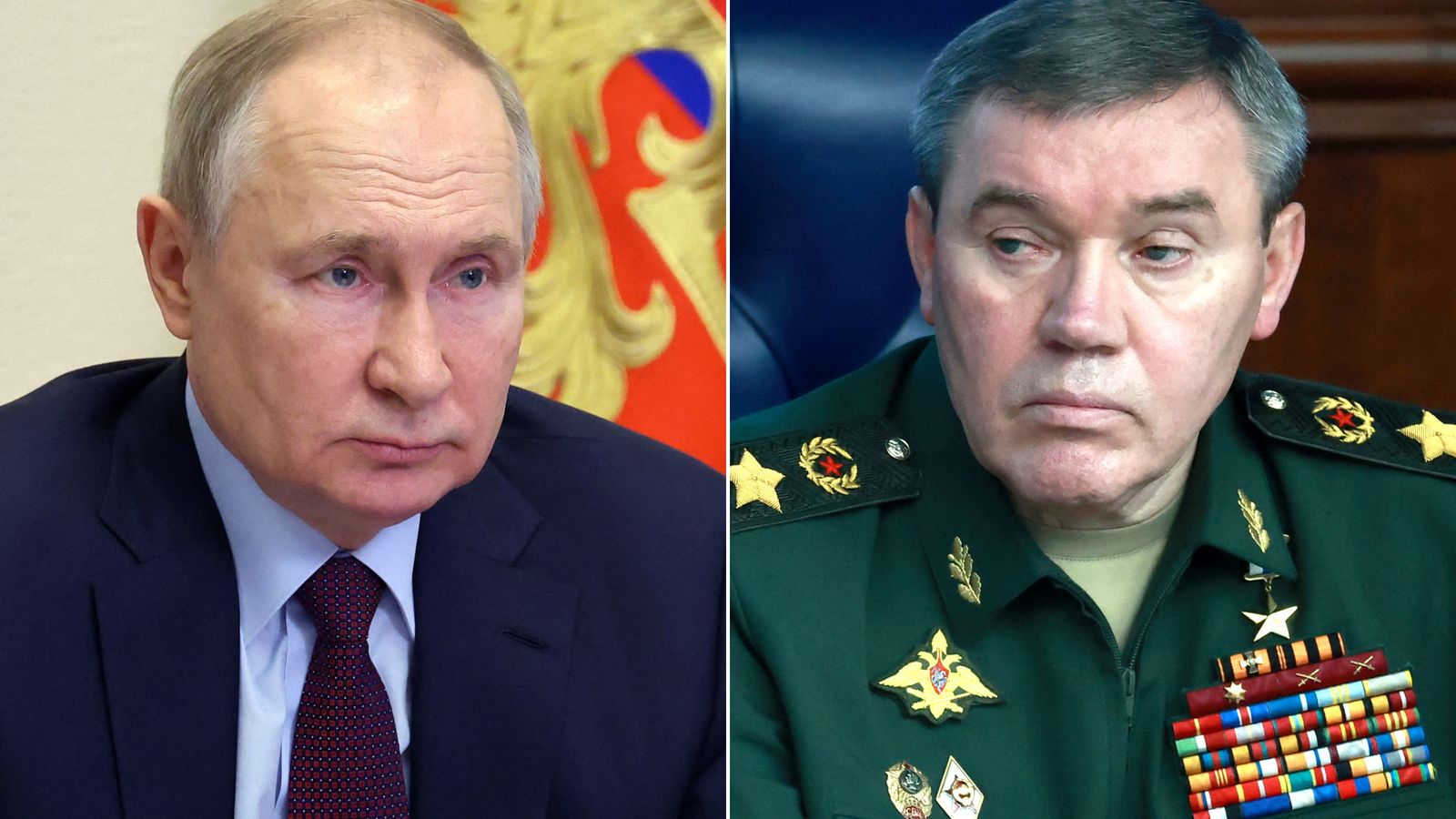 Putin gets rid of another top commander in Ukraine, and the head of the armed forces is given a "poisoned chalice." On Wednesday, the Russian Ministry of Defense responded to mounting criticism of its leadership of the stalled military operation in Ukraine by announcing yet another reorganization of the commanders leading the conflict there.

It wasn't until October that Surovikin was given the role of overall commander of what the Kremlin refers to in euphemistic terms as the "Special Military Operation."

The announcement does not cause much of a shakeup in the hierarchical structure of the bureaucracy. Surovikin has already informed Gerasimov of his whereabouts.

But the decision puts Gerasimov, who has been chief of the General Staff for more than a decade, closer to direct supervision of the campaign – and to responsibility for it. While Gerasimov was a key figure in planning the invasion, he appears to have been at arm’s length since, with just one reported visit to the command of the campaign inside Ukraine, though the Defense Ministry did not confirm that either.

It is a kind of demotion [for Gerasimov] or at least the most poisoned of chalices. It’s now on him, and I suspect Putin has unrealistic expectations again.

Gerasimov has gone weeks without making public appearances and was not seen at the Victory Day parade in Moscow last year, leading to speculation about his position at the time.

He now has direct command of the Ukraine campaign as well as the role of chief interlocutor with the US on issues such as military "de-confliction."

He last spoke with General Mark Milley, Chairman of the US Joint Chiefs of Staff, in November, after a Ukrainian air defense missile landed in Poland.

It is unclear why the Russian Defense Ministry has made this decision at this time. It stated that there was a "need to organize closer interaction between the branches and arms of the Armed Forces" and that "command and control of troop groupings" needed to be improved.

According to the new structure, Gerasimov's seniority will improve coordination in a campaign where different branches of the armed forces have frequently appeared to be out of sync.

Some analysts believe the move is also an attempt by the ministry to tighten its grip on the campaign ahead of a critical few months in which the remainder of the reserve force mobilized in the autumn of 2022 will be deployed following training.

The Ukrainian military has said it expects a fresh Russian offensive in the early spring. The overall military commander in Ukraine, General Valery Zaluzhny, told the reports in December:

They [Russian forces] are 100% being prepared.

A major Russian attack could occur "in February, at best in March, and at worst at the end of January," according to him.

According to Rob Lee of King's College London, Wednesday's announcement "reasserts the MoD's position overseeing the war... This could also be a reaction to Wagner's growing influence and public role in the war."

Yevgeny Prigozhin, Wagner's boss, has been both vocal and visible on the front lines, with his contract fighters prominently involved in the assault on Soledar in the eastern Donetsk region. He has stated numerous times that Wagner mercenaries fighters are solely responsible for advances in the Soledar area.

Prigozhin and Russian Defense Minister Sergey Shoigu have a long history of feuding. Prigozhin, on the other hand, has praised General Surovikin for orchestrating an orderly withdrawal of Russian forces from the southern Kherson region as their position became increasingly untenable.

Generals have to win victory after victory every day. To whom can Surovikin be compared? Surovikin is honest and principled, he is trusted by the army.

Some commentators wonder if the ministry is "circling the wagons" as criticism of its handling of the campaign continues. Colonel-General Aleksandr Lapin, who was fired as commander of the Central Military District in October, was named Chief of the General Staff of the Ground Forces on Wednesday.