Rotary Dial Phones - What Are They And How Do They Work? 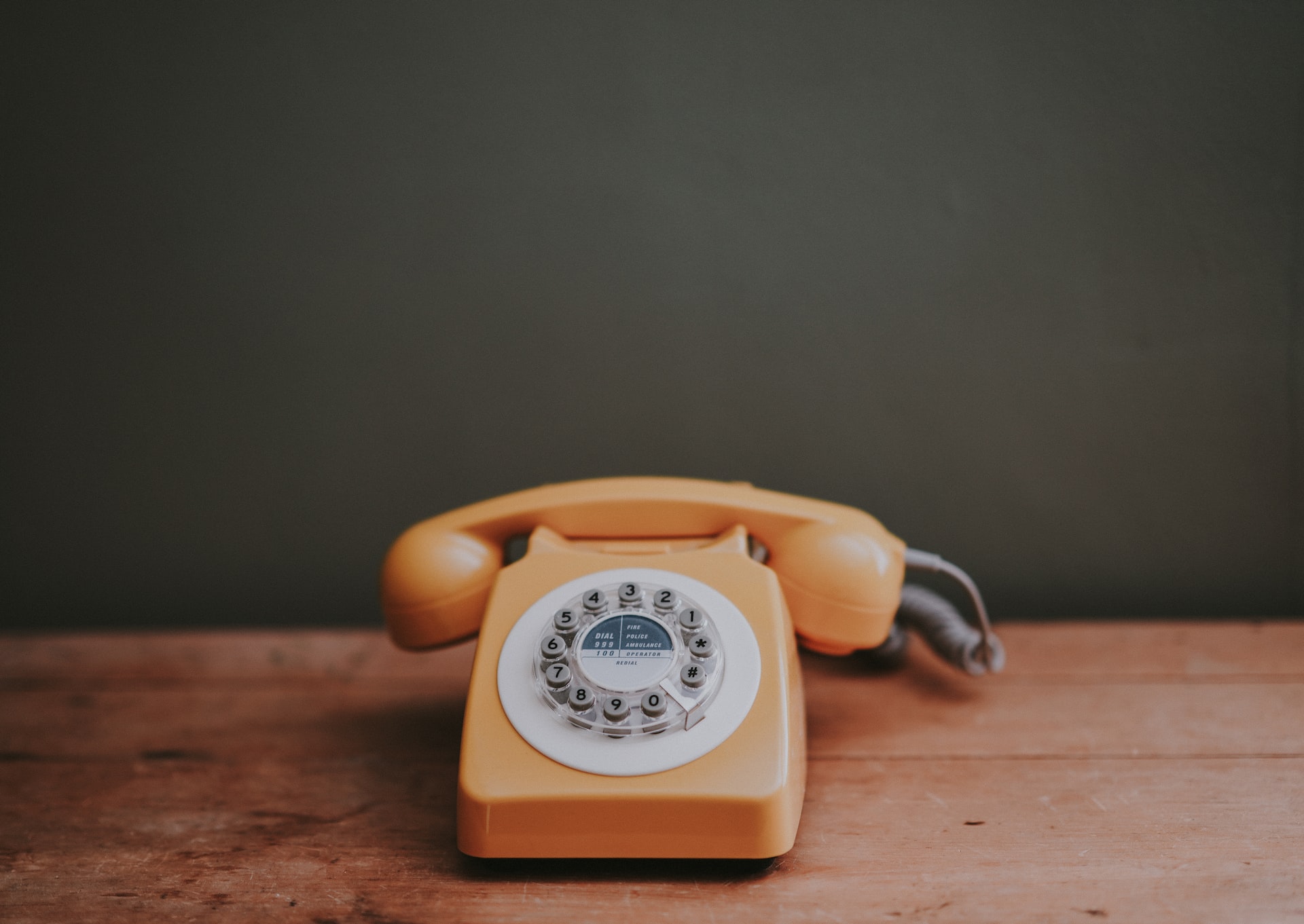 Once upon a time, rotary dial phones were the only way to talk on the phone.

Like cell phones today, everyone had one, and for decades, they were the only way to talk within a country.

But that all changed in the 1980s when push-button phones came along and took their place. Their time was running out.

Sad to say, many people born after the 1990s have probably never seen one.

But for those who do remember, come with us as we go back in time to remember this great moment in the history of telecommunications.

The Invention Of The Rotary Dial Phones

In New Haven, Connecticut, the first commercial telephone exchange opened around 1878. You probably already know that in the beginning, a human operator had to use patch cables to connect calls.

In the past, people would pick up the phone's receiver and turn a handle, which would make a light flash on the operator's panel. The operator would pick up, ask where the call was going, and then "patch" them through.

As you might guess, this was not a very good way to do things. But because there were no other options, this was the norm for many decades.

During the war, this network was always put to use by the military and emergency services first. This meant that it could take up to two hours for civilians to connect.

After this, it was clear that there needed to be some way for users to enter phone numbers. Someone had to be taken out of the middle of things.

Inventors quickly saw how useful this could be, and from 1879. A lot of patents for systems came in. During this time, 26 patents were put in for different dial and push-button phones.

All of these ideas turned out to be too hard to use or too expensive to make. In 1892, the first real rotary phone was put in place in La Porte, Indiana.

This rotary dial phone was made based on a patent from 1891 by Almon Brown Strowger. On the finger plate of these early rotary phones, there were lugs instead of the more familiar holes that came later.

By 1919, companies like the American Bell Company had started to offer rotary dial phone service across the country. The good times were about to start for them.

How To Use A Rotary Dial Phone

Aside from how phones work in general, the rotary dial is both complicated and easy to use. The user didn't have to think too hard about how to use the phone. Well, that's what we call it. But you should never forget how naive young people can be.

If you've never seen one, the front of a rotary phone had a large disc, or dial. They could be made out of either plastic or metal, or a mix of the two.

Even though there were different styles, most of the dials were about 7.5 cm in diameter and had ten holes around the inside edge. These holes had to be big enough to fit a person's fingertip.

If you're wondering, the letter Q wasn't left out because it wasn't usually there. If there was a Z, it was often on the zero dial hole.

The numbers were also not in the same order. The most common order was from 1 to 9 followed by 0 as the first digit at the beginning of the dial. Other, less common ways to write the number were 0-9, 9-0, or 0 followed by 9-1.

To call a number, the user would put their finger on the number they wanted to call. The deal would then be turned until the finger stopper was hit and a soft clicking sound was heard. When they took their finger off the dial, it would spring back to its starting position, ready for the next number to be entered.

Most of the time, dialing zero took the most time because the finger stopper was usually the farthest away from it. Unlike modern phones with push buttons, rotary phones had no way to call the same number again. Every time the phone was used, the person would have to type in the whole phone number.

After they became popular in the early 1900s, rotary dial phones were the only type of phone used everywhere. They became part of everyday life and even changed the way English words are used.

This technology is so old that it may be responsible for words like "dialing" that are still used today. But they couldn't stay at the top forever.

In the 1960s and 1970s, the first push-button tone dial phones came out. Even the first models had the same rotary dial signaling on the PABX, but buttons were used to make calls.

This was first shown off at the 1962 World's Fair and in the early 1960s under the brand name "Touch-Tone." By the 1980s, most rotary phones had been replaced by this new technology.

Can You Still Use Rotary Dial Phones?

Fiber-optic and many cable-modem networks put the equivalent of the switch right at the customer's home. This translates the signal for the copper wires inside the house. As long as those switches still support rotary dialing, which most of them do, the old phones will work.

When Did Rotary Dial Phones End?

Western Electric, a company that designs and makes electrical equipment, made the desk model shown from 1950 to 1986, when the rotary dial was no longer used.

What Letters Do Rotary Phones Not Use?

People were worried that they wouldn't be able to remember phone numbers with more than five numbers, so each number from 2 to 9 was given three letters. Q and Z are thought to have been left out because they look too much like 0 and 2.

Maybe you have an old rotary dial phone collecting dust or you just like the idea of bringing a little of antique technology into your home and were wondering if it would still work. Depending on your Internet service provider, the response could be unexpected.

Dial a number that has 1 in it to see if the rotary dial functions. To dial the 371-4000 area code, for instance, you would first dial 3 and 7, but then quickly hang up the phone once to "dial" the 1. You could then use the push buttons to get the remaining digits. If this does the trick, you can be assured that rotary phones are still viable.