Angioseal – How It Works And Benefits Of Using This Device 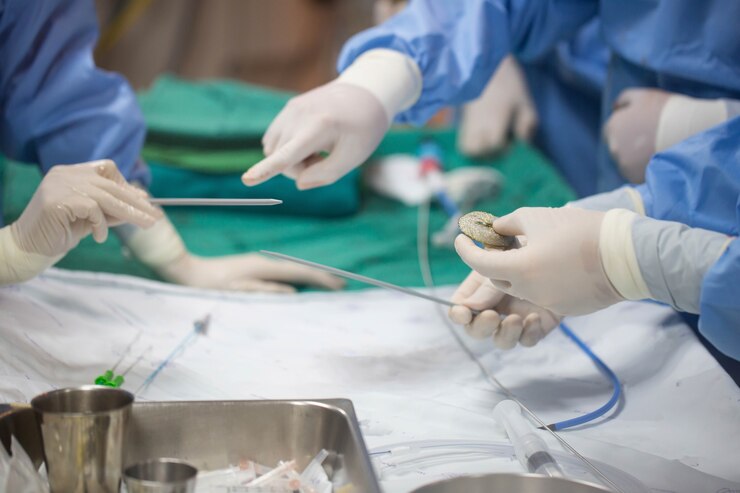 Angioseal is a medical device that is intended to be used in patients who have had diagnostic angiography procedures or interventional procedures to reduce the amount of time needed to achieve hemostasis at the site of a femoral arterial puncture and to help close the puncture site (minimal artery diameter of 4mm).

What Is An Angioseal Used For?

After an arterial puncture, the Angioseal arterial closure device is often used to stop bleeding and make early ambulation possible for the patient.

The Angioseal is a device that serves as a closure.

After angiography, operations like heart catheterization halt any bleeding that may have occurred.

The arteriotomy is enclosed by a bioabsorbable anchor and a collagen sponge, which disintegrates after sixty to ninety days, producing a mechanical seal using the device.

The Angio-Seal arterial closure device is often used to minimize bleeding and early ambulation after an arterial puncture.

Bleeding, hematoma, aneurysm, infection, arterio-venous fistula, allergic response, and foreign body reaction are all complications connected with the usage of these devices.

According to one study, the risk of significant problems varied from 0–15.8 percent, while the rate of mild complications ranged from 0–23 percent.

Most vascular problems with Angioseal devices are attributable to dissection and occlusion at the deployment site in the femoral artery, not distant embolization.

After deploying the Angioseal device for arteriotomy closure, patients who are candidates to receive the device are permitted to ambulate 20 minutes after the device has been deployed.

The majority of the time, however, patients are instructed to remain in bed for several hours after the deployment of Angioseal.

A tiny collagen sponge and a suture (stitch) that is absorbed in sixty to ninety days are used in the angioseal technique.

It might take anywhere from six to eight weeks for you to completely recover.

It is essential to both your therapy and your safety to get follow-up care.

Remember to schedule and attend all of your visits, and get in touch with your primary care physician if you have any issues.

On the interior of your artery, a dissolvable anchor will be placed.

On the outside of your artery, there will be a collagen sponge that may dissolve and is absorbable.

The anchor and the collagen are brought closer together by a stitch, which results in the formation of a seal.

The seal puts an end to the bleeding and makes it possible for your artery to recover.

After undergoing coronary angioplasty operations, Angioseal, an implanted hemostasis device in the femoral artery, is employed.

How Long Does Angio Seal Last?

The angioseal is a device that consists of a tiny collagen sponge and a suture (stitch) that is absorbed in the body between the 60th and 90th day after it is placed.

When Should You Not Use Angioseal?

Suppose the arterial puncture site is above the inguinal ligament or below the femoral bifurcation. If the vessel is diseased or if the artery is smaller than 5 mm in diameter, an Angioseal should not be deployed.

What Is Angioseal Made Of?

The Angioseal comprises three bioabsorbable components: a tiny rectangular anchor, a collagen plug, and a polyglycolic suture that connects the two.

After the anchor has been positioned on the intraluminal wall, it is placed on the arterial wall by drawing on the connecting suture.

After puncturing the femoral artery, using the Angioseal offers a risk-free way to stop the bleeding and achieve hemostasis.

It is simple to implement, results in a high level of satisfaction among patients, and paves the way for early ambulation and departure from the hospital.

The vast majority of patients who suffer from the peripheral vascular disease can safely use the device so long as they adhere to a few simple rules.

It provides several significant benefits in comparison to the conventional approach of manual compression.